At a time when Telangana’s Chief Minister K Chandrasekar Rao is seeking the continued support of the people of the state to take Telangana forward on the path of development, with several schemes and initiatives being carried out successfully, several municipalities in the state seem to paint a different picture.

Several municipalities, or ‘Urban Local Bodies’ as they are called, claim that the state government is ‘freezing’ the budgets of municipalities, which is making it difficult for them to carry out any development work in their municipalities. #KhabarLive delves and get the reality picture with its ground report.

According to Jabir Ahmed, the vice-chairman of Bhainsa municipality, accounts are being frozen every 2-3 days, making it difficult for them to access funds needed for development.

Vijaya Laxmi, the chairperson of Jagtial Municipality Thatiparthi, claims that after tenders for works are given and completed by contractors, the funds under Plan Grants, Non-Plan Grants, and others are stopped under freezing.

“As a result, there aren’t sufficient funds to pay contractors and we have to shell it out from general funds. Then it becomes a problem for other purposes we need general funds for,” she says.

Jabir Ahmed claims that even general funds are being frozen, which makes it impossible to carry out even small payments such as paying salaries, which then get delayed for weeks. 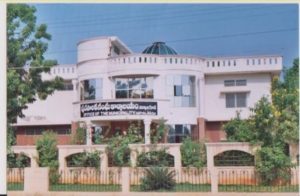 Urban Local Bodies (ULBs) are local self-governing institutions as per the 74th amendment to the Constitution. In India, ULBs are responsible to implement various socio-economic development schemes. Behind self-governing bodies, they are required to generate their own funds, but also receive monetary support from the state and centre in the form of grants, loans and schemes.

Self-raised funds, which municipalities refer to as General Funds, are funds collected through taxes such as property tax, advertisement tax and water fee, sanitation fee, trade license fee, among others.

The Chairperson of a ULB is an elected member and all ULBs come under the administrative control of the Commissioner and Director of Municipal Administration (CDMA).

Jabir Ahmed claims that the issue of freezing has been rampant since the TRS government came into power. “This is my third year as the chairman. Since I’m an old chairman, I know what’s been happening. I never witnessed such issues with earlier governments,” he claims.

According to him, taxes collected by ULBs were remitted into a general account maintained by them up to 2013. “But now, for any cheque to be passed, the finance department’s clearance is required and by the time that happens, the account is on freeze and the cheque bounces. There isn’t a single month when there isn’t freezing and cheque doesn’t bounce. Every 2-3 weeks, there is a freezing,” he adds.

“Initially, the general funds that we collected, we had the right to spend it. If we wrote the cheque today it would get passed in a day but since TRS came, government accounts were opened are funds are kept there. Any tax that we collect also goes there and when we write cheques, till they give permission from the finance department, the cheque is not passed. That’s freezing,” she says, adding that even small expenditures such as payments of labour salaries get delayed endlessly due to this.

They have been complaining that there is a wait time of a minimum of 10-15 days to be able to spend small amounts as well. And both claim that this problem has started since the current government came to power.

And it’s not just Bhainsa and Jagtial municipalities that are facing this problem. Miryalaguda Municipal Chairperson T Nagalakshmi Bharggav also says that the problem of freezing in rampant.

“We have the same problem, whatever little funds we have get frozen. It’s getting very difficult for us to undertake development. In fact, there has been almost no development here,” she adds.

Jabir and Vijay Laxmi claim that nearly every municipality in the state is facing these issues.

Some of the Municipalities also claim that they haven’t been receiving funds under the 14th Finance Commission.

“The 14th finance commission funds from centre, once allocated, comes to what is called the 003 account. But when we write cheques for that money, it doesn’t get passed for months together and then it bounces,” Jabir claims.

Vijaya Lakshmi, on the other hand, claims that the 14th finance commission funds were sanctioned but were then diverted back.

“They keep saying it will come in a week but doesn’t come. The funds have come from the central government almost 9 months ago, I don’t know what they did with it but hasn’t come into our hands,” she says.

Jabir claims that his municipality hasn’t received a single rupee under the SC/ST funds for the past two years.

“Plan grants, non-plan grants, road, state finance grants, not one rupee has come in the last 3 years. We wrote many letters, even AIMIM MLA Akbaruddin Owaisi has written letters on our behalf requesting for sanction of funds, but to no avail,” he adds. Jabir Ahmed too, is a member of the AIMIM.

Vijaya Lakshmi further claims that funds of Rs 5 crore that her municipality got and Rs 2 crore that Metpally and SC/ST funds too, that they had to receive were diverted.

Nagalakshmi also claims that whatever little funds do come in from the state have been getting diverted to other departments or schemes such as Mission Bhagiratha.

“In Nizamabad, work orders for Rs 14 crore work were given under 14th finance, but just when work was to start the funds were diverted,” Jabir claims. However, John Samson, Commissioner of Nizamabad Corporation declined to comment on the same. 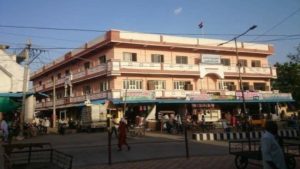 CAG report on utilisation of funds

In fact, the ‘Report of the Comptroller and Auditor General of India on State Finances for the year ended March 2017’ has noticed that there was excessive/unnecessary/inadequate re-appropriation of funds to heads where original provisions were not made.

“Analysis showed that out of 10,060 items of re-appropriations made by the State Government during the year 2016-17, specific reasons were not intimated in respect of 7,338 items (73 per cent). Several policy initiatives taken up by Government were either unfulfilled or were partially executed, primarily due to non-approval of scheme guidelines/modalities, poor project implementation, apart from non-release/short release or non-utilisation of budgeted funds.”

One such instance is no utilisation of the funds granted under Scheduled Castes Sub-Plan and Tribal Sub-Plan.

As part of ‘Assistance to Municipalities under State Finance Commission Grants’, grants under ‘Scheduled Castes Sub-Plan (SCSP) and Tribal Sub-Plan (TSP) are to be allocated to Urban Local Bodies on SC & ST population basis for taking up development works in SC & ST localities.

As per the audit report, a total budget of Rs 321.87 crore was allotted, which also included funds for infrastructure development in ULB, Rs 80 crore was allotted under SC Development Department and Rs 50 crore under the Tribal Welfare Department. However, there has been no utilisation of these funds.

As per the audit report, the reason stated by the department was, “non-release of funds provided under SCSP and TSP to Scheduled Caste Development and Tribal Welfare departments. Despite specific requests, Government did not release the balance funds.”

Under the Pradhan Mantri Awas Yojana – Housing for all scheme, Jabir claims 1322 houses were sanctioned to Bhainsa last year and Rs 9 crore subsidy was allotted, but those funds were never sanctioned.

“Under housing for all scheme, I got sanctioned 1,322 houses, the list came and Rs 9 crore subsidy was allocated from central government, but I don’t know where those funds have gone. These are for those whose houses are in dilapidated conditions. At least if a part of it is given, people can pool in their own resources and build something. But nothing has come in the past two years,” he claims.

Similarly, according to the audit report for the year ending 2017, Rs 478.36 crore was allocated to the Pradhan Mantri Awas Yojana (PMAY)- Gramin. This scheme’s objective is to ‘provide pucca houses with basic amenities to all houseless households and households living in kutcha and dilapidated houses in rural areas by 2022.’ However, out of the money allotted, nothing was spent. While there was a physical target of 50,959 houses, the achievement was nil.

The audit report observed that ‘belated releases by GoI resulted in non-implementation of the scheme to provide pucca houses during the year.’

However, Arvind Kumar, Principal Secretary, Municipal Administration and Urban Development (MA&UD) Department rubbishes claims made by these chairpersons of funds not reaching them, or funds being diverted.

“They are institutions of self-governance. They are supposed to raise their own resources. So, blaming anyone else like the state government is wrong. Moreover, saying money has been diverted is based on hearsay and not based on facts at all. These are incorrect statement to make,” he said.

“Under TUFIDC, we have sanctioned works more than Rs 800 crore to municipalities. So, it’s not as if funds aren’t going to them. Over and above that there are CM assurances and works taken up. I don’t understand where the shortage is. The state government is trying to help municipalities. One or two disgruntled chairpersons don’t necessarily represent the larger picture,” Arvind said.

Speaking of the 14th finance commission funds, Arvind reiterates that ULBs are supposed to raise their own funds and funds from the State government including the 14th finance commission is only supplementary. “Except the last instalment, all the funds from the 14th State Finance Commission is with municipalities. And 14th finance as part of the budget isn’t a very big amount. They (ULBs) are supposed to find resources and take up works. In fact, some of them are doing very well,” he adds.

However, according to Nagalakshmi and Narayanpet municipality chairman Anasuya Gandhe, general funds don’t suffice, especially to take up development-related work.

“General funds are very less. They are only enough for things like electricity bills, other bills and to pay temporary labour. We need more funds to get work done,” Nagalakshmi says.

Anasuya, on the other hand, says that for small municipalities like hers, general funds are only enough for salaries. But that too, she says isn’t sufficing. “We aren’t even able to pay salary to the staff. We pay once in 3-6 months. It’s becoming a problem, the staff is also less and as a result, we are not able to get work done efficiently. Staff comes to us complaining, but what can we do?” she says.

Nagalakshmi says that raising more funds would be increasing taxes. But that’s not something that will be well received by people. “If we have to raise more funds, at the level we need, if we increase taxes accordingly, they won’t receive it well. Who will agree to a sudden increase in taxes? That’s a huge problem for us,” she adds.

Vijaya Laxmi says that they have spoken to KT Rama Rao (Minister for Municipal Administration and Urban Development), the State Finance commission chairman, and even K Kavitha, who is the MP for Nizamabad. “They only say it will get done, but there has been no improvement,” she claims.

Nagalakshmi also says that they met KTR previously during a meeting of chairpersons. “He said Rs 200 crore will be released but gave only Rs 50cr till now. But I don’t know whether the remaining Rs 150 crore will come…we don’t know what the future holds,” she adds.

With the dissolution of the Telangana Assembly, it has become more uncertain how and where the municipalities will get their funds from. #KhabarLive