Duping in the name of Halal investments is an issue that has left thousands of Indian Muslims confused, scared and angry. Muslims in two cities -Hyderabad and Bangalore are especially at the receiving end, yet there is every chance that unless you are from that region and following local media, you may have no clue that thousands of Muslims have been duped over just the past year in the name of “Halal” investments.

In these ‘Halal’ offers, even more attractive than the Halal factor was the ridiculously-high returns they promised to their investors. This, coupled with religious scholars who were too happy to promote such companies, meant that Muslim investors came in hundreds. Such smart marketing embedded with lies and deceit meant that these companies were easily able to fool people.

In this article, will look at how companies like Heera Gold, now at the centre of a confirmed Ponzi scheme, used a combination of religious symbolism, Ulemas, fake propaganda and political tools to attract investors in Hyderabad. 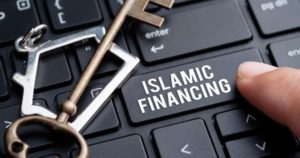 #KhabarLive certified Islamic Finance expert Syed Mohammed Abud Asif explains why it is easy for Muslims to fall for such fraudulent companies and how the Indian government passively encourages such companies by not providing adequate Shariah-compliant banking avenues for the country’s Muslims. He also lists the basic mandatory checks that Muslim investors must make before investing in any company that claims to be Shariah compliant.

I have watched in part amazement and part despair as over the past year, thousands of Muslims have lost their hard-earned money at the hands of fraudulent companies who promise ridiculously high returns in the name of ‘Halal’ investments. I sometimes wonder why people would willingly walk into such traps without double-checking on the companies, their ‘Halal’ label, their books and accounts etc. But then I also realise that the answer is right in front of me.

Take, for example, a student who gets recruited to, say, a software company through campus recruitment and is able to save Rs 25,000 per month. A year later, he/she is able to save Rs 3 lakh per year. At different stages, all his classmates manage to get started with business or secure a decent job and continues to invest in some form or the other through mainstream banking routes. Meanwhile, the Muslim student remains confused because as a pious Muslim, he is not encouraged to invest and/or earn interest. When he/she thinks of an investment options, depositing with the conventional bank or insurance with insurers would not be an option.

It is also important to point out that over the past few years, a certain image of Shariah-related investment has developed which makes it sound like Shariah is anti-profit. However, this is an utter myth. A huge number of companies in India are Shariah-compliant and equity is the preferred mode of investment in Shariah. Hence, stocks should wide acceptance among Muslim investors as long as these stocks follow Shariah rules. In fact, even the National Stock Exchange and the Bombay Stock Exchange have a Shariah index which allows you to keep track of investments and companies that follow Shariah principles. The moot point, however, is this: how do you encourage a population that is economically and socially backward to invest in something as technical as equity investing? Plus, talks of stock investments ring premature when seen in context of the large-scale marginalisation of Muslims when it comes to having access to Shariah-compliant banking.

The only option left, then, is to either to start new business with the help of relative or friend or invest in real estate. And we know that starting a business is neither possible for everyone nor ideal. In the case of real estate, the investment amount is high and it is illiquid (cannot be converted into cash immediately).

Where then, does the money saved by Muslims go? Either it lies unattended in banks (which banks use to further the loan-anti Shariah business) or the money lies at home losing value). Who is to be blamed for this? Our savings are not used by ours and not used for our cause – either business, education, insurance or any needs. And despite several proposals, suggestions and ideas, the Reserve Bank of India and the Government are not in favor to allow full-fledged interest free banks and Takaful (insurance) companies to operate. And when even the ‘pro-Muslim’ Congress/UPA government did not allow it, do we honestly expect this NDA government to do so? 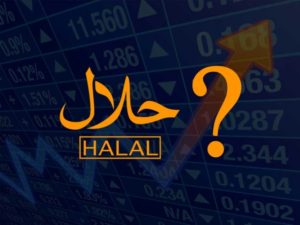 As a result, India finds itself in a rather unenviable position. The world’s third-largest Muslim population has less than 3% representation in financial system. This is even less than their representation in the Indian bureaucracy (4.7%) which itself is hardly a number to feel good about.

No wonder then, that the cases of Bangalore and Hyderabad have become common these days. Companies which claim to do business in terms of Islamic rules of transactions have failed miserably in terms of performance and hence couldn’t sustain over period of time. They pool investment from small savers, business organization and retired individuals and promise an expected return which they can’t provide for. The Ponzi schemes played the same game, only adding to the image that interest-free financial institutions are not to be trusted. What we need is a an interest free financial model which is legally sound, financially robust, commercially viable, socially inclusive and shariah compliant.

It is true that many companies have tried to do that due to many internal and external factors. Mismanagement of funds, Excessive exposure to real estate and dubious financing practice are just a few of the problems. The massive rise and the subsequent fall of ponzi companies have once again necessitated the task of reformation of real alternative. In this context, companies like Rehbar, Mount Judi, Secura, Cheraman and TASIS (shariah indexes) are some of the ground breaking efforts furthering the alternative option.

In the cooperative societies level, there are institutions like Janaseva, Sanghamaum, Al khair, Bait un Nas, Sahulat Microfinance and Islamic Welfare Society which have earmarked trust in the public in terms of their performance and sustainability. On the stock exchange, there are Tata Ethical Fund and Taurus Ethical Fund which will appeal to the faith-based investor. There are no capital market instruments (stock and bonds, debentures, treasury bills, fixed deposits) available so far that claim to be Shariah-compliant.

Any business/finance or investment in accordance with Islamic Principles is called Shariah-compliant. There are research reports, books and many speeches available on the issue, but essentially there are four principal rules/criteria to check the Shariah permissibility:

The first and foremost is the business activity screening. Before investing, make sure that the company doesn’t violate any shariah prohibition. Accordingly, any involvement or investment in business of alcohol, pork, gambling, tobacco, and any interest-bearing transaction and all those that are prohibited under Islamic law are to be avoided. 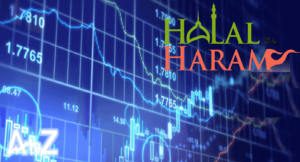 Second, all the business undertaking or investment commitment needs to be thoroughly written down between the parties and the witnesses are sought to form a contract. While contracting, all terms and condition should be in clear guideline so that no disputes arise in the future. Any uncertainty as to the subject matter, price, delivery date etc shouldn’t jeopardize the true and actual performance of the contract.

ALSO READ:  The Undisputed 'KCR' - The 'Mascot' Of Telangana's Pride

Third, any partnership or co-venture between parties must have equal chances of profit or loss. Any investments that claims to make a fixed sum of money as returns are void under Islamic law. As with any investment, there is a chance of making losses the same applies to Shariah-compliant business/ investments as well. Reporting losses doesn’t mean non compliance with Shariah.

Fourth, any investment that doesn’t disclose their business in terms of nature and accordingly their accounting fails the test of compliance. This demands the accounting and auditing of the whole business.

These are the prerequisite notes that can be controlled if external body legitimately have supervision both from commercial and legal (including Shariah) point of view. And this is where the fraudulent companies were able to get away. Insurance companies have the Insurance Regulatory and Development Authority of India (IRDAI); the stock market has the Securities and Exchange Board of India (SEBI); banks have the Reserve Bank of India (RBI) and Halal-compliant companies? There is Ministry of Corporate Affairs and the Registrar of Companies but that is for all registered companies. However, there is no single body or authority that investors who have lost money in these companies can approach. This was most visible when complaints against Heera Gold surfaced; it was between the Crime Branch, the Economic Offences Wing, the Enforcement Directorate and the Serious Frauds Office of India to decide. No wonder then, that the people who have lost money have little hope of ever getting their money back.

The most fundamental yardsticks to consider is the shariah-compliant actual business performance, growth and development and its impact in the economy and its future course of business. It is becoming increasingly clear that in the absence of a regulatory authority and any offering of an alternative from the government regarding investments and banking, Muslims are caught between the devil and the deep sea. And these fraudulent companies are making millions by acting like saviours. #KhabarLive