Come January and all roads in the city seem to lead to a bustling spot in Nampally, the exhibition grounds, where lakhs throng the annual All India Industrial Exhibition aka Numaish.

Started as Numaish Masnuaat-e-Mulki in 1938, it is now popularly known as Numaish and as known to every Hyderabadi, it features various stalls from across the country. For most of its 80 plus year history, the 46-day period from January 1 to February 15 was when shoppers could buy things they couldn’t buy anywhere else, and at unmatchable prices. 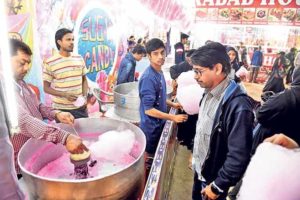 The sight of a mother, father and child walking hand in hand, with a stick of cotton candy in the child’s hand; carrying flimsy blue plastic covers overflowing with carefully bargained for goods is a common sight every year. It isn’t just about shopping, as the exhibition also offers a wide range of food and entertainment at one location. In an era when shopping malls with a gaming zone and a food court didn’t exist, this exhibition offered it all. It is also an inclusive space as one can buy something for Rs. 10 and for Rs. 10,000, there’s literally something for everyone.

Limitless appeal
Now, in the second decade of the 21st century, despite the fact that most of the products sold at Numaish are available at malls or online at the click of a button, Hyderabadis still swear by going to that place by the thousands.The main reason behind this is the nostalgia associated with it, as ad-film maker Vijay Marur says, “I have been going there for decades now and would still love to go there. The food you get there is so unique and has an unmatched flavour, and apart from this, the deals we get while shopping there are something no mall can offer.” 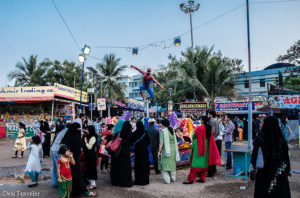 For many families, it is also a ritual of sorts, as Bhargavi Chepur, a 72-year-old homemaker points out, “Back in the 1950s, when I was a child and till date, it is a family ritual to just go there together, walk on the same path that we have been taking for decades now, have the mirchi bajji, ride the giant wheel and buy the delicious churans, if nothing else. My children did the same and now my grandchildren also do the same. It feels as if something is missing, if we miss Numaish.”

Echoing a similar sentiment is Deepa Kiran, a storyteller by profession, who says, “I used to go to Numaish with my parents, and I loved getting this huge dinner plate sized papadam. It used to be served with extra hot mirchi, and even now, when I go there and get that, it’s as if I’m transported back to my childhood. I definitely want to go there again this year, get onto the rides and watch the maut ka kuan,” adding, “I guess I would have to bribe my teenage kids to go there with me this year, as they’d much rather prefer a mall.”

Regardless of whether one would still shop there or not, the food seems to be one of the main crowd pullers as there are some lip-smacking delicacies that people love enjoying exclusively at Numaish. “You get mirchi bajji and chaat everywhere, but having it at the exhibition is an emotion. It was always different from the ones you get outside and though the taste no longer seems to be the same, relishing a piping hot mirchi bajji has a sentimental value for me and my family,” explains Bhargavi. 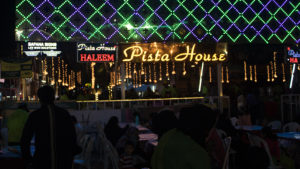 Also, just the way Haleem tastes spectacular during Ramadan, there are some foods that only taste good at Numaish, as Vasishta, an engineering student says, “I love eating the Patthar ka Goshth there, and in fact, I literally wait for an entire year to have it. I never even bothered searching for it anywhere in the city. There’s some inexplicable mazaa in relishing it at Numaish.”

A market outside the market
Numaish Masnuaat-e-Mulki aka All India Industrial Exhibition has been a Hyderabadi tradition of sorts since 1938. This means the city has seen crowds thronging the exhibition grounds for the 46-day period from January 1 to February 15 for eight decades now.

As the Numaish enters its ninth decade, a question seems to arise, can something more be done to create an ecosystem surrounding it? For instance, Dubai has an annual shopping festival called Dubai Shopping Festival.

During that time, millions of people visit Dubai and shop to their heart’s content, with various places offering great deals on products and services. Hotels offer packages, airlines have attractive deals, there are raffle draws and more. So the whole extravaganza is not just limited to locals, but also tourists who want a slice of the local shopping experience.

And with Numaish’s appeal encompassing all stratas of society, it is an ideal candidate for creating a similar experience. 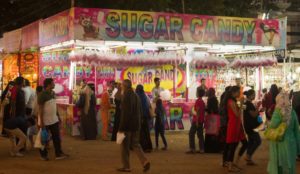 As Hyderabad has a massive startup ecosystem with several entrepreneurs taking on various challenges, #KhabarLive spoke to a few city-based entrepreneurs and startup employees to find out potential solutions to this. According to Jitendra Emmani, founder of a city-based stock photo company, one aspect that can be worked on is the packaging and branding. He explains, “As of now, the way Numaish happens, there is nothing for domestic tourists, as almost every city has something similar happening at different times of the year.

So, to bring both domestic and international tourists, some sister events can be conducted at various locations in the city. The Hitex grounds can also be utilised, where different shopping experiences can be offered. Hyderabad can be projected as a one-stop shopping place, by working in sync with the varied shopping experiences this city offers, from malls to Numaish to shopping in bylanes of Old City.”

ALSO READ:  A Trip To Visakhapatnam Will Wrap Lot Of Memories - Museums, Train Journeys And Nostalgia

Entrepreneur Sri Charan Lakkaraju holds a similar opinion and says, “It can be packaged differently. It is all about creating an experience for people, and if all the spaces in the city are utilised in conjunction with each other, then it will definitely reach a different level.”

Additionally, Sri Charan also feels that technology can be utilised to ensure all this can be done easily. “An app can be built with all the necessary information about Hyderabad during this time. For example, if there are some shuttle buses to ferry people from Numaish to an event in Old City or some other location, all the information can be given on this app, and so can the deals apart from other details.”

However, entrepreneur Likitha Bhanu, says utilising Hyderabad’s heritage would go a long way than just shopping. She says, “Blending the shopping experience with experiences related to Hyderabadi culture, Nizami history and the indigenous cultural aspects of Telangana during this time would make Numaish not only a shopping destination, but also a space which offers a cultural insight. That would probably attract more tourists to the city.” 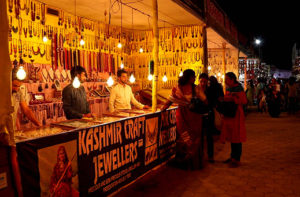 Agreeing with this to an extent is Charan, who says, “During the six weeks that Numaish takes place, there can also be a weekly itinerary, and each week can have a different theme and various cultural activities can be conducted during this time. Artists from different parts of the State can be brought in and a wide range of programmes can be conducted, benefitting all.”

What remains to be seen is how the Numaish will evolve in the years to come, if it does… #KhabarLive