Senior comedian Ali who has enjoyed a four decades-long career in Telugu Film Industry shares his life journey in a tête-à-tête with #KhabarLive. The versatile actor opens his mind and revealed many interesting happenings in his filmi life and struggle time.

Ali Basha, son of a tailor who always wished to be an artiste from his family, is a star who acted in more than 1,000 films with most of the actors and directors from the industry. “My father used to stitch costumes for classic dancers and artistes. 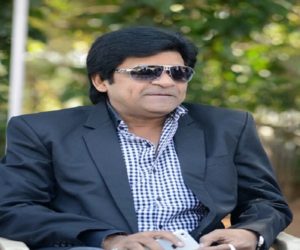 He always wished to have an artiste from our family. And, one day when director K Viswanath saw me mimicking, he gave me a chance in his movie President Peramma. That’s when I debuted as a child artist in the industry,” says Ali. “And now I have become an actor who wears new clothes every day, and does not rotate just the festive clothes.”

Big Break
Akkum Bakkum Ali who entertained us as Chetagadu in Rajendrudu Gajendrudu, Nachimi in Chiruta, a beggar in Pokiri, and artist in Super entered the industry as a child artist in 1979. Later, he acted with popular directors of the industry such as Jandhyala Subramanya Sastry, Bharathiraja, EVV Satyanarayana, and SV Krishna Reddy started writing comic roles for him in his movies.

The audience used to wait for Puri Jagannadh’s movies to see Ali’s character, as the director always presented him in the wittiest way possible in roles such as Nachimi, Beggar, Baba to name a few. “During the pre-production of Chirutha when Puri Jagannadh was going to Bangkok, people stopped him at the airport and even during the flight and asked him about my role.

They asked him, ‘how are you presenting Ali this time?’ He called me soon after and said, ‘if I don’t give you a role, I think people might kill me’,” recalls Ali laughingly who won three Nandi Awards, apart from two Filmfare Awards and NTR National Award. 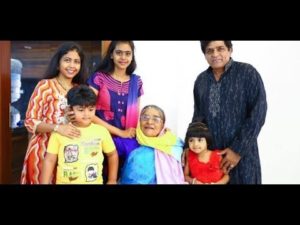 Ali is always remembered for the varied characters he has played in films. Having acted in more than 1,000 films so far, he has also acted as a hero in 56 movies. What’s more, he remembers each memory and event which happened during the shooting of his scenes in his projects.

The actor who has in his 40-year career acted in Telugu, Tamil, Kannada and Malayalam films, will now be debuting in Bollywood with the movie Total Dhamaal. Acting in front of the screen in varied capacities like that of a child artiste, hero, comedian, and an anchor who hosted the first-of-its-kind dance reality show, Dance Baby Dance show, trying his hand at a new medium or language isn’t a daunting prospect to him.

Brimming with joie de vivre
The 50-year-old actor who is still young at heart is currently working as a lead in Pandugadi Photo Studio. The Yamaleela actor who entertains and keeps people happy also knows how to keep himself happy. “I laugh when I’m happy, and feel sad when I’m sad. I prefer being alone when I’m disturbed, as I can cope up easily. I simply re-think the situation and then let it go,” says the artiste.

Ali is one among those actors who holds the tag of ‘ma manishi.’ People in front of the screen and behind the screen like him a lot, as he brings a smile on their faces whenever he greets them. “There is nothing wrong in greeting people with a simple smile. Throwing attitude doesn’t make more money. So I just give a smile, and wish them, now-a-days that also includes a selfie,” says Ali who made us laugh out louder with his role in Seethakoka Chiluka. 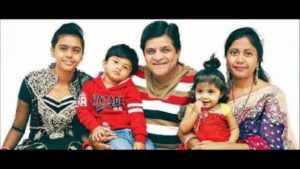 Looking back at his career, although he has managed to work with different directors over time, his bond with Jandhyala Subramanya Sastry remains an unbreakable one. “He is one director who never let’s anyone go without offering them some money if you visit his house.

Previously, it was common for actors to visit a director’s place asking for roles. Whenever I visited Jandhyala garu for a role, if I wasn’t suited for the character, he would keep some money in my pockets and send me home. I never returned empty-handed,” says the actor who likes Pawan Kalyan, Anushka and Samantha in the current crop of talent.

Winds of change
The actor who has been in the industry since 1979 respects cinema more than anything in the world. But, he admits feeling gloomy looking at the current scenario of the film industry. “There was a time when we used to treat directors and producers no less than a God.

They are the ones who give you money and fame, but this generation of artistes throw attitude and call it a deal of mutual exchange. But, in fact, they are the one who create characters for you. Respecting your profession should come first and having values takes you ahead,” says Ali who doesn’t differentiate between old or new directors and producers. 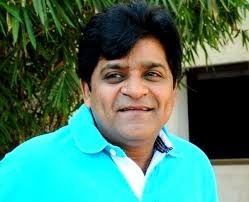 However, Ali admits he is happy with new media and new directors coming into the field. “With new directors coming, technicians and junior artistes are getting jobs. With web series, serials, channels, everyone is getting some opportunity unlike the previous times,” says Ali who is open to projects on the digital medium. On the other hand, he does have on grouse with the medium – that of sensationalizing casual comments for the sake of click bait news.

When not on sets, Ali prefers to spend his time at home with his three children and wife. He also visits his hometown regularly, where he has opened a charity named after his father ‘Mohd Basha Charitable trust’ which gives out pension of Rs 500 to the elderly and also takes care of the last rites, according to the deceased’s religion. #KhabarLive