If you live in a metro city like Hyderabad or Bengaluru, you have the option to get someone to do almost all your errands – right from buying groceries to picking up your laundry to buying a last-minute present. No, this does not mean you can get a personal assistant, but a plethora of convenience apps that have come up in the last couple of years provide services that are close enough. All you would need to do is get on the online platform, specify a task, and someone will be assigned to do it.

In the past few years, Hyderabad has seen several such platforms come into existence. What’s causing the boom? And is there enough market for multiple competitors, which provide similar, concierge-like services? TNM spoke to three such players in Hyderabad – Whizzy, YourGenie, and Dunzo – to find out. 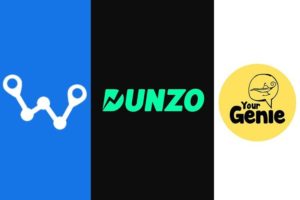 The advent of the convenience economy
Ravi Kant Gollapudi is the founder of Whizzy, which was launched in Hyderabad late last month. The idea came to Ravi back in 2017, when running errands left him with a sense of frustration, even though he had a house help and driver at his disposal. “I was spending too much time in traffic and I was so exhausted after it that my personal interests were taking a beating,” Ravi tells TNM. “With the traffic these days, even running errands within a 1 to 3-kilometre radius can take you more than half an hour,” he adds.

That was how he started thinking of a platform like Whizzy. “There has been an explosion of businesses like Big Basket, Flipkart, Swiggy because people have more disposable income and want things done and delivered at the click of a button. However, most of these platforms are geared towards shopping and food, when these are only parts of a customer’s life,” Ravi says.

Ravi Kant opines that it is this convenience economy that has given rise, first to platforms for online shopping and food delivery, and then to platforms that focus on completing non-specific deliveries, pick-ups and chores for people.

ALSO READ:  Is Really, The NIA Is A Caged, Blind And Deaf Parrot In 'Mecca Masjid Case Verdict'?

Ravi Chandra, a co-founder of YourGenie, another convenience platform founded in Hyderabad in 2016, says that there has always been a need in the market for small-scale logistics services. And platforms such as these are able to capitalise on it now because of several reasons like “penetration of smartphones and internet, along with more disposable income at hand and more people becoming tech-savvy.” Increasing traffic snarls and pollution has also made people averse to stepping out for household chores.

Fulfilling requirements for small businesses
YourGenie initially targeted logistics needs for small businesses. “Many of our customers were, and are, boutique owners. Considering people want everything delivered to their doorstep, there was demand,” Ravi Chandra shares. It was only later that YourGenie decided to expand its scope to be a ‘personal assistant’, he adds, allowing any individual to use it for chores and errands.

Seeing the requirement, this is an area that Whizzy is also targeting. “There are many home-based businesses, like baking, pickle-making and so on. They generally don’t have a good delivery model, which prevents them from expanding the business beyond a 2-3 kilometre radius. Apart from looking at the individual customer, we are also looking at small entrepreneurs, and even corporate offices which need things like documents delivered between offices. We are also providing Whizzers who can double up as office boys for this purpose,” Ravi Kant says. 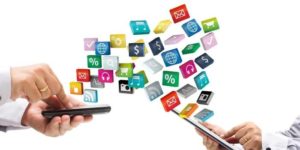 Dunzo is a highly successful concierge app, launched in 2016. Started simply as a WhatsApp group, the company has since seen remarkable success, even becoming the first company in which Google made a direct investment in 2017. Dunzo started from Bengaluru and has now expanded to six cities, and began operations in Hyderabad in October 2018.

The mantra behind the app, Varun Reddy, Dunzo’s Hyderabad city lead, says is that “delivery partners, who are available 24×7, will walk into any location, pickup or buy stuff and deliver it to you. [With] this accessibility to anything in the city […] you’re not constrained by any distance limits, or a limited selection of stores, allowing you to literally get anything from anywhere.”

“Because Indians are getting more and more conscious about work-life balance, it will continue to boost the convenience economy,” he adds.

Ravi Kant and Ravi Chandra agree. “People never said the internet is enough. The same goes for social media. And I believe that’s the case for convenience economy as well.” Ravi Kant argues. “The pie is big enough right now for more businesses to get a substantial slice.”

“I don’t think the market is going to reach saturation any time soon. Smartphone penetration is ongoing. So people will keep finding uses for such platforms,” Ravi Chandra says. 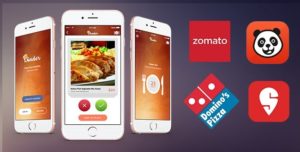 Retaining customers
Offering quality service and some exclusive features seem to be the major ways that concierge apps hope to retain their customers, with competition steadily growing. For instance, Ravi Chandra says that YourGenie has many overseas customers who use the platform to pick up and deliver things for loved ones in Hyderabad. They have also tied up with a courier service to make sending and receiving couriers across countries easier.

Similarly, many boutique owners still use YourGenie to get materials like unstitched cloths picked up, dyed, and delivered to them for use – a market that the platform initially targeted and has retained. “To hire a person for the same job would cost over Rs 10,000 a month. Instead, you can simply get this done through an app at a nominal fee as and when you need it,” Ravi Chandra says.

ALSO READ:  How To Boost Sales Through 'Conversational Selling'?

Similarly, Whizzy has introduced an interesting feature for when you need cash. “A Whizzer withdraws cash from the ATM, delivers the required amount to you, and you pay it to us online,” Ravi Kant explains.

Sometimes though, these startups may face the pinch. For instance, Swiggy, which launched in Hyderabad in 2015, picking up pace in the city, did cut into YourGenie’s food delivery aspect to an extent. 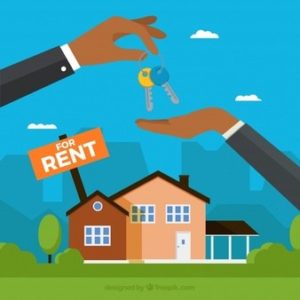 “People today value their time more than anything else,” Varun points out. “There is a lot of similarity between Hyderabad and Bengaluru in terms of the demographics and the consumer psychology as well. This has been reinforced by the organic traction we are seeing in Hyderabad over the last couple of weeks.”

Further, migration into the city, expansion and traffic snarls have also added to the demand. “Hyderabad has been exploding as a city. Influx of people due to opportunities, jobs and its metropolitan nature has caused the demand for convenience to be compounded by consumerism. Flyovers and metro construction have added to traffic snarls. There is also not as much competition. All this is a potent recipe for concierge apps to be launched in the city,” Ravi Kant says.

That being said, Ravi Kant also urges that Whizzers, or on-road staff employed by concierge services should be remunerated for the hours they spend running errands. Ravi Chandra too intends to streamline his operations by designating specific staff for certain tasks in order to improve efficiency and reduce the number of YourGenie staff on the road. #KhabarLive