The Hyderabad state’s ‘Adil Shahi era’ was an ‘era of creativity’. Ingenuity marked every sphere of life. Be it architecture, calligraphy or literature, the stamp of originality was everywhere. This period also saw a marked growth in poetry like no other art form. There was a spontaneous flow of powerful feelings with poets dabbling in the spiritual, romantic, Sufiana and didactic forms of poetry. 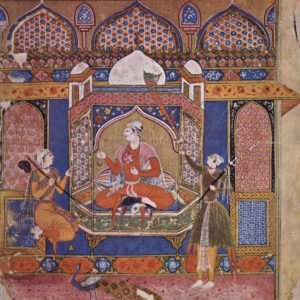 qHowever, one poet who stood out and had a formidable presence was Nusrati. He evoked feelings of awe and admiration among fellow bards and commoners alike. He gained such eminence that people reverentially called him Mullah Nusrati and Mia Nusrati. Though his father was a royal salahdar (warrior), Nusrati got access to the king’s court on his own. Like the renowned bard, Mirza Ghalib, erudition and poetry were his ticket to the shahi darbar. In no time, he earned the title of Malik-us-Shora (king of poets).

Liberal patronage and secular nature of the Adil Shahi rulers drew scholars, poets, painters, dancers, calligraphers, musicians and Sufi saints from different parts of the world. The Bijapur Sultans were all men of letters. Ali Adil Shah I was well-versed in several disciplines and a voracious reader. His successor, Ali Adil Shah II, was a poet himself and befriended poets and writers.

Nusrati established his credential as an outstanding poet by his three compositions – Gulshan-e-Ishq, Ali Nama and Tariqe Sikandari. His other work, Diwane Nusrati, is unique in that it contains all genres of shayeri – Ghazal, Qasida, Rubai, Hajoes, and Mukhammas. His Masnavis give an indication of his poetic expertise. Gulshan-e-Ishq and Ali Nama are considered masterpieces of the Deccani literature. They stand out for their beautiful language and fluency of expression. Besides Deccani, Nusrati also tried his hand at Persian and wrote many ghazals. 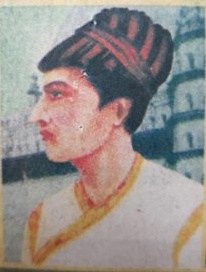 Gulshan-e-Ishq is a love story written by Nusrati at Bijapur during 1657–58. It revolves around the Prince Manohar’s quest for Madhumalati. This ancient tale, which is also written in Persian and Hindi languages, has remained popular through the ages. It has a heady mix of magic, adventure, dragons, fairies, desert fires, mystical figures and what not! Nusrati intersperses this romantic narrative with a generous dose of Deccani and Persian – setting a new benchmark in creativity.

This Masnavi relates the complicated tale of King Bikram and his wife, who cannot conceive until he completes a journey of self-discovery. Then follows the adventures of their son, Prince Manohar, who rescues two kidnapped princesses. There are interesting details of how fairies descend on a sleeping Prince Manohar and decide to transport him with his bed to his beloved, Princess Madhumalati, for whom he pines.

Nusrati’s other great Masnavi, Ali Nama, is a war story. This epic poem speaks of various battles, including the invasion of Bijapur by the Maratha leader, Shivaji and Mughal armies – all in perfect metrical pattern. The reign of Ali Adil Shah saw frequent break out of wars and all this found mention in his compositions. And, for this reason, many call it the ‘Shahnama of Deccan’. Ali Nama also captures the splendour and grandeur of King Ali Adil’s court besides giving a vivid picture of the Deccani culture. The war scene is captured so brilliantly in Ali Nama that one can visualise the battlefield – the military formations, combatants jabbing each other with spears and the battle cry as the opponents end up in a tangled heap of the dead. 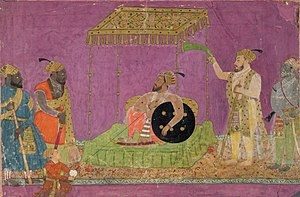 The third literary work of Nusrati – Tareeq-e-Sikandari – was penned after the death of Ali Adil Shah. Scholars do not rank it highly as it lacks the intensity seen in his earlier poems. After the death of Ali Adil Shah, the political scenario changed with conspiracies and dissensions raising head in Bijapur. In the vitiated atmosphere, poets and writers lost interest. Nusrati’s zeal also took a hit.

Manuscripts of Gulshan-e-Ishq and Ali Nama are available in libraries of Salarjung Museum, Osmania University, Idara-e-Adbiyate Urdu and State Central Library in Hyderabad.

However, there is no denying the poetic style of Nusrati. Be it the war scene, pangs of love or the magnificence of shahi darbar, he weaves sheer magic with his verses. The description is so graphic that readers can visualise the actual scene while going through his poems. He adopted Deccani for his poetry and enriched it just like Mullah Asadullah Wajhi and Ghavasi did in Qutb Shahi Golconda. #KhabarLive