How do we expect teachers who are themselves plagued by prejudices, to educate children who believe in gender equality? It’s time to train the teachers first!

“Ma’am what is ‘Stereotype’?” Another hand went up, “And ‘Discrimination’?”

I am a social science teacher and these are some of the questions I encounter every day from my students. Thanks to the new NCERT books, chapters like ‘Growing up as Boys and Girls’, and ‘Women Change the World’ address many current themes prevalent in society.

Though they look simple, the questions have deep connotations; thus, instead of giving a simple definition, I prefer to demonstrate. I ask the class to draw two pictures, one each of any female and male member of their family engaged in any activity. Then we analyze the drawings. Barring one child, the entire class drew pictures of their fathers either reading a newspaper or driving. In the second drawing, most of them had drawn their mother or grandmother, either doing the kitchen work or cleaning the house or dressing up.

I explained to the class, “This is Stereotype.”

“How Ma’am?” Asked one student.

Pleased with the discussion going in the right direction, I asked her, “Your mother knows how to use the computer?”

“Does she know how to drive the car or scooter?”

“Then why you didn’t draw that?”

The class was silent, and then a boy said, “Because Ma’am when I think of my mother, the first image that comes to my mind is her cooking tasty meals for us.”

“Oh, is it!” I feigned surprise, “Why not an image of your father cooking a tasty meal for you?”

The whole class bursts into laughter. And the boy little bit taken aback at my ‘ignorance’ adds quickly, “But Ma’am men don’t cook!”

Now it was my turn to laugh as the class looked at me strangely, wondering where was I going with this discussion. I signalled to the same boy again.”Tell me, Hari, what did you do this Sunday?”

“We went to the cinema hall and after that food street. We ate panipuri, noodles, pizza and a lot more.”

“Wow, that must have been a great Sunday for you.” I looked at the beaming face of my student and asked him, “Tell me, all that food which you and your family ate, was that prepared by women or men?”

From their animated expressions, I could gather that the point had hit the home. 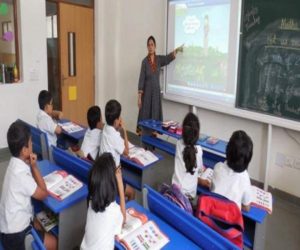 Schools can promote gender equality…or deeply hinder it
The role of schools in achieving the goals of gender equality, in uprooting the deeply ingrained evils of prejudice, stereotype, and discriminations is under-estimated in our country. Raising a virtuous individual cannot be achieved without the contribution of three important sections of the society – Home, School, and Peer group.

In fact, schools at times become the breeding ground of these misconceptions which later on become the cancer of the society. A majority of the problems today we face would not have existed if they were nipped in the budding stage itself.

Therefore, the realization of workplace equality is directly related to classroom equality.

But, do we have classroom equality in the true sense?

Let me give you a scenario.

In a co-ed school, a female cabinet member is slapped by a boy for correcting him during the Assembly. When the matter is reported to the school management, the boy is given a stern warning for his behavior, while the girl is reprimanded for ‘instigating’ the boy. “Why you went near him when you already knew his reputation,” a teacher asks. “For a female, the best defense is to flee a tricky situation,” another one opines.

A good teacher is like god’s gift, s/he is like that chef who brings out the flavour in a dish by minding the right proportion, making the right combinations and adjusting the right heat. It is all there, your talent, your potential, and your weaknesses, but it is only a good teacher, your guide, who will turn the weaknesses into strength and talent into an asset. Teaching is no less than philanthropy, it is complete surrender.

ALSO READ:  Why Unmarried Women Are Often Refused A 'Trans-Vaginal Sonogram' For Their 'Polycystic Ovary Syndrome'?

Body-shaming is another evil, which can break the confidence of even a successful celebrity. The cosmetic industry is blooming on this inferiority complex. But do you know who are the worst body-shamers?

I still remember my English teacher in class 8th. She had this particular bias towards students who were fair and pretty looking. One may dismiss this as fancy of a child’s mind, but as was often the case, the teacher would never reprimand the class monitor who happened to be one of those ‘wanted’ girls in our section, while another girl, a dark complexioned, malnourished girl Sarita was known to be the punching bag of that teacher whenever she was angry at something. Not only this, but she was also too kind with students who were from affluent classes or who carried imported school bags and bottle or brought pastries and french cookies in their tiffin-boxes.

That doesn’t mean every teacher is like this. Yes, there are many remarkable teachers and schools that are making a great difference to the society. But even one teacher is enough to mislead a complete generation. 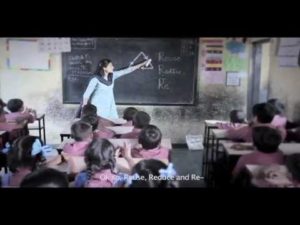 We desperately need to train our teachers first
That highlights another crucial role of the school which is not only highly under-estimated but also swept under the rug conveniently. The role of rescuing the victims of child abuse.

For a child, parents and teachers are two most trustworthy entities in the world. Thus, when guardians become the perpetrators, the role of teachers in identifying and counseling the victims becomes very significant.

Now the question arises, How? Let’s say that there is a system of child counselor to assist the teachers, but what is the guarantee that they are doing their job honestly. Okay, we have POCSO and other legal guidelines to make them accountable, but is that enough? To explain this point better I will share another scenario.

For the last one month, a class teacher is noticing a child who has become withdrawn in class. After some cajoling, the child confides that she is being molested by an uncle. The uncle, who is the head of their joint family, has even threatened to rape her. The child has disclosed this to her mother, but she refused to believe it and blamed this on her ‘over-imagination’ because of watching English movies.

The instincts of the teacher tell her that the child is not lying, and even if lying she should be helped. The matter is reported to the school management. But instead of reaching out to the girl, the management decided that the school is only responsible for the student within the school premises. Outside school, whatever happens, is the responsibility of the parents and guardians.

This is the reason that we desperately need to train our teachers first. By training, I don’t mean conventional teacher’s training, but in the issues which plague our modern society. How can a teacher who himself/herself has personal prejudices, enlighten students? Instead of using the traditional approach in interviews, both IQ and EQ should be given equal weight while hiring teachers.

The role of a school teacher is more important than a college professor because they have the rawest element at their disposal – the young and uncorrupted minds. The teachers are as important, as vital as parents in ‘Raising RIGHT the Boys and Girls’.

And an enlightened teacher is the foundation stone of a Happy Women’s Day.