Hot weather is likely to continue during the weekend as heat wave conditions have been forecast for 48 hours from Sunday. The Indian Meteorological Department (IMD) has issued a heat wave warning in Telangana for Sunday, April 27 and Monday, April 28. In Hyderabad, the temperature is expected to be around 39 to 44 degree Celsius over the next three days, from Sunday to Tuesday. According to IMD, heat wave conditions are likely to prevail over some parts of Telangana. 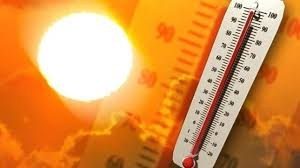 The mercury levels have already soared in the state. On Friday, Adilabad in Telangana recorded the highest maximum temperature of 44 degree Celsius, followed by Nizamabad at 43 degrees. Bhadrachalam, Khammam, Mahabubnagar, Nalgonda, Medak and Ramagundam recorded 42 degrees. Dundigal recorded the lowest temperature of 39 degrees.

ALSO READ:  #GuestColumn: Negligence Is The 'Root Cause' Of 'Economic Backwardness' Of Northern Andhra Pradesh

The Telangana State Planning and Development Society predicted that dry weather conditions will prevail in the state for the next three days and that the maximum temperature will soar by two or three degrees above normal in several places, mainly over Adilabad, Kumrambhem Asifabad, Mancherial, Peddapalle, Karimnagar, Jagtial, Nirmal, Nizamabad, Kamareddy, Mulug and Jayashankar-Bhupalpally districts. They also forecast that the minimum temperature will be two or three degrees above normal temperature.

Meanwhile, the IMD has forecast thunderstorms with heavy winds up to 40-50 kmph on April 29 and 30 in Krishna, Guntur, Prakasam and Nellore. Rains are expected in coastal Andhra Pradesh due to Cyclone Fani which is expected to hit on April 29 or 30.

ALSO READ:  McDonald's Is Turning The 'Masala Dosa' Into A 'Dosa-Burger' 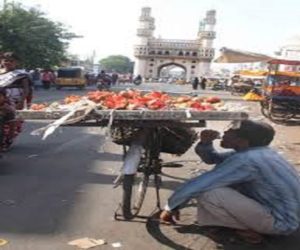 The cyclonic storm will bring rainfall to north coastal Tamil Nadu on April 30 and May 1, and over Kerala on April 29 and 30. Light to moderate rainfall at many places, with heavy rainfall in isolated places, is also likely over south coastal Andhra Pradesh on April 30, according to IMD. #KhabarLive