Remodeled, fully refurbished and decorated second-hand bikes attracts by Hyderabadi youth. Buying a brand new two-wheeler is no longer a distant dream for most, with finance companies and banks offering easy loans these days. And this, in some parts of Hyderabad might have hit second-hand bike dealers, but not in the old city. 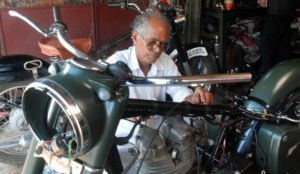 In the dingy lanes of the walled parts of the city, used motorcycles and scooters still spell business. The stretch between the Malwala Palace Junction to Bibi Bazaar crossroads is an indication of the flourishing market for pre-owned or second hand two-wheelers in the old city. About two dozen shops dealing in various brands of motorcycles have come up here over a period of time.

“I won’t say the business is brisk. But we do get business. People still come and look out for second-hand vehicles in good condition. They feel it is better to invest in a second hand two wheeler in one go, rather than paying monthly EMIs,” said MA Arshad, dealer to #KhabarLive.

The two wheelers are of all makes right from Honda Activa, Royal Enfield, Hero Honda, Yamaha etc. “We buy vehicles which are in good condition from customers after checking all documents to ensure there is no legal or technical problem after purchasing it,” said Irshad Ali, a dealer. 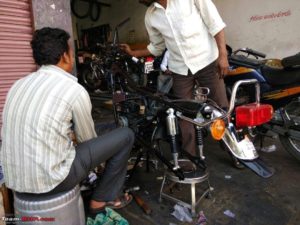 The price of the vehicle depends on the condition, make and demand for the vehicle. “Other factors like year of manufacture, pending e-challans etc., are also taken into consideration before negotiating the price. We conduct business at low profit margins,” said a dealer.

The vehicles are priced between anywhere between Rs 18,000 and Rs 35,000, but high-end motorcycles cost higher.

“There are two ways of business here. One is we having a few vehicles with us and showing those whenever any customer comes. Second is when some people want to sell their vehicles, and ask us to contact when any customer comes. We put them in touch with the interested buyer and fix the deal,” said Shoeib, a salesman at one of the shops.

The dealers take care of the documentation and transfer of the vehicles through a set of agents who regularly visit the markets. Sultan Mohiuddin, who recently bought a Honda Activa from the place at Rs 26,500, said, that there was nothing wrong in buying from the market.

“Hundreds of vehicles are there in the market here. Only thing is you have to take along a person who has good knowledge of automobiles or at least a mechanic whom you can trust to assist you in selecting a good condition vehicle,” said Sultan. 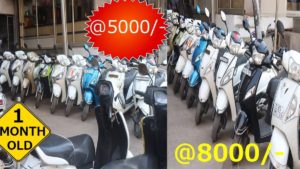 ALSO READ:  Despite Stringent Laws, The Dangerous 'Liquor Chocolates' Continue To Be The Rage In Hyderabad Markets

A survey of the market, however, presents a mixed picture. The sellers are of various kinds and with various concerns about the future of it. Though the market has modern and newer models, this reporter saw a few shops which were having a few old model vehicles, dating back to the 1970s and 1980s. 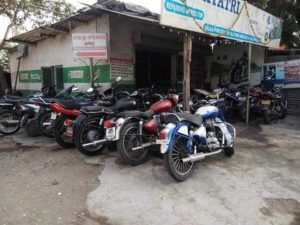 Silky Singh, who owns three shops and two spare parts shop in the market said: ‘From 1998 I am into this business. I started with one shop with two wheeler vehicles like Chetak, LML and Yezdi.

Mirza Yousuf, a dealer who also sells and purchases two wheelers said that from 20 to 25 years he has been running this business. My father started this business in 90’s and at the age of 17 I use to come to the shop with him. The whole market is full of two-wheeler spare parts, mechanics. You can find each and everything related to two wheelers. Earlier I use to sell 10 to 12 vehicles in a day now I sell only five. 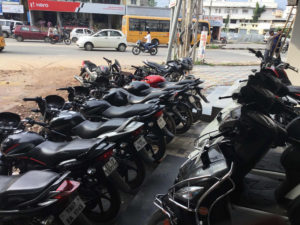 People have lost trust on this market, many stolen two wheelers from different states was brought and sold in this market by changing the number and RC and it was caught by police. This is the main reason that our business got spoiled and we are in big loss and also because of online business’.

‘Present two wheelers are very risky and not up to the mark and no long term service and no energy no power. From its looks, they are good but nothing more’ Jahangir Baig, a veteran seller said. ‘I am 57 years old and I am in this business from the age of 20 years. I have started this business only with Chetak, Bajaj, LML and even currently am selling the same two wheelers. As per my experience I can say old is gold. 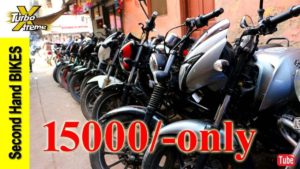 Talking about modern trends, he concludes: ‘Now a days people only want bikes like Royal Enfield Bullet, CBR, Pulsar etc. There is more demand for these vehicles in the market and people are ready to buy it anytime’. #KhabarLive