The believe and faith in Islam takes many tipsy-torvy turns in the past and making attempts in this progressive era too. Following the Sufi trail in old Hyderabad unearths a side of the city filled with blooming flowers, historic tombs, and a wealth of stories. 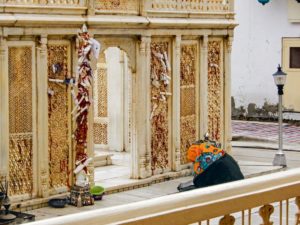 The story of how Sufism originated in Hyderabad often varies from legend to legend. According to the caretaker of Pahadi Shareef, the shrine of Hazrat Baba Sharfuddin Sohrawardi, near Hyderabad airport, Baba Sharfuddin was instrumental to its proliferation. He arrived in Hyderabad in 1190, years before the city was officially founded in 1591.

Sufi saints have left their mark on Hyderabad, right from the conquest of the city by the Emperor Aurangzeb. Today, people can visit these shrines, dotted across the city, for free. The bigger ones sometimes host qawwali nights on Thursdays, which can go on till the wee hours of Friday morning. However, if you ask passers-by for directions, not all of them will be able to help. Luckily though, most dargahs can be mapped via Google Maps. 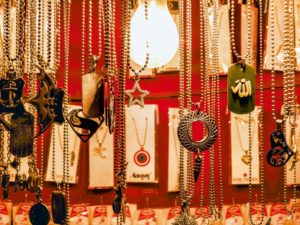 While many of these markers have faded with time, the ones who look past the chrome of the city can still find themselves in thrall of the mystical Sufi legacy.

Among the Sufi dargahs, spread across Hyderabad today, the Hazrat Shah Muhammad Hasan Sahib Qibla in Aghapura, or Agha Dawood Saheb as it is locally known, is one of the most picturesque. It has been maintained well enough to retain its old-world splendour, evident in intricate woodwork and geometric patterns on the pillars, reminiscent of Kerala’s Chettinad temples. Inside, the dargah is lit with many-hued chandeliers, including a 150-year-old Baccarat piece, and its interiors feature intricate zari and silver work. 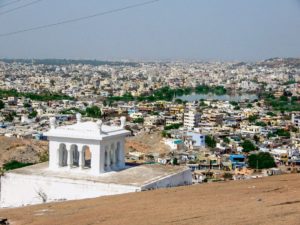 Shaikh Ji Hali Abul Ulai migrated to Hyderabad from Rajasthan at the age of 14, and is believed to have started the Sufi tradition of qawwalis during the reign of the third Nizam of Hyderabad. A mausoleum of Makrana marble was built over the grave of the revered saint after his passing in 1817. A devotee prays outside the main shrine at the dargah of Shah Mohammed Qasim alias Shaikh Ji Hali Abul Ulai, in Urdu Galli near Pathergatti. Women are typically not allowed in the inner sanctums of most shrines. Devotees clamour to leave behind souvenirs of their prayers: hall tickets, passport photos, visa applications are fastened everywhere in the sanctum. Urdu Shareef, as it is locally known, is also one of the few dargahs in the country that celebrate the festival of Basant Panchami. 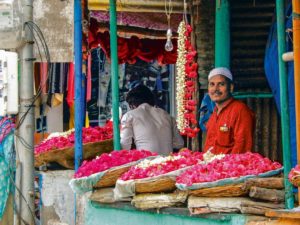 The story of two brothers Yousuf Baba and Sharif Baba is linked to Hyderabad’s history. According to oral histories, it was with the help of these two, who were commanders in the Mughal army, that Aurangzeb captured Golconda Fort from the Qutb Shahis. Dargah Yousufain in Nampally is their resting place—one of the most popular of Hyderabad’s dargahs. Outside it is also a bustling bazaar where pendants of Allah are sold alongside those of Superman and Batman.

ALSO READ:  'Join BJP' In Telangana Within A Minute And If You Want, Get A 'MLA Ticket' Within Five Minutes!

The Sufi lineage (silsila) traces itself back to the son-in-law of the Prophet, Hazrat Ali. On the city’s northern fringe, beyond Secunderabad, lies Maulali, a dargah atop a hill that is believed to contain the handprint of Hazrat Ali himself, and possess healing properties, making it a popular pilgrimage site. It is easy to reach the location by road, but be prepared to climb the 300 steps to reach the dargah and take in the stunning view. 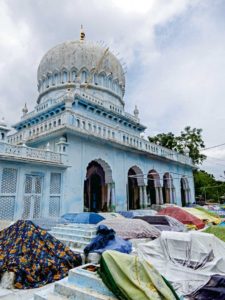 The brothers Yousuf Baba and Sharif Baba reappear in the story of Barhane Shah Sahib, who was a saint in Hyderabad during Aurangzeb’s seige. His dargah in Santosh Nagar has a special place in the community. In Urdu, barahnaa means nude and the saint famously never wore clothes. However, the day the conquering army entered the city, Barhane Shah Sahib put on his robe—as a mark of respect to the piety of the brothers.

As an essential part of Sufi rituals, devotees offer flowers to the shrines, and sellers throng the area around dargahs, including the shrine of Hazrat Khurshid Qadri (R.A.) in Ramnas Pura. While the dargah may not be in the best condition at present, the disciples of Shah Raju, as he was affectionately called, included Tana Shah, the last king of the Qutb Shahi dynasty.

The dargah of Sufi saint Hazrat Mirza Sardar Baig Sahib is in the Aghapura district of Hyderabad. Sardar Baig migrated here from the Afghani town of Balkh, which was also the hometown of the Sufi saint and poet Rumi. Aghapura is home to a number of shrines. Some, including the dargah of Sardar Baig, have delicate lattice work windows and white domes that almost melt into the sky. 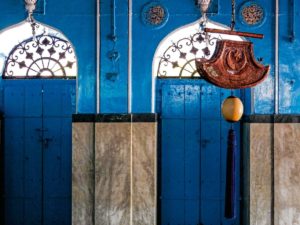 While the exterior of the dargah of Sufi saint Hazrat Mirza Sardar Baig Sahib is a pale-white, often appearing a light blue on cloudy days, the inside is painted in a warm, welcoming shade of blue. Above the grave of Sardar Baig hangs an ostrich egg, a familiar sight in various Sufi shrines. The eggs are a symbol of rebirth and purity and have been used for centuries in mosques and burial grounds.

It is common to find graves of disciples close to, and sometimes, in the same burial ground as the shrines of the saint. The hope is that the saint intercedes on their behalf in afterlife; Hazrat Sultan Ali Shah Bukhari, a disciple of Sardag Baig’s, is buried in a mausoleum right across the street. The warm blue interior in Sardar Baig’s dargah is mimicked in that of his disciple’s. #KhabarLive