Gyms and fitness centers figure at the bottom of the government’s priority list even as steps are being taken to slowly open up the economy after months of lockdown. This is because gyms usually see large crowds in a smaller room, with people sharing equipment, thus greatly increasing the chances of infection.

Unlocking did not result in the opening of gyms and fitness centers in Hyderabad, whereas gyms in other cities of the country have started to open slowly. Gym trainers and fitness experts are badly hit for the past few months since the lockdown and it will be no different now due to the impending Lockdown, fitness enthusiasts share their opinion on the plight of gyms. 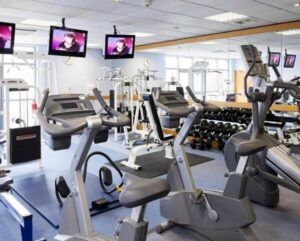 Despite having faced massive losses worth lakhs of rupees, and no word from the government on when they will be allowed to reopen, gym owners and fitness chains are gearing up to rise to the challenge of the pandemic.

Gym owners are ready to take all necessary precautions if they are allowed to open. This includes physical distancing, sanitization, temperature checks, among others. Some are also mulling making wearing masks and gloves mandatory.

Faiyaz Ali, who has been in the fitness industry for nine years, runs Boss Fitness, a chain of five gyms in Hyderabad. “At my gyms, there is already enough distance between treadmills. And if needed, we can shut alternate treadmills so that clients are further apart. If air conditioning is the issue, we can open windows and switch on fans and exhausts. Sanitation will be taken very seriously,” he tells #KhabarLive.

Sravan, who runs a chain of gyms called Chisel Fitness Studio in Hyderabad Hitech city area, says that he has always been “obsessed” with hygiene at his gym, which will now be stepped up. “I have at least four housekeeping staff at all times cleaning equipment after each person uses it. I will now also sanitize the entire gym twice a day and am putting in place more such safety measures,” he adds.

Jyothi and her husband Mustafa, who run Zest Fitness Studio with three branches, are mulling slot-based entry for their members to control how many people are in the gym at a time. “Between each session, there will be a 15-20-minute break to sanitize the premises and equipment,” Jyothi says. “We are ready to disable air conditioning for natural ventilation and to invest in air purifiers, or exhaust fans also. Gym owners are willing to do all of this and more, provided we are given a chance to operate.” 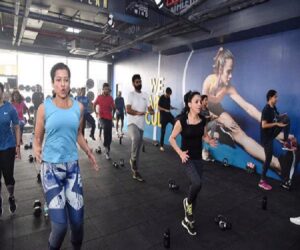 Jyothi as well as Shraddha Sheth, the Vice President – Sales, Operations, and Marketing at Gold’s Gym, a global chain of gyms with 149 units in India, says that they will be discontinuing group classes at their gyms.

Both Jyothi and Shraddha insist that one can work out with a cloth mask. “Perhaps if a person runs on the treadmill at 15 km per hour, they can run on 10 km per hour with a mask on. People have to listen to their bodies, and we can work that out,” Jyothi insists.

Both members and trainers will be required to wear masks at Gold’s Gyms, says Shraddha. However, this is a contentious move, given some experts and research saying it is inadvisable or even dangerous to wear a mask while working out. However, Shraddha says that they are following the Arogya Setu app’s mandate, which doesn’t contend so, and will continue to do so.

Gold’s Gym has also prepared a COVID-19 safety manual for members, employees, and outsourced staff like sanitation workers, which they will have to strictly adhere to. Members will also have to sign an undertaking that they do not have travel history.

Gold’s Gym will also introduce a new service called Gold’s Gym anywhere, where trainers, along with equipment like resistance bands, etc., will be able to come to a client’s home to train them if they prefer to not go to the gym.

Sravan says that while he considered shutting down a couple out of his five gyms, he noticed that people are now taking fitness very seriously.

“Earlier, there would just be one person from a family who would come to work out, but now given the importance of immunity and fitness and lack of movement in the lockdown, I see several members of the family working out at home. A maximum of 3-4 more months of struggle, and I am confident that the fitness industry will flourish later,” Sravan adds.

Fitness has also moved online to an extent, with home workouts gaining popularity. A testament to that is that consumers are increasingly searching for fitness equipment and athleisure wear online across all age groups.

Both Flipkart and Amazon told #KhabarLive that the platforms have seen 2x and 2.2x growth, respectively, in demand for fitness products as compared to the pre-lockdown period, with sales of equipment like yoga mats, resistance bands, dumbbells, and at-home gym-kits seeing a steady uptake.

Snapdeal too has witnessed a 60% increase in the sale of gym equipment and accessories in the last two months. The hot-selling equipment is usually priced under Rs 500. Exercise bands are the top-selling item on account of its versatility and price. Snapdeal shoppers are also buying fitness coach and nutrition expert consultations that were recently added, the company said.

Leveraging this, some of the larger chains such as Cure.fit have pivoted their business model and moved online, while many gyms are training their members through WhatsApp, Zoom, etc. 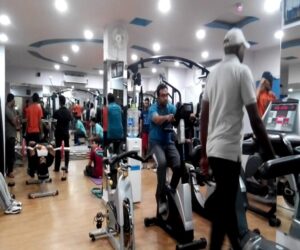 Cure.fit had announced in May that it has pivoted to a completely digital model, which it claims has seen tremendous response with a 5X growth in user base.

“Pre-lockdown, we had about 2.5 lakh customers. Post-lockdown, this figure stands at 15 lakh, including free users. We have managed to retain the majority of our customer base. 75% of these Cult members are now using the Cult.live classes for at-home workouts,” Ankit Nagori, co-founder of Cure.fit, tells #KhabarLive.

Cure.fit, which recently laid off hundreds of employees, says that the profit margins with online sessions are higher as the cost for the physical infrastructure is not there.

But not all gym owners are on board with the idea of taking the digital route.

“The digital model has its limitations. You can’t do posture correction online. I don’t think it will sustain long term,” Faiyaz says.

Sravan is also of the same opinion. He says that online platforms like Cult.live are more about group workouts and floor exercises, while muscle building only happens with proper equipment at the gym. “The workouts that we teach and what is taught at Cult is different. Gyms give a more personalized training,” he adds.

But being shut for four months has left gym owners and trainers struggling financially, which is one of the reasons why they are eager to do all and more for safety once they are allowed to reopen. However, some have had to shut shop in search of other means of livelihoods.

Jyothi was formerly a techie and quit her job two years ago to help her husband with his gym business. The couple invested Rs 1.5 to 2 crore per branch of their gym.

“Many times, I have lost my composure because of the stress. There is just no clarity… if they at least tell us when we’ll be allowed to open, we can plan accordingly, reassure the staff, and the members. We have had to switch off our phones because the clients keep calling asking for a refund. Where will we give it from when we have had zero revenue?” Jyothi questions.

While Boss Fitness revenue has stopped coming in too, it’s not like his expenditure on the gyms has let up. “Our fixed expenses for rent of the gyms and equipment remain. The government is not giving us any indication on when we’ll be allowed to open, so we don’t know how long we must hold on,” Failyaz tells #KhabarLive.

Gyms have a higher fixed cost (rent, equipment) and a lower variable cost (revenue), which has bled especially the smaller gyms dry now. For instance, Faiyaz has faced losses worth around Rs 40 lakh till now. Jyothi, meanwhile, says their monthly rental for all three gyms is around Rs 10 lakh, and the electricity costs have amounted to another Rs 10 lakh in the months since gyms have been shut. 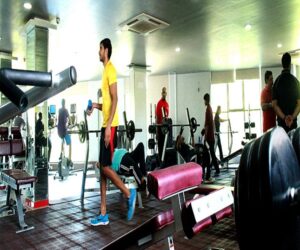 Jyothi, Sravan, and Faiyaz are also worried about losing out on their gyms and facing imminent eviction. Faiyaz and Sravan have even been served eviction notices for one of their gyms respectively. “That gym is not even a year old. And it takes about five years to get a return on investment. It’s impossible for me to close it down right now, but I don’t know how to sustain too,” Faiyaz says. He adds that if this is how things are, he can hold out for about three months till he is forced to shut shop.

Jyothi too says that while many of the trainers are not highly educated, they have a lot of knowledge about fitness and bodybuilding. “Some who are graduates have started working at call centers. Many have been forced to go back to their native places or take up jobs as delivery executives. It’s quite heartbreaking,” Jyothi adds. “I just wish the government would tell us when we’re allowed to open or at least announce some relief for our industry,” she rues. #KhabarLive #hydnews