Over the years, we have heard so many people talk about how cricket is just a game but no one managed to detach themselves from it better than Dhoni. We’ve heard that said so often about so many athletes that it is now a cliche. Yet, it is an accurate description of Mahendra Singh Dhoni.

But like all things Dhoni, he did it in his own way. Not by merely taking the path less beaten. Rather, by carving a path where none existed before. 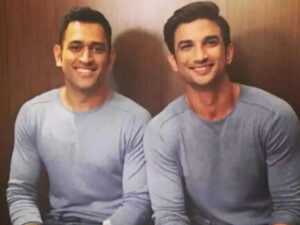 From making his way to the Indian team from Jharkhand… to becoming the Indian skipper… to walking away from the sport… he took all those decisions based on a logic that was uniquely his. Through it all, Dhoni managed to detach himself masterfully from the circus that follows the Indian cricket team.

To those who have followed his rise, Dhoni will always remain the man inside the bubble; a man only a few ever truly got to know; a man who was always in complete control of the space around him. To not get swayed by everything that was happening around him – especially when one considers how fast he rose up the ranks – required a rare kind of genius too.

The big break
The records will read that Dhoni made his India debut in a nondescript match against Bangladesh in December 2004. They’ll also tell you that his first major knock was a brilliant 148 against Pakistan in April 2005.

But the innings that truly propelled him into the Indian team was played during the Challenger Trophy in Mumbai in February 2005.

In 2005, Indian cricket was observed from a very different perspective. Television news hadn’t quite muddied the water as it is now. 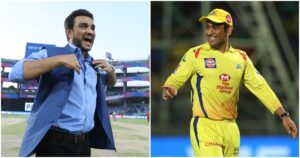 On that day in question, many journalists were seated right next to the dressing room at the Wankhede stadium with just a wire fence separating them from the players. Jokes were being cracked, questions were being asked, interviews being set up.

But all of that came to an end as Dhoni started getting into the act.

He was part of the India Seniors team and they were playing against the India B team, which had put up 275 runs in their fifty overs while batting first.

Ganguly, on his part, decided to continue having Dhoni open the innings. In the first match against India ‘A’, he was bowled by Zaheer Khan off the first delivery he faced, so this time, the skipper asked him to take it slow initially. The advice worked wonders and the 23-year-old from Ranchi ended up smashing 87 off 76 balls before he was forced to go off due to cramps. He came back to complete his century and finish the match off (surprise, surprise) after Ganguly was dismissed.

For a player whose first three innings in ODI cricket had seen him score 0, 12, and 7 not out, this was huge. It convinced Ganguly and John Wright to stick with him, to give him a proper go.

“Ganguly and Wright have heard of me,” said Dhoni after the game while being mobbed by questions about how much milk he drinks. “But they have never really seen me a bat. So it is a very, very big thing for me to perform in front of them. After all, seeing is believing.”

And with Dhoni, seeing, indeed, was believing. It was a credo he stuck with throughout his career. He saw the world through a unique prism and made up his mind based on his own observations.

The path ahead
A few years later, the 2007 World T20 triumph had given Dhoni considerable power as a skipper. And he set about wanting to change things in the ODI set-up too. In his tenure as coach, Greg Chappell had hammered home the idea that for the shorter formats, India needed three-dimensional cricketers, and fielding was a very important dimension. 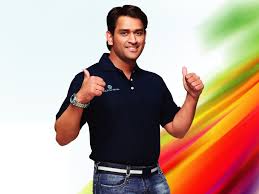 In January 2008, Rahul Dravid and Ganguly were both left out of the ODI squad at skipper Dhoni’s request. There was much speculation then but when one got an opportunity to finally speak to him about the decision a little later, his reply was a simple one: “Fielding is important in the short format. Your movement in the field sets the tone.”

It was an attention to detail that was vital to the big picture. It was a very matter-of-fact decision, very Dhoni. There was no malice. Rather, simply a sense of detachment. It wasn’t personal. This was him looking towards the future, this was him ‘seeing and believing.’

ALSO READ:  When 'Sunrisers Hyderabad' Made Fielding Fashionable And Adorable

If he believed that a tough decision needed to be made, he would make it without flinching. If he saw potential, he would back a player; give them the long rope.

A new goal
Just as Dhoni took over the Test captaincy, Gary Kirsten came in as coach. They were a match made in heaven. Mentally, they were in sync right from the word go.

As a coach, Kirsten had a simple belief – his door was always open but the player had to come to him if he needed help. It was important that the player took the first step. For Dhoni, too, things worked in a similar manner. He had a lot of seniors in the Test team and he didn’t bother them much but he wanted the youngsters to take the initiative. Do that or get left behind.

Together, they set new goals for the team – become No 1 in Test cricket and win the 2011 World Cup. It helped him and the team refocus. The results came in thick and fast as well.

By this point, the bubble around Dhoni had got more pronounced. A very clear distinction was made about who was allowed to come in and who wasn’t.

The only one who made Dhoni lose his calm was S Sreesanth. The pacer from Kerala was an unpredictable entity and he often left Dhoni scratching his head.

“I am very specific to him and told him that he should not cross a few boundaries. It is better that you do not cross those boundaries. If you want to irritate someone that should be the opposition and not your side,” Dhoni had said in 2011. 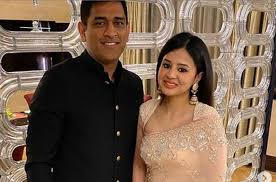 There were times when Dhoni would let his guard down and offer a peek inside his bubble but those moments would almost never take place in a press conference. Off the record, you could talk video games with him or food or bikes or cars and he would even enjoy the conversation.

ALSO READ:  Late Arrival Of Ambulance Cause For Lost Of Precious Lives In Hyderabad

But the moment, you mentioned cricket, the bubble would reappear. You could look in but you could never guess what he was really thinking.

Some people are rather transparent – their emotions will tell you exactly how they are feeling. But Dhoni was opaque, like a block of cement… right there in front of you but there was going to be no seeing through it.

Captain Cool?
Just before the 2011 World Cup, the Indian team held a training camp in Bangalore. The camp went off without a hitch and then, a press conference was scheduled. As it got over, Dhoni made his way to the elevator and when he got in, one of the journalists jokingly commented on his rapidly greying hair.

Dhoni smiled in response and said: “Try captaining India for a year and see what will happen to you.”

On the surface, it looked like Dhoni wore the crown lightly but inside the bubble, he must have clearly felt the pressure. As he said recently, it was just a question of controlling his emotions. 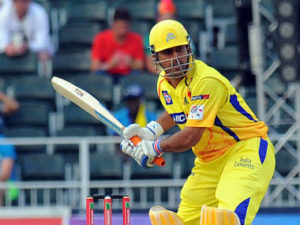 It wasn’t so much about winning each time they stepped onto the field, rather it was the pressure to do the right things without worrying about what else it might lead to.

Of course, there were times when one wishes he would have cleared things up. The CSK betting scandal and Rhiti Sports shares controversy were prime examples. Instead, these incidents only saw him withdraw even deeper into the bubble.

It might have been a defense mechanism initially, maybe even a ploy to stay grounded but now, it has become a way of life.

Indeed, he has surpassed every standard by which we gauge the fame of an athlete and, with a few exceptions, has handled the adulation with unnatural grace.

Through it all, it might be right to say, his bubble never burst. Perhaps, he never let it.
The most unexpected facet to Mahendra Singh Dhoni’s retirement from international cricket, through an Instagram post no less, was that he announced it himself. #KhabarLive #hydnews