One of Bollywood’s biggest stars has been summoned for questioning by Indian police as part of an ongoing probe following the suspected suicide of high-profile actor Sushant Singh Rajput.

Deepika Padukone — who appeared alongside Vin Diesel in the 2017 film “XXX: Return of Xander Cage” — is set to be questioned Saturday, Narcotics Control Bureau (NCB) Director-General Rakesh Asthana told CNN.
Asthana did not give details about what Padukone would be questioned about. CNN has reached out to Padukone’s representatives for comment.
Former model Padukone, now one of India’s best-paid actresses, is the highest-profile star to be embroiled in a probe into allegations of drug use in Bollywood — a story that has transfixed the country and dominated headlines for months.
The investigation was sparked after Rajput, 34, was found dead in his Mumbai flat in June in what police described as a suicide. Indian authorities conducted an autopsy but have not made an official statement on the result. 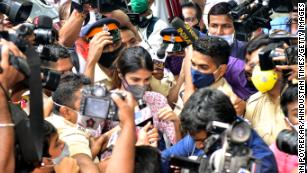 Her Bollywood actor boyfriend’s death prompted a media firestorm. Now, she’s been arrested on alleged drug offenses
Shortly after his death, Rajput’s father KK Singh filed a police complaint in Bihar, the Indian state he lives in, accusing Rajput’s girlfriend Rhea Chakraborty — a lesser-known Bollywood star — of stealing money from her boyfriend’s bank account and abetting his suspected suicide. Rajput’s family allege Chakraborty abetted his suicide by providing him with drugs that exacerbated his mental health issues, Chakraborty’s lawyer Satish Maneshinde told CNN earlier this month.
She denies those allegations, he added.
“Some sections of the press continue to portray her in a negative light which is unfortunate,” Maneshinde said.
In August, a case based on Rajput’s father’s allegations was transferred to the Central Bureau of Investigation, a federal law enforcement agency, and the scope of the probe widened. Since then, the NCB has arrested at least 10 people including Chakraborty , who was apprehended earlier this month for allegedly buying cannabis for Rajput prior to his death. 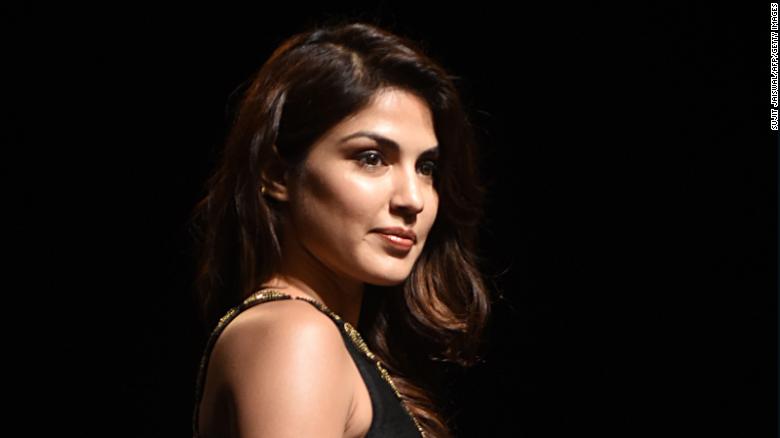 Bollywood actress Rhea Chakraborty in Mumbai on August 22, 2018.
Chakraborty remains remanded in prison for a range of offenses including allegedly purchasing and consuming drugs, according to Mutha Ashok Jain, the deputy director of the NCB for southwest India.
Authorities did not recover any drugs from Chakraborty, who admitted purchasing narcotics for Rajput, according to Jain. Those offenses carry a possible penalty of 10 years in prison and a fine of 100,000 Indian rupees ($1,360).
Rajput’s death and the ensuing fallout have been covered extensively in Indian media, with unverified conspiracy theories and allegations given air time on nationwide newscasts.
Chakraborty has borne the brunt of the media circus. In a tweet in July, she begged the Union Home Minister Amit Shah to launch an investigation into the case. “I only want to understand what pressures prompted Sushant to take this step,” she said.
Rajput made his debut in Hindi cinema in 2013’s “Kai Po Che!,” according to the film site IMDb. He was awarded best actor (male) at the Indian Film Festival of Melbourne in 2017 for his movie “M.S. Dhoni: The Untold Story,” in which he played Indian cricket star Mahendra Singh Dhoni.
How to get help: In the US, call the National Suicide Prevention Lifeline at 1-800-273-8255. The International Association for Suicide Prevention and Befrienders Worldwide also provide contact information for crisis centers around the world.”
ALSO READ:  After Virushka, Will 'Deepveer' Or 'Ranvika' This Year?