Though street vending plays a vital role in assuring livelihood to a large underprivileged and marginalized section of the society, its contribution is seldom recognized by the city administration or urban planning agencies.

Street vendor refers to a person engaged in vending of articles, goods, wares, food items or merchandise of everyday use, or someone who offers services to the general people from a temporary built-up structure or by shifting and moving from one place to another. 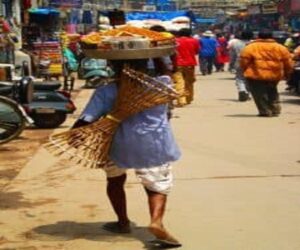 Street vending has been a profession in existence in India since time immemorial. Street trade is one of the visible self-employment occupations, yet few places successfully balance the need to support livelihoods with the needs to manage public space.

So street vending is an informal sector where vendors offer their labour to sell goods and services on the street without having any permanent structure of their own. Various studies have shown that it is one of the marginalized sections of the urban poor as this occupation is widely seen in urban public spaces.

“I think it’s too much to expect people to buy chairs or any kind of furniture for their houses at this point, but we’re hoping there will be a shift in this passive market,” says Parasanul, a 35-year-old migrant labourer who decided not to travel from Telangana to his hometown of Niwari in Madhya Pradesh (MP) during the lockdown.

Unlike thousands of migrant labourers who chose to go back to their home states by any means of transport or even by foot, Parasunul and 10 of his friends, who work as commission based street hawkers for a company that manufactures plastic chairs, decided to stay back. 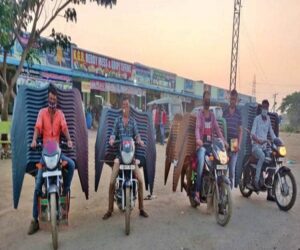 Until mid-March things were going well for Parasunul, who had left behind his wife and two young children back home in MP. This specific group of labourers was selling chairs in Nirmal, Nizamabad and Kamareddy districts, and would change their location every 15 days.

These street hawkers, like any other migrants who come from different states, are landless agricultural labourers or small-scale farmers who are forced to move out in search of a livelihood. #KhabarLive met them near Banswada X road in Kamareddy district.

According to Amar Singh (30), who hails from a village in Ashoknagar in MP, going back was not a desirable option as the wages were better in Telangana. Back home, he used to work as an agricultural labourer for Rs 150 per day. “We can go back home, but what do we do there? There’s no work and even if we get something they will pay very less. We thought things would get back to normal but it didn’t,” he says.

Amar Singh and his friend Gopal make rotis and cook meals for all, while others engage in chores like cleaning utensils. On the days they cannot cook, the men pool in money and buy food from roadside eateries.

B Laxman (28), who is from Anagidi of Mansur in MP, suffered a lot during the lockdown because there was no work or income. He says, “We’d spent whatever we saved to buy ration. As we couldn’t sell any chairs, there was no more money and we had to get it from our families, who would take loans and send it to us.”

These chair sellers stay in groups and work for contractors of different companies. While the contractor pays for accommodation and fuel, the labourers have to take care of the food.

Laxman says that their business hit rock bottom as the pandemic had affected the sales since there was little or no income for many in the rural areas during the lockdown. “How will they buy chairs or any item for household use when they find it difficult to even run the house? Yet we try our luck every day, selling 10-15 chairs a day has become a big deal now.”

Selling one chair fetches them Rs 20-30, which means 10 chairs a day would bring around Rs 200. Earlier it used to be Rs 700-800 per day after six to eight hours of hawking around villages. Laxman further adds, “This Rs 200 is just enough for our food. I think it’ll take some more time for things to be stable again.”

Every morning before dawn, the workers load the chairs onto their bikes and head to the villages to sell them. All of them wear masks and carry hand sanitisers. Gopal, the youngest among them, says, “Earlier, people used to give us food. Now they’re scared to even give us water, so we carry water bottles to avoid risk.”

ALSO READ:  Why Experts Feel 'Feeding Pigeons' In Hyderabad To Be Banned? 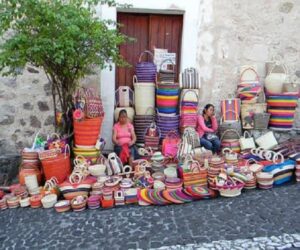 For the last 10 days, the men have been staying in a tiny room in the cellar of a shopping complex without a bathroom facility, and that’s where #KhabarLive visited them. While three people can sleep in the room amid the bundles of chairs, the others sleep on the stairs of the complex along the highway where they are assailed by mosquitoes.

When asked how they are keeping up, Saithan Singh, 30, says, “At this point of time, we’re happy that we’re able to get food every day with our small earnings. If we look for comfortable accommodation, it’ll be difficult to feed ourselves.”

The labourers feel that they have taken a good decision by not going home during the lockdown as they believe conditions are much worse back home and they hope things here will get better. Many are of the opinion that things would not be so pessimistic once the monsoon crops are harvested.

Dr Siliveru Harinath, Senior Research Fellow at the Centre for Economic and Social Studies (CESS), observes that the situation is a result of the pandemic driven lockdown. He says, “At this point of time, people’s economic resources have dried up due to which all dependent informal economies are affected. By November-December there might be a slight improvement in the rural areas as paddy and other short-term crops will be ready for reaping and that might generate some money and change the market.”

He adds, “The pandemic has created additional burdens. People would rather focus on things like buying smartphones for children for online classes.”

Likewise, to an average income earning person, this profession allows dynamic role in the economy providing all the necessary durables at cheap and affordable rates. This helps to generate employment and income and sustain the economy. It is growing because it not only provides employment, but because it provides services to the urban population. Urban youth prefer to buy clothes and accessories from street vendors because the products the vendors sell are typically cheaper than those found in formal retail outlets. 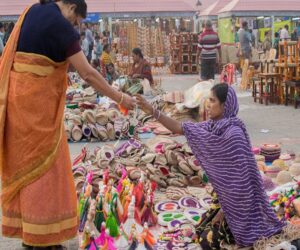 According to the Ministry of Housing and Urban Poverty Alleviation, there were more than 10 million street vendors in India. In India, poverty, predominant in rural areas, continues to push people from rural to urban areas. Since the migrants usually lack skills and education, they cannot opt for formal sector jobs; hence, many of them have no other alternative and start street vending in order to survive in the city.

Though street vending plays a vital role in assuring livelihood to a large underprivileged and marginalized section of the society, its contribution is seldom recognized by the city administration or urban planning agencies. Article 19 (1)(g) of the Constitution of India promises the right to practice any profession, or to carry on any occupation, trade or business to all Indian citizens. Paradoxically, different sections of the Indian Penal Code (IPC) and Police Act empower police to remove obstructions on the streets.

The police and municipal authorities not only evict them from the streets by labelling them as hindrances, in some cases, their so-called “illegal status” is used to extort money from the vendors. In 2014, the Parliament of India passed a legislation called “Street Vendors (Protection of Livelihood and Regulation of Street Vending) Act 2014”. 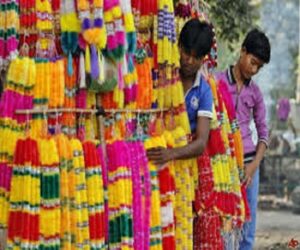 Many civil society organizations such as Self Employed Women’s Association (SEWA) and National Association of Street Vendors of India (NASVI) were instrumental in getting the landmark legislation drafted, hoping that it would ease the situation for the vendors. However, many cities have not implemented the act.

In the few cities where the provisions of the Act have been adopted, the executive has systematically undermined the wellmeaning provisions, turning them instead into a tool to disenfranchise and harass the vendors themselves.

According to a recent study in Mumbai, the per capita income of 53% of street vendors is Rs 20 per day. The NCEUS report categorizes this income level as “poor and vulnerable”. The income level of the vendors has not increased over the years.

Also, they are heavily dependent on money lenders to whom they have to pay high interest rates and remain in a perpetual debt trap. The role of the government is highly anticipated in this case for a viable solution to the poor street vendors.#KhabarLive #hydnews