Inspired by the positive impacts of millet grains this restaurant is now willing to pursue feeding the families in and around Hyderabad at the best. 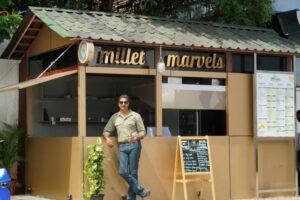 The key aspect to Millet marvel menu is the nutritional quality to help maintain the well-being. As a doctor, Bharat Reddy tells what made him launch a restaurant that focusses on food made of whole-grain millets. Millet Marvel will always be to innovate the energy food to bring out a wider variety to the table. 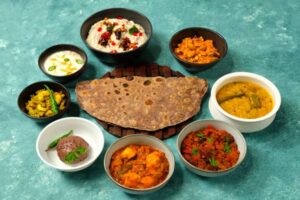 At Millet Marvel, “Food innovation forever will remain our elemental mission to unwrap broader assortment on the table. Millet laddus, millet burgers, millet muesli one can cook up a storm with just one type of whole grain millets.

Tollywood actors such as Nagarjuna, Nabha Natesh and others have been swearing by whole grain millet products. Actor Nagarjuna went ahead and tweeted “It’s a healthy replacement for rice and especially wheat,” who has been eating millets for the last four years.

I have been eating millets for the last 4 years!! A health replacement for rice & especially wheat…Take a look at @MilletMarvels from my friend and co-actor @bharathreddyam at https://t.co/jThBnqbEOb you won’t regret it? pic.twitter.com/cIbT89sbi7

Utilising this opportunity, Dr Bharath Reddy who is a senior consultant cardiologist and a Telugu actor is promoting the increasing millet consumption and started the Millet Marvels – a restaurant in Hyderabad which serves from dosa, idly and vada to puri and uthappam, with a vision to keep major focus beyond customer gratification, by helping customers to choose what builds them in a right manner, providing best to bring in sustainable practices via climate advantageous ingredients. 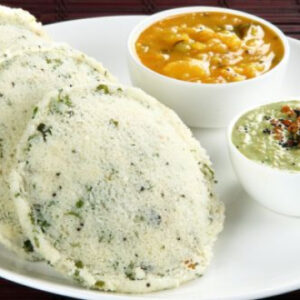 All food items here are made of different types of millets and sold at customer friendly prices. Millets Marvel is running since its start from August 2020 at Film Nagar, Hyderabad. Millet Marvels also sells whole grains which are sourced from the farmers of Telangana, Rayalaseema and some parts of Karnataka region.

Dr Bharath Reddy not only wants to create a business but main idea is to create awareness about making the right food choice. He says “If you continue eating polished white rice and wheat, you will end up taking medications from the age of 35 to 40,” he told to #KhabarLive.

Finger millet is considered rich in niacin, playing an important role in more than 400 enzyme reactions. Finger millet is full of dietary fibre, which helps to control the bad cholesterol. However, today finger millet is used in hundreds of recipes. Enjoy the popular dishes using pic.twitter.com/wQy5bEBbP6

He further added. “We put the word millets in the restaurant’s name as we want people to know that they are eating millets when they step into our outlets and the awareness around it should increase. Giving something worthwhile back to society is the main aim behind starting this,” he himself has been on a millet diet for the last five years. 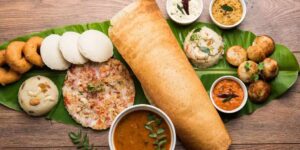 According to the actor-doctor, who has featured in more than 50 films in Telugu, Tamil and Kannada, several celebrities are endorsing Millet Marvels “without any commercial attachment”, as a social cause to increase the consumption of millets.

Despite running into financial losses, Dr Bharath said he managed to keep the restaurant afloat with the help of entrepreneurs, Raju and Bhasker Reddy. Today, Millet Marvels has branches spread across the city at Film Nagar, Kismatpur, Kapil Towers and Manikonda. He plans to turn his venture into a Pan-India project.

Dr Bharath Reddy, who is also a practising cardiologist for last 22 years, said that he has been seeing frequent cases of diabetes among the young population, especially those in the age of 22 and 24 years. The sugar levels are as high as 450 to 600, “which is a pathetic scenario,” he said the main culprit is predominantly the eating habits which includes polished white rice and wheat and the quantity in which it is consumed by our people. “They are also called as negative grains as they cause more harm to the body, inducing diabetes, hypertension and obesity. There is not much benefit you get from polished grains, not even one per cent of fibre,” said Dr Bharath. 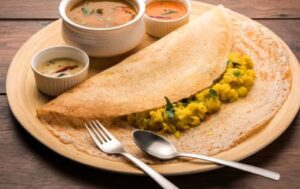 Quoting the Diabetic Association of India, Dr Bharath Reddy said that in another three years, that is by 2023-2024, 70% of people would be diabetic or pre-diabetic by the age of 40.

If the trend continues in another five years, most of them end up being diabetic, “Everything is interconnected, if we don’t change our eating habits now we have lost. If we don’t give the next generation what they are supposed to eat, then we are gone. 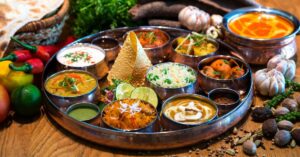 India as a healthy generation may not exist,” warns Dr Bharath Reddy, stressing on the need to shift to whole grain millets. While there are many people who think that eating chapati and phulka made of wheat flour would help, Dr Bharath Reddy said it’s a myth. He also warned against buying unpolished millet grains available in the market. “Any grain contains fibre, micro-macro nutrients, trace elements (nutrients) and phytonutrients in its outer bran layer. When a grain is polished, we are losing its nutritional value and there is not much left,” said Dr Bharath, who is also doing his South Indian Web series and movies. #KhabarLive #hydnews