The owners of several medical shops are exploiting the sale of generic drugs under the guise of branded drugs. Retailers make about 18 to 20 per cent profits of selling branded drugs, and make 70 to 200 per cent of profits selling generic drugs. This is a common practice in Telangana without any governance or control. 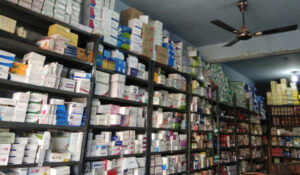 Medical shops are selling generic medicines as branded medicines in entire Telangana state. It is alleged that wholesale drug dealers and medical store owners were involved in the illegal business to make fast bucks. It is estimated that the business will be around Rs 1000 crore across Hyderabad.

The batch number will be displayed on every drug that merchants give to medical stores. If the batch number embedded in the bill at the time of giving drugs to the retail stores is the same as the batch number written on the bill given to the buyer, one can be sure that it is correct, but having different numbers on the two bills reinforces the allegations that generic drugs are being sold as branded.

There is a provision for selling drugs without a doctor’s prescription. The officers, who are to supervise, are acting negligently.

In addition to some wholesale agencies that trade in medicine without proper documents, there is a complete lack of surveillance by medical regulatory authorities on medical stores. It is reported that there are about 8,500 medical shops across Hyderabad. Apart from this, it is estimated that there are hundreds of unlicensed shops in the towns and villages of Telangana. However, selling drugs without complying with the regulations can lead to fraud even on the part of the authorities for not conducting inspections. 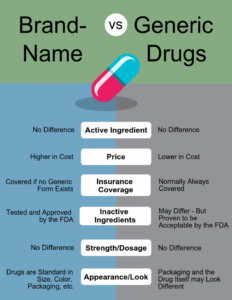 The proliferating confusion and misinformation about generic medicines across stakeholders, prescribers, pharmaceutical trading agencies and policymakers has accelerated and so amongst the patients.

The term ‘generic’ word in denotes the medicines which are marketed under a generic name. Then there is another term called ‘Branded generics’, to connote medicines which are now off patent and sold under a brand name by companies, this represents almost all the drugs in the Pharmaceutical market.

Although pharmacological regulators say there is no difference in the quality of generic and branded drugs, doctors say that for example, sifigzyme-200mg tablets are priced at Rs 120 in brands while only Rs 40 in generic. However, patients are suffering without knowing what kind of medicine they are buying, generic, or branded. Patients are likely to benefit if generic drug stores are set up in urban and rural areas with a focus on the poor.

Several pharmaceutical trading agencies and drug makers portray branded generics are superior to unbranded generics via advertising and promotion. Patients emphasize and value safety, quality and cost effectiveness of medicine and it doesn’t matter to them whether the drug is branded or unbranded. Drug makers in India market same molecule under several brand names at different prices. Medical professionals have added to this confusion by indicating they trust drugs made by reputed companies. The debate continues as many companies often argue how chemists and pharmacists promote & market, drugs which are affordable than that prescribed by doctors. It helps to keep a margin and don’t have to share the incentives.

In a recent study, India’s trade margin for several branded medicines varies from 200% to more than 2000%. Not only this, the practice of self-medication is widespread in the nation among several socio-economic groups is similar to the practice of over the counter drug dispensing. Patients end up paying exorbitant prices for over the counter drugs bought from local chemists as they are unaware of the profit margins on simple antibiotics, painkillers, cough syrups or antihistamines. 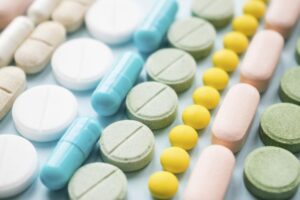 Pharmacists do not appear in most medical stores in the districts. Those who work in stores, with experience are becoming managers. It is noteworthy that the pharmacy has taken their certification documents with the lease agreement and others are running the shops for a certain amount of money per year.

With the escalating prices of medicines in India because of the progressive dismantling of price regulation system, the Drug Prices Control Order (DPCO) had to put a price limit on 348 medicines which decreased to just 74 by 1995. Now, it is a patient’s perception that if the price is low, then the medicine is of poor quality. However, there are several reasons for generic medicines to be cost-effective. The 1st i.e. patented brand need to repeat their animal and clinical study regularly to validate the drug’s effectiveness and safety to the authorities. Generic medicines are only released in the market once the patent for its brand-name expires. As there is no associated brand or promotion, the cost will ultimately be low. Secondly, some companies dealing in generics intend to provide affordable medicines to people and earn from the volumes as against branded medicines sellers who intend to earn short term profits.

Why the authorities are not promoting generics that are accessible to the poor? All the medical shop owners in the districts together keep the drug inspectors in their pockets. Officials will have to abide by what the Medical Shop Owners’ Association leaders say. Although some have tried to set up a generic store, community leaders warn that they will get into trouble if they do so. 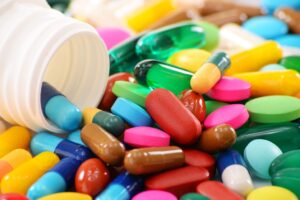 Members of the Medical Shop Owners’ Association allege that money is being collected every month from all medical shops in the districts. It is alleged that Rs 5,000 per month is being charged from each shop and Rs.10,000 from city shops, half of which is shared by drug officers and the rest by community leaders. With this, owners of medical shops are behaving arbitrarily.

In the midst of several objectives and issues, Government of India took various initiatives to eliminate the differences (price as well as quality) visible within the same molecule be it is generic or brand.

– The Drug Controller General of India (DCGI) has issued instructions to all State drug controllers to ensure that private retail chemist shops have separate shelves or racks to make generic medicines available.

Hence, the Government is doing its bit to promote affordable generic medicines in the country.

Branded medicines are expensive than generic medicines thus, the sales commission is quite higher for everyone in the supply chain. Generic drugs are priced lower so, the revenue earned by everyone in the supply chain is low. For generating the same commission revenue, entire sales of all brand manufacturers will require to be high. This would create confusion in the existing business and the company’s lifestyle.

Generic producers will need to invest in equipment to meet the quality standards of brand drugs and get their products approved. Generic companies, if invests in upgrades will have to increase their selling prices to recover the investment. The prices, therefore, an inch to the brand level.

On basis of above, the True need of the Hour is educating the mass of India about the “ effectiveness and efficacy” of High-Quality affordable medicines, and make them understand that it works at par like it’s Branded counterparts and that they need to start Believing on the same and consume without hesitation.

An attempt was made by #KhabarLive to contact State Drug Authority, but the officer could not be reached. Asked to comment on the issue, DMHO said, “We have no control over the management of medical shops.” He said there was a government directive to encourage the setting up of generic medical shops in public sector hospitals. #KhabarLive #hydnews