Jewellery has not just been an ornament but a celebratory ‘state of being’ for many women. Making these luxurious and elegant pieces of jewellery with a lot of detailing and a personal touch is this brand called Opalina, a women-led brand spearheaded by Nikita Singh, an architect-turned-jewellery designer. 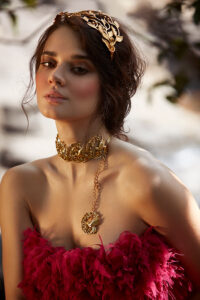 “I worked as an architect for five years but slowly I realised I was not into buildings but on the intricate designs of it. Even while I was working on architecture, I was also focused on jewellery designing simultaneously for around three years. So, slowly I realised that jewellery was what I love and started Opalina,” says Nikita. 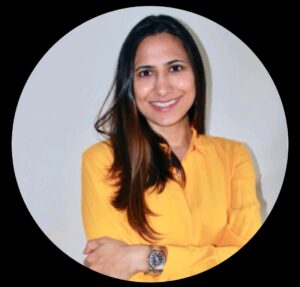 Having started in 2018, Opalina (jewel in Sanskrit), began with offering just traditional jewellery, but the brand has evolved into several new designs and patterns with a mix of traditional and modernity, and also pieces inspired from the surroundings. “I started with traditional as I was very inspired by the Mughal architecture and brought its essence into jewellery. Slowly, as I gained hands-on experience, anything in the surrounding would inspire me for the next new piece. My new contemporary collection ‘Garden of Eden’ is inspired by the flora and fauna. It also brings to life the textures, touch, and feel of nature through velvety soft petals, radiantly ridged leaves, and the feathery feel of the birds,” explains Nikita. 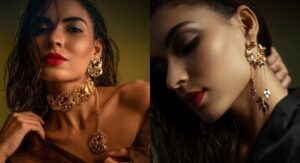 While having an idea of bringing nature to jewellery designs was easy, in practicality, it was a lot of hard work, says the 26-year-old jewellery designer. “The pandemic brought us all close to nature and it is during that period that I wanted to create something more organic. We did our groundwork for more than three months and then came up with some 3D designs. But, the biggest challenge was bringing these 3D designs to reality,” shares Nikita.

“My team of 15 young girls found the execution very difficult. We would work on one piece around five to six times and simply keep trying repeatedly till we get what we desired. There were also times when my team would say ‘Ma’am I don’t think we will be able to make this’, but now, after several ups and downs, the collection is finally ready,” she adds. 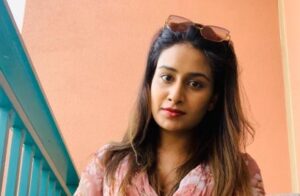 On a lighter note, adding to her challenges, Nikita shares her age has always been a big barrier for her. “People don’t take me seriously when I tell them my age. I have to ask 80 per cent of my people, including the karigars who work for me, to trust my work and not go on my age. People treat me like a kid who is just doing something for fun, and it is really a big challenge to convince others to trust me — and that I’m 26 and an owner of a jewellery brand,” Nikita laughs.

ALSO READ:  'Oudh', The 'Liquid Gold' Of The 'Perfume' Business

Opalina is soon to release a bridal collection with the use of pearls, Swarovski stones, and some intricate Mughal designs. Log on to our website to make some of these soulful jewellery pieces all yours. #KhabarLive #hydnews