There are some 573 communities recognized by the government as Scheduled Tribes and therefore eligible to receive special benefits and to compete for reserved seats in legislatures and schools. 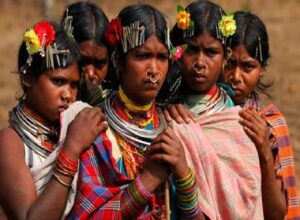 The biggest tribal group, the Gonds, number about 7.4 million; followed by the Santhals with about 4.2 million. The smallest tribal community is the Chaimal’s in the Andaman Islands who number just eighteen. Central India is home to the country’s largest tribes, and, taken as a whole, roughly 75 percent of the total tribal population live there.

Tribal people account for 8.2% of India’s population. They are spread over all of India’s States and Union territories. Even so they can be broadly classified into three groupings. The first grouping consists of populations who predate the Indo-Aryan migrations. These are termed by many anthropologists as the Austro-Asiatic-speaking Australoid people. The Central Indian adivasi’s belong to this grouping.

The other two major groupings are the Caucasoid and Sino-Tibetan or Mongoloid tribal people of the Himalayan and Northeastern regions who migrated at later periods. If we accept this, then the only people who conform to Nihar Ranjan Ray’s description of the “original autochthonous people of India” are the Central Indian tribes. The other two broad tribal groupings have fared better in the post-independence dispensation. 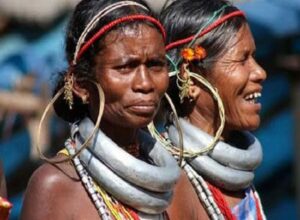 In Orissa over 72% of all adivasis live well below the poverty line. At the national level 45.86% of all adivasis live below the poverty line. Incidentally the official Indian poverty line is a nothing more than a starvation line, which means that almost half of India’s original inhabitants go to bed every night starving. Several anthropometric studies have revealed that successive generations of adivasis are actually becoming smaller unlike all other people in India who benefit from better and increasingly nutritious diets.

There are 332 tribal majority tehsils in India, of which 110 are in the Northeast. Thus we see that in as many as 222 tehsils spanning a population of over 20 million. Even so this is less than a quarter of the total number of tribal people in India, which the Census of 2001 estimated was about 84 million.

The Fifth and Sixth Schedules under Article 244 of the Indian Constitution in 1950 provided for self-governance in specified tribal majority areas. In 1999 the Government of India even issued a draft National Policy on Tribals to address the developmental needs of tribal people. Special emphasis was laid on education, forestry, healthcare, languages, resettlement and land rights. The NDA government even established a Ministry of Tribal Affairs. The draft was meant to be circulated between MP’s, MLA’s and Civil Society groups. A Cabinet Committee on Tribal Affairs was meant to constantly review the policy. Little has happened since. 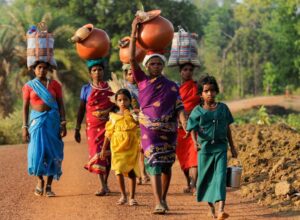 The draft policy is still a draft, which means there is no policy. But it must also be stated that this sudden concern for tribals was mostly motivated by the fears of conversion to Christianity that would have precluded their assimilation into the Hindu Samaj. Thus, even though the states of Chattisgarh and Jharkhand were carved out of Bihar and Madhya Pradesh, real tribal issues relating to their culture, way of life and aspirations were not addressed. Political power has still, by and large, eluded them. Even when tribal leaders come to the fore they are quickly sucked into the ways of the traditional ruling classes and prove no less avaricious and corrupt. Not to be left behind the UPA government drafted the Scheduled Tribes (Recognition of Forest Rights) Bill in 2005 but did not act upon it due to pressure mounted by self-styled wildlife activists and the wildlife tourism lobby.

ALSO READ:  Is Andhra Pradesh At The Edge Of 'Constitutional Crisis'?

Even before Independence on December 16, 1946, welcoming the Objectives Resolution in the Constituent Assembly, the legendary adivasi leader Jaipal Singh stated the tribal case and apprehensions explicitly. He said: “As a jungli, as an Adibasi, I am not expected to understand the legal intricacies of the Resolution. But my common sense tells me that every one of us should march in that road to freedom and fight together. Sir, if there is any group of Indian people that has been shabbily treated it is my people.

They have been disgracefully treated, neglected for the last 6,000 years. The history of the Indus Valley civilization, a child of which I am, shows quite clearly that it is the new comers — most of you here are intruders as far as I am concerned — it is the new comers who have driven away my people from the Indus Valley to the jungle fastness…The whole history of my people is one of continuous exploitation and dispossession by the non-aboriginals of India punctuated by rebellions and disorder, and yet I take Pandit Jawahar Lal Nehru at his word. I take you all at your word that now we are going to start a new chapter, a new chapter of independent India where there is equality of opportunity, where no one would be neglected.”

The Resolution, to Jaipal, was simply a modern restatement of his own people’s point of view. In adivasi society, there was no discrimination by caste and gender. Thus “you cannot teach democracy to the tribal people; you have to learn democratic ways from them.” The adivasi’s paid dearly for taking Jawaharlal Nehru at his word. Even if the provisions of the Constitution were implemented in some measure if not all of its spirit and word, the present situation would not have come to be. 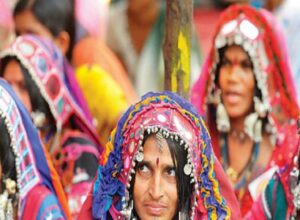 But there are several paradoxes that must also be dealt with first. The most important of these is that to provide good government in the worst of law and order environments. A better civil administration structure must come up in place of the one present. This means the best officers drawn from across the country.

Perhaps it is time to constitute a new All India Service, similar to the former Indian Frontier Administrative Service. The IFAS was an eclectic group of officers drawn from various arms of the government. Unfortunately it was merged into the IAS. All tribal majority areas must be consolidated into administrative divisions whose authority must be vested with democratically chosen leadership.

This body could be called the Adivasi Maha-panchayat and must function as a largely autonomous institution. All laws passed by the state legislatures must be ratified to the satisfaction of the Maha-panchayat. Instead of the state capital controlled government, the instruments of public administration dealing with education, health, irrigation, roads and land records must be handed over to local government structures. The police must also be made answerable to local elected officials and not be a law unto themselves.

The lament of the Adivasi about their role in their government is well known. It is the subject of many a folk song such as this:

“And the Gods were greatly troubled in their heavenly courts and councils Sat no Gods of Gonds among them.  Gods of other nations sat there Eighteen threshing-floors of Brahmins Sixteen scores of Telanganas But no Gods of Gonds appeared there From the Glens of Seven Mountains From the twelve hills of the valleys.” #KhabarLive #hydnews