The prestigious Hyderabad Cricket Association is struck in deep trouble with several major issues which are long pending and unsolved. Now, with the crisis further deepens with the differences between HCA president Mohammed Azharuddin and other members. 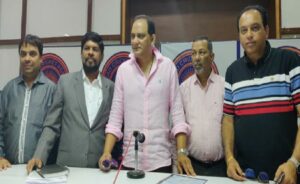 Major jolt in Hyderabad Cricket Association (HCA)  as majority members of the Apex Council raising a banner of revolt against the president Mohammed Azharuddin.

Interestingly, while the long-awaited Apex Council meeting was being held at the Gymkhana grounds, Azharuddin chose to ignore it and preferred to interact with the “under-19 new selections”, a few meters away from the meeting site.

The Council members were in a clear combat mood as holding of the meeting was a bit uncertain as Azharuddin had called for cancellation of meeting late last night. The members who reached venue, however, decided to go ahead with the meeting.

Among the resolutions that were passed unanimously at the ‘informal’ meeting, were to hold the long pending Annual General Meeting (AGM) on March 28.

It was also decided to continue with the last season’s panel of junior selectors – Noel David as the chairman, Abdul Azeem, Vivek Jaisimha, Shivaji Yadav and Rajesh Yadav. These selectors were approved by the last general body meeting and they will accordingly select the Hyderabad under-19 team for the Vinoo Mankad Trophy.

According to John Manoj, this was an emergency meeting which Azharuddin wanted to cancel . “All the members, barring Azharuddin and Daware, were present. We followed rules and gave a 21-day notice for the AGM.’’

Secretary Vijayanand clarified that they have decided to ‘officially’ hold the Apex Council meeting on Friday and the current meeting was an informal one. 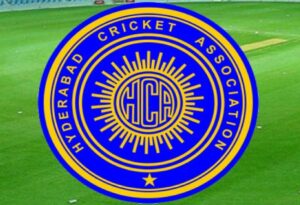 Earlier, the crisis in Hyderabad Cricket Association (HCA) surfaced. The issue of who will represent the HCA in BCCI seems to be stirring a hornet’s nest after the annual general meeting (AGM).

Even as the Anil Kumar group insists that the AGM has approved G Vivekanand’s name as the association’s representative, former Indian skipper Mohammad Azharuddin and former HCA president Arshad Ayub have said the decision has been deferred. “The CoA had clearly said HCA representative issue would be decided after the elections. The majority of the members of the HCA in the AGM had clearly deferred the decision. However, the Anil Singh group is spreading wrong information on this issue,’’ said Ayub.

Former secretary T Shesh Narayan said they have recorded the proceedings and the majority of the club secretaries had wanted this issue to be discussed and implemented after the September elections. “Anil Kumar left the dais without taking up the remaining items of the agenda. Thereafter, the meeting was concluded unfortunately without a vote of thanks,’’ he said.

Shesh Narayan said they will report the matter to CoA and seek strong disciplinary action against the erring officials. “We will present the case to the Ombudsman. We have all the documentary evidence.”

Azharuddin blasted Anil Kumar for high-handed manner of handling the issue. “He has no ethics. The AGM had clearly decided to defer the issue till the elections are over and how can Anil and his group spread wrong information?” he asked. 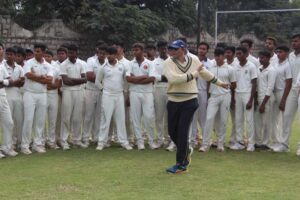 Both Ayub and Azharuddin promised to revive Hyderabad cricket. “If Hyderabad had performed very badly last season it was because of lack of local matches. If you see in 2015-16 and 2016-17 season, we had over 4,500 local matches and our performance was very good in national tournaments. Last season, we hardly had no matches and so our performance too came down,’’ said Ayub.

Ayub, further, said former Test leg spinner MV Narasimha Rao will return from Ireland and will actively take part as member of Cricket Advisory Committee, along with SL Venkatapathy Raju and Purnima Rau. “Our priority is to improve the standard of the game in the city. Narasimha Rao will come here shortly and we want to start the academy at Gymkhana as early as possible once the elections are over in September. Our cricket has suffered because of lack of the academy for the last few years,’’ said Ayub.

Azhar said he would be make earnest efforts to revive cricket in Hyderabad. “We will see that the game of cricket does not suffer any more. Our priority is to improve the game and bring back the old glory.’’

Another major issue,  in the past, Hyderabad has been home to legendary cricketers, known for their talent and flamboyance in equal measure. From M.L. Jaisimha and Mansoor Ali Khan Pataudi to Mohammad Azharuddin and V.V.S. Laxman, the city has produced some of the country’s top performers.

However, a glimpse into the recent state of affairs of the Hyderabad Cricket Association (HCA) gives a depressing picture. Expressing his angst over the poor state of cricket in the city, Hyderabad-born cricket commentator and analyst Harsha Bhogle tweeted, “Extremely pained by what I am reading about Hyderabad cricket. I have such happy memories of playing cricket there. It had a very good structure and that is why it kept throwing up players for India (sic).” Bhogle’s tweet once again turns the spotlight on the current affairs of trouble-hit Hyderabad cricket, and how ultimately, cricket is the biggest casualty.

John Manoj, former Secretary, Hyderabad Cricket Association questions the current players format that the board is following. “Earlier, we used to conduct several league matches, and players who did well were given the chance to play at zonal and state levels and eventually for the national team. But the existing board is not even conducting an appropriate number of league matches, and has also changed the format and structure of playing hierarchy, so how will Hyderabad cricket produce players for Team India?” he asks.

Vidyut Jaisimha, former first class cricketer from Hyderabad, fears that Hyderabad is losing out on the opportunity to produce cricketers who can play for Team India. He further adds that the current mess in the Cricket Association is prompting players to leave and play for another state.

“Players like Vihari, Ravi Teja and Ohja are exciting talents, but they left the Hyderabad team (because of the differences amongst the administrators) to play for the Andhra Cricket Association,” states Jaisimha, adding, “The players who played for the state team haven’t been paid for the last two years, and this has forced a few players to even quit the game. What can the players do? Worse still, players from Assam and Goa lead the Hyderabad team!”

Ambati Rayudu, a very promising player, suffered the most because of HCA politics. The IPL league too today has no Hyderabad player! Not just men, even the women’s cricket team is undergoing a similar crisis. The biggest concern is that no woman cricketer has played for Team India from Hyderabad.

Purnima Rau, former India women’s cricket team coach and Hyderabad cricketer, shares that Hyderabad is not contributing to Team India because of lack of enough league matches being played.

“The last time a Hyderabadi woman cricketer played for India — Gouher Sultana — was in 2014. Before that it was Mythali Raj. We have not had a cricketer from Hyderabad since the last four years and it is really alarming. The current board is not conducting enough league matches as a result of which players are not participating and this is hampering their chances to play for the national team,” laments Purnima.

Former Indian cricketer Arshad Ayub says that it’s time to put cricket first. He points out that the Supreme Court has given the directions and if BCCI follows them, things might improve. “I am hoping that the existing issues will be resolved and cricket will be the ultimate winner,” opines Arshad.

Renowned sports writer and author Ayaz Memon believes that the role of the respective state cricket associations is vital in producing talent for Team India. “They (state cricket associations) should spot players early on and groom them; that gives enough time and experience for the players to make it to the national team and do well,” says Ayaz. #KhabarLive #hydnews