Olive oil has worked hard to cross the borders and has been able to touch the kitchens of the world. A welcome variety of oil, this amazing ‘huile d’olive’ is by far the most favourite of the entire fitness universe and more.

Introduction
Archaeological evidence indicates that the most ancient civilizations used olive oil. It has been there since the days of yore. Considered to be the most intrinsic part of the Mediterranean cuisine, the olive has been a native to Asia, Syria, Iran, and Palestine. Today, it has earned its premium position on the kitchen shelves of the world and is accessible all year round.

Going beyond its culinary uses, this fascinating oil has taken over the cosmetic world by storm too.

Setting it apart
Olive oil, in contrast to other vegetable oils, is extracted from the fruit and not the seed.  The oil is mostly used for its flavour but is also renowned for its application in the production of beauty care products too. Without a doubt, olive oil is one of the healthiest oils just as the fruit olive is one of healthiest topping on salad or pizza.

History proves the fact that the advantages gained from using this oil are not just restricted to culinary practices but also health-related problems. 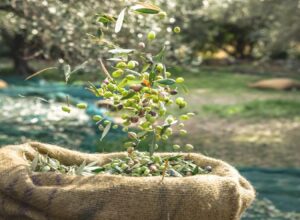 Cultivation
Spain leads in the production of olive oil followed by Greece, France, and Italy. It is also produced in California and Africa, but the production is not significant.

For best results, olive is cultivated in a warm or subtropical climate. The ideal temperature for cultivation ranges from 15 degrees to 20 degrees. Olive grows best in deep, rich and well-drained loamy or clay loam soil. The soil needs to have sufficient water supply or else it isn’t suitable for cultivation. A pH range of 6 to 7.5 is considered best for higher yields and good quality olives.

Varieties
Olive oil is considered as one of the healthier options for cooking. The fact that olive oil is loaded with omega-3 monounsaturated fatty acids makes it super-beneficial for consumption. Rich in antioxidants, olive oil is made out of olives. The oil extracted in various stages gives its distinct aroma and colour. In other words, the different types of olive oil depend on the method of harvesting and processing.

ALSO READ:  The History Of Royal Hyderabadi Cuisines Of India 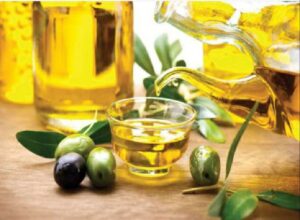 Nutritive value of olive oil
Pick up a pack of extra virgin olive oil which is popular as one of the best edible oils. It has a pleasant flavour, a decent smoke point, and is an antioxidant.

Moreover, this variant has one of the highest levels of monounsaturated fatty acids which decrease the risk of having a heart ailment. Olive oil is rich in fat-soluble vitamin E and vitamin K.

Dishes with olive oil
Olive is eaten whole or can be chopped, added to pizza and other dishes to give it a twist.

As a cooking medium, this oil is the crown prince among the culinary oils. Its usability varies from being added to salad and such dishes as a dressing, as a dip for bread or drizzle on pizza, for deep-frying, and sautéing vegetables, poultry, and meat. It is pleasantly fruity and has its own taste distinct taste.

The best part of using this oil is that it blends with the dish elevating the dish to a whole new level. It is for the same reason it is used differently world over.

The Mediterranean countries use it while frying and cooking food. Olive oil serves as a key ingredient of a famous Southern Spanish dish, Andalusian salad, while in France it is used in making a traditional dip, Olive tapenade. And of course, how can we forget the mouthwatering Italian dish Eggplant Fry? 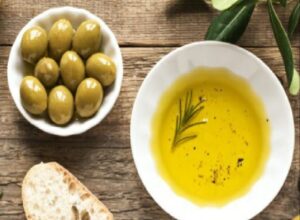 Health benefits
Besides, olive oil is also used for medical purposes. Apart from being a taste enhancer, it is also great for controlling blood sugar and cholesterol level. It is believed to help avoid strokes, decrease heart diseases, Alzheimer’s, diabetes and even cancer.

Rich in vitamin E, the oil is responsible for treating and protecting skin from external factors apart from improving skin health by fighting against acne and inflammation.

The plethora of olive oils in the grocery store can make your head spin. But the point to remember is that olive oil is the “queen of healthy oils.” Used from starters to desserts, olive oil should be a permanent occupant in your pantry. Use of olive oil in the most creative and judicious manner can bring out the magic on your table.

Many even use it as hair-oil since it helps to fight hair loss. Packed with healthy goodness, it is known to be good for bones. Regular consumption of olive oil even acts as an antidepressant. #KhabarLive #hydnews