The Star One show ‘Remix’ — that centred around 4 high school students grappling with their teenage years — was relatable, fun and had something for everyone.

High school dramas have always been popular in the West but Indian television also saw its fair share of this genre, especially in the 1990s and early 2000s. One such iconic show was Remix, which was launched in 2004 on Star One.

While Remix aired for just two years, coming to an end in 2006, the show’s fanbase remains as loyal as ever — even 14 years later.

Goldie Behl, one of the show’s producers, told #KhabarLive that while the show was adapted from an Argentinian telenovela Rebelde Way, they wanted it to be aspirational in its look and feel and yet be relatable.

“I have always enjoyed doing youth-oriented series … even my last youth series on Zee5 RejectX was also very well received, so I guess I have some insight of the young which continues from Remix to Rejctx almost 15 years apart,” said Behl. 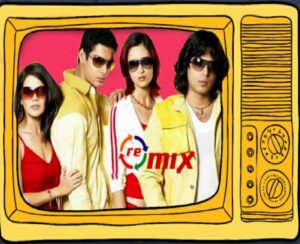 Young, messy and relatable characters
What really struck a chord with the youth of the early 2000s were the four lead characters. They were young, ambitious, flawed, messy and that was extremely relatable for many.

In an earlier interview, Wahi emphasised how the show shaped his life and career and said, “It feels like you’ve done something really good that people still remember it. I hope the show makes a comeback, and I get to be a part of it again.”

Priya Wal played Anvesha Ray Banerjee, an unconventional female lead at the time. Anvesh, or Ashi as she was called in the series, was a red-haired tomboy who was outspoken and rebellious. Her catchphrase “Hey Bhagu” also became extremely popular.

According to Wal, it was her air-guitaring and head-banging skills that ultimately landed her the role.

“I became a lot like Anvesha and I put a lot of myself into Anvesha. I was not an actor, so I was just being me, just being raw,” she told #KhabarLive.

Wal’s character especially resonated with a lot of teenagers. Shrehya Taneja, 28, a high-school teacher based in Delhi recalled how Ashi’s character helped her realise that it was okay to be a tomboy and have awkward phases as a teenager. “The best part was that my parents really liked her character as well and it taught me to not always act the part of being a girly girl.”

Raj Singh Arora’s Yuvi, was a quintessential spoilt brat and does a lot of growing up throughout the course of the show.

Tia, played by Shweta Gulati, was Indian television’s original ‘daddy’s princess’. She made a lasting impression with her unique quirks, especially her habit of referring to herself in the third person and the iconic line, “Tia Ahuja hona koi aisi waisi baat nahi (It’s no small feat to be Tia Ahuja)”. 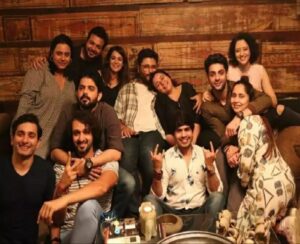 “Remix was ahead of its time. Everything has gotten bolder but we still shy away from basic issues that a teenager goes through. But we tried to do it 16 years ago,” Gulati told #KhabarLive.

She also recalled spending almost 1.5 years in a hostel shooting for the show and the cast spending nearly 14 hours every day with each other. Many of the friendships that developed during the show have survived over the years.

Teenage pangs
The show was essentially about teenagers at the precipice of adulthood and the crises they face as part of growing up and inhabiting an increasingly unfamiliar world.

According to Arjun Iyer, senior manager in a pharmaceutical company, “Aside from its cosmetic appeal, in hindsight, Remix was a show that relied less on delivering a social-commentary and more on finding common ground with people whom you disagree with.”

Iyer added that the show allowed its characters to make silly, and in some cases catastrophic, mistakes with the core message that it was okay to be different and original.

Remix engaged with several relevant issues — teen pregnancy, drug use, eating disorders, parenting and religious identity among many others.

Iconic soundtrack
If anyone recalls Remix, the soundtrack will be the first thing to come to mind. The original soundtrack was sung by the music band Aasma, which had won the reality show Coke V Popstars that aired on Channel V.

Preeti Sharma, an editor at a multi-national academic publishing firm, noted how the title track had the names of the lead characters, and one could remember them just by singing it.

“The show gave a hyper unreal picture of school-life but that was the appeal,” she told #KhabarLive. #KhabarLive #hydnews