The hot red chillies or rock-cut caves or river cruises–Andhra Pradesh is here with its several special attractions. 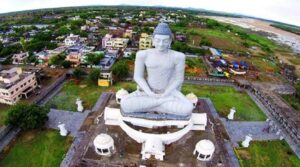 Buddhist Trail
The new capital of Andhra Pradesh is to be named after the legendary city of Amaravati, capital of the Satavahanas, its historic location traced to the south bank of the Krishna River near modern-day Guntur. Here lay a great deal of built Buddhist heritage, which has since been plundered or shipped off. AP’s Buddhist Trail, in fact, lies closer to Visakhapatnam, at Bavikonda (15km from Vizag), Thotlakonda (16km) and Bojjannakonda (40km), where a mahachaitya, a stone-pillared congregation hall, large vihara complexes, several votive stupas, rock-cut caves and other remnants of monastic life have been excavated, more info visit: (www.aptdc.gov.in). 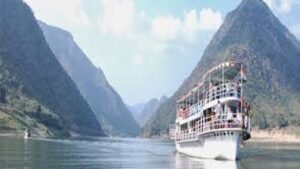 Papikondalu River Cruise
You could take the Narasapur Express from Hyderabad, get off at Palakollu and then hop into an auto for Dindi, or fly to Rajahmundry and then cab it to Dindi. APTDC has a resort waiting for you by the banks of the Godavari here, wherefrom you cruise the river on a sedate houseboat. This is the Krishna-Godavari delta. A land so fecund that sparkling water and green fields dominate the landscape any which way you turn. Cast away on your houseboat then, and sip something enjoyable to go with delicious local food and 360-degree views on the upper deck. (www.konaseematourism.com/stay.php) 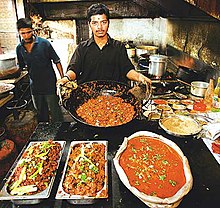 Guntur Food Specialties
Here’s how Andhra food got to be called very spicy—for there’s spicy and then there’s Guntur spicy. It comes as no surprise that the bustling small town in the coastal Andhra region, dotted with wayside restaurants dishing out the tongues-on-fire, call-the-fire-brigade fare, which is also the focus of food fests in big city hotels, is Asia’s largest market for red chillies. Local specialties that come highly recommended include jonna (sorghum flour) roti served with fried or gravy-based chicken (kodi vepudu or kodi koora), mutton in a gongura-leaf gravy (gongura maamsam), godhuma attu (wheat flour dosa) and ulava charu (a clear soup with horse gram). Thegongura pickle, believed to be rich inoxidants, is a yummy takeaway! 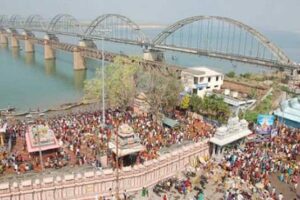 Godavari Pushkaram
It’s celebrated once in 12 years and lasts for as many days when it finally returns, as it will this year. A particularly auspicious alignment of the stars this year makes the 2015 Godavari Pushkaram a Mahakumbhamela, which occurs once in 144 years. The crowds, expected to come from all over India, will be fantastic, of course, and many times bigger than during a regular Pushkaram. And of the 18 holy ghats on the vast Godavari, Pushkar and Koti Lingala Revu alone can handle an estimated 1,30,000 pilgrims. All the action in propitiation of the great river takes place near well connected Rajahmundry, and full moon nights feature elaborate harathis to the river even otherwise. (www.godavaripushkaralu.co.in)

ALSO READ:  A Trip To Visakhapatnam Will Wrap Lot Of Memories - Museums, Train Journeys And Nostalgia 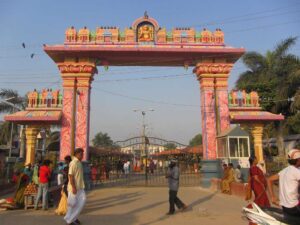 Rollapadu Wildlife Sanctuary
The great Indian bustard and lesser florican declined drastically and the Rollapadu Wildlife Sanctuary, 45 kilometres from the district headquarters at Kurnool, was set up expressly to protect them both. Rollapadu’s grassland ecosystem and mixed forests also support more than 125 other avian species, including migratory birds like barheaded geese, greater flamingos and Demoiselle cranes, many of them drawn to the fresh water of the Alganur reservoir (enjoy the coracle rides, do!). Sloth bears, black bucks and bonnet macaques are often sighted too, as are reptiles like cobras, rattlesnakes and Russell’s vipers. 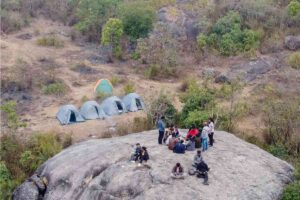 Trekking on Eastern Ghats
In the City of Destiny and wanna go exploring some trails along the picturesque Eastern Ghats? Get your trekking shoes and backpacks out.

For most people, the pandemic has awakened a newfound appreciation for the outdoors. After spending months in lockdown, the one thing that we have greatly missed is the ability to travel to explore nature in all its serene and calm beauty. Going on a trekking expedition is the perfect way to do that.

The port city of Vizag lies between the Eastern Ghats and the coast of Bay of Bengal. With nature lovers in the city, it is the ideal destination to follow well-trodden trails and immerse yourself in picture-perfect views.

Here’s a list of five amazing trekking trails in and around Vizag.

Nestled in the Eastern Ghats, Vanjangi is the latest hill station in India that is making its way to travel bucket lists. It offers some of the most scenic views and beautiful sunrises. The approximate climb time to reach the vantage point is 1-2 hours. Trekking through this heavenly abode of clouds, often referred to as ‘Megha Samudram’ (ocean of clouds) is incomparable to any other destination. Although at present there are no accomodation facilities for tourists, many choose to camp in the open spaces. It is located at a distance of about 100 km from Vizag city. 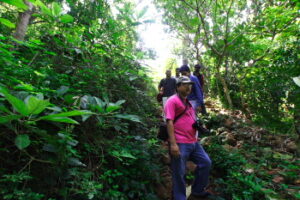 Madhavadhra-Simhachalam
Starting from the Madhava Swamy Temple in Madhavadhara to the peak point of Simhachalam Temple, this trek is popular among pilgrims. People often take a dip in the holy waters before starting off. Though the climb is steep and the trekking path is made with natural stones, one can enjoy the pleasant views of Vizag city on this trail. The landscapes of the city airport and industrial complexes including the port can be seen from different points in the trek. It takes about two hours to reach the top of the hill. 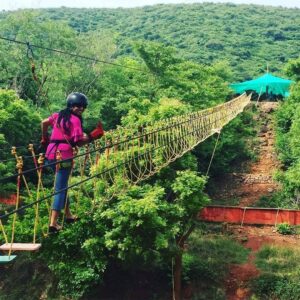 Kambalakonda
Located near Vishakapatnam, you can trek to the vast forest reserve of the Kambalakonda Wildlife Sanctuary. With a marginal fee, the place is open for people who are looking for an alternate tourist experience whilst ensuring that it is sustainable for wildlife. With dry evergreen forests covering the terrain, the sanctuary is a great place for trekking and witnessing the morning sun over the peaks of the Eastern Ghats. One can spot stunning flora all across the landscape including the rare Indian screw tree, flowers of the bush plum tree and fruits of the jungle berry brunches. Overnight camping facilities including ethnic cottages are also available within the sanctuary. The best time to take this trail is during the cooler months of the year.

Often referred to as the Kashmir of Andhra Pradesh, Lambasingi is the only place in south India that receives snowfall. It is the perfect destination for trekkers who are looking for a weekend getaway. The misty hill station is suitable for small treks. Once you gradually move towards the peak, savour the untouched atmosphere and its stainless beauty. Due to its pleasant climate, you can trek in Lambasingi at any time of the year. However, we recommend you visit from September to the end of April, when the environment comes alive with lush greenery. The destination is easily accessible by air, rail and road. 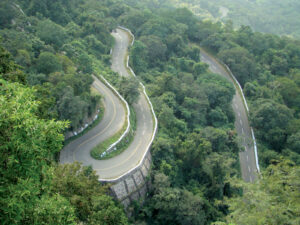 Armakonda
Perched at an altitude of 5,540 ft, Armakonda is the highest peak in the state of Andhra Pradesh. The starting point of the trek is Paderu village. With breathtaking views of gorgeous mountains, valleys and waterfalls, this one’s for all the hardcore trekking enthusiasts. It takes about 4-5 hours to trek to the peak and so it is recommended to opt for an overnight stay at the top. After witnessing the different hues of the sunset, stargazing at night from such an elevation is an added bonus. #KhabarLive #hydnews