The historical Turkish series Ertugrul has enchanted the city folks with its storyline and cast so much so that there’s a restaurant in the Hyderabad by the same name. Other than that there are Ertugrul clothes being sold like hot cakes in old city bazaars and e-commerce websites. 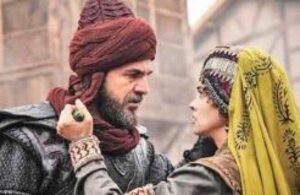 The new fan of the Turkish Netflix series Ertugrul is the Hyderabadi tennis star Sania Mirza as she keeps liking the posts of Engin Altan Duzyatan, the Turkish star who plays the lead character of Ertugrul. 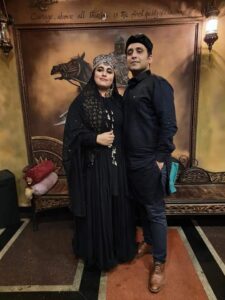 And despite the fact that the 2014 series showcased its final episode sometime in May, 2019 there are fans in the city who started watching it late after hearing about the same from their friends and family.

ALSO READ:  'Jawa Motorcycle' - A Time To Ride On 'Nostalgia' 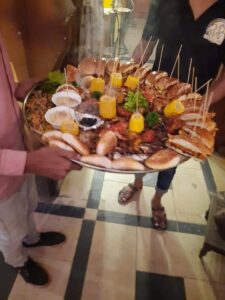 Often termed as the ‘Game of Thrones of Asia’, the series is so popular even now that there’s a restaurant at Masab Tank by the same name that offers Mandi Laham and Biryani. It was opened by a fan named Javid Khan who’s themed the eatery based on different scenes as there are pictures and posters adorning the walls.

Not only this, the city folks, despite the ongoing pandemic, are still purchasing dresses based on the characters. For example, Shabina Ali Rabbani, a student of MJ College is enchanted by Halime Sultan, played by Turkish actor Esra Bilgiç as the wife of Ertugrul.

The 21-year-old shares, “Though there are shops in Pathergatti, Abids and Sultan Bazaar that sell what Halime wears in the series, I have caught hold of a neighbourhood tailor and getting the dress done choosing my colours and the fabric I love. I plan to wear it for Eid.” The long tunic that Esra wears is usually teamed up with a waistband, headgear and tribal jewellery. Many of these are available on Amazon, Flipkart, and other sites like Etsy.com. “During the second wave of the pandemic it’s safer not to visit the crowded areas and get the attire and jewellery from the local shops.

I have been selective in choosing only one piece. For example, I picked up lapis lazuli silver earrings and onyx finger rings to go with a cherry red tunic that I already have,” says Saba Ali, a yoga expert and mother of two. 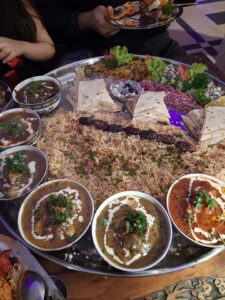 The Republic of Turkey and Hyderabad, the erstwhile princely state are known to have special ties thanks to the marriages between Turkish noble ladies and the royals of the Nizam family. Princess Durru Shehvar, daughter of the last Caliph of Turkey was the daughter-in-law of the last ruling Nizam Mir Osman Ali Khan married to his son Azam Jah and mother of the last Nizam prince Mukkaram Jah. Another Turkish marital connection was princess Niloufer of Ottoman Empire, who was married to the second son of the last Nizam.

ALSO READ:  'Rent-A-Farm' At Farmville And Harvest Your Own 'Veggies' And 'Small Crops'

“Hyderabad has such connection with Turkey that it is natural for the denizens to get attracted to a series which tells you about Ertugrul, who was the father of Osman Ghazi, also called Othman, the founder of Ottoman Empire,” says Alefiya Hussain, a teacher and history aficionado.

The director of the series Mehmet Bozdag is quoted as saying, “There is no certainty in this historical data… we are shaping a story by dreaming.” And even though there’s not much historical information about Ertugrul, the fans in the city still love the drama. #KhabarLive #hydnews