As per the Telugu family culture, many young women, who have just turned 18 years, are put in a spot to choose family liabilities over education.

“One fine day, my parents told me that I have to get married at the earliest, and that any further delay can force them into more debt,” recounted 18-year-old Meera Bhai*. She was a 17-year-old Class 12 student when her parents got her married off in August 2020. “My parents neither took my consent nor informed me, but just told me I had to get married. They said they want to reduce some burden as I have a younger sister,” she told #KhabarLive. 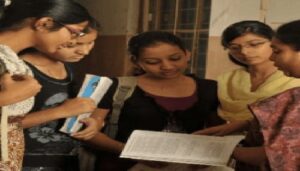 With the marriage, Meera’s hopes to go to college and pursue further studies were crushed. “I thought they (her in-laws) would let me study, but now no one is ready to discuss my plans to study. I then became busy with the household work,” said Meera,  who is from a remote village near Bhainsa in Nirmal district, bordering Telangana and Maharashtra.

Sravani was in her second year in a state-run college in Telangana when her parents got her married within a few months after she turned 18 years in 2020. “I was not interested in marriage as it would disturb my studies. My parents had assured me that they would let me study after marriage. Fortunately, I’m continuing my studies,” she said. At least two other female college students told #KhabarLive that they got married or were married off earlier this year while they were pursuing their undergraduate degree.

Apart from rising cases of child marriages that the Telangana government has reported since the COVID-19 pandemic started in 2020, many parents have forced their daughters, who are studying in college and just turned 18 years old, into early marriages — for the same reasons of “reducing burden.” And many young women are put in a spot to choose family liabilities over education, even though some are legally adults.

“If there was no pandemic, this situation would have not arrived. Students were at home during this phase. Parental and other circumstantial pressures mounted on them,” noted Bhanu Prasad, who is an Officer on Special Duty (OSD) with the Telangana Social Welfare Degree Colleges for Women.

According to Bhanu, many young female students in the state-run Social Welfare Residential Degree Colleges for Women were married off as the institutions were closed due to the pandemic. The issue came to their notice after nearly 30 female students, doing their first, second and third year of graduation, were married off last year.

“Of the total cases, a few were just 18-years old, doing their first year in college. The others were above 18-years of age, doing their second and third year. We have counselled the students and their parents. In some cases, when we received prior information, we have stopped the weddings,” said Bhanu.

Many young women, who are pushed into the perils of early marriage, are sometimes just a few months away from turning, or just turned 18 years — the legal age of marriage for women in India. 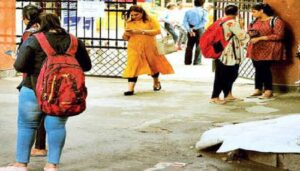 Incidentally, personal laws for marriages in different religions, which vary according to customs, offer some legal protection to parents. For instance, according to section 5 of The Hindu Marriage Act, 1955, the bride and groom should be a minimum of 18 years and 21 years old at the time of marriage. As per Muslim personal law, a girl who has attained puberty can get married. The Special Marriage Act, 1954, too, prescribes 18 years as the minimum age for women to get married.

Recently, a task force appointed by the Union government recommended increasing the marriageable age for women from 18 years to 21 years for health benefits, although they said that the age of consent should remain 18 years. According to the report, delay in marriage indicated positive economic, social and health effects for women, children and the society at large.

While child marriages are illegal in India, under the Prohibition of Child Marriage Act, 2006, such marriages can be voidable at the option of either party who was a child at the time of the marriage. However, such marriages do not always take place in public but only in the presence of a few guests and both families. Besides, considering the economic plight of the parents, the young women may give in to such demands of marriages.

While there is some data on child marriages in Telangana, an official data on early marriages is non-existent as the woman is of a legal marriageable age.

While child rights activists and other officials are generally able to intervene, counsel the parents and stop such weddings, the pandemic has created a gap. As families lost their livelihoods and schools and colleges shut, the existing social and geographical factors played out — remote locations; poverty; lack of education; as well as lack of awareness about the laws and the socio-economic and health impact of early marriage on young women.

“Before the pandemic, we used to have some knowledge about what is happening in remote areas, especially with girl students. This pandemic, however, has created a gap,” Kavitha Puli, the vice president of True Teachers Association (TTA), an organisation which works for quality education and girl child education. “COVID-19 has affected the livelihood of the parents. Most of them used to work as domestic workers in small-scale businesses. They think that marrying off a girl child will reduce some kind of burden,” she added.

According to Kavitha, the brunt of the pandemic has caused more harm to female children from vulnerable age groups. Kavitha Puli, who is a government high school teacher in Hyderabad, said that in 2020, she counselled seven families in Hyderabad’s Rajendranagar, who tried to marry off their daughters between the age of 14 and 17 years. “All these seven girls are from migrant families who came from remote villages in search of livelihood,” she said.

Sujatha Surepally, professor in Sociology at Satavahana University and social activist, said, “Most of these girls who are being forced into marriage are from economically and socially backward communities. It is a pity that our idea of empowerment is not going beyond a few token welfare schemes such as Kalyana Lakshmi or women self-help groups in villages.”

Concurring that there has been a rise in child marriages, Shantha Sinha, a child rights activist and former Chairperson of the National Commission for Protection of Child Rights (NCPCR), added that the state government has deployed child protection units that will coordinate with gram panchayats to track every child and give a strict warning to parents for violating the law.

However, she added that gram panchayats have a greater role to play. “Gram panchayats should be empowered enough to be vigilant and recognise the children and young women who are at the risk of marriage. They should give these girls and young women a safe space to raise their voice,” she said. #KhabarLive #hydnews