The invisible workers in the gallery of front line workers are known as Medical Lab Technicians. Many in Telangana have quit due to low pay and fearing risk of contracting the disease and over working load. 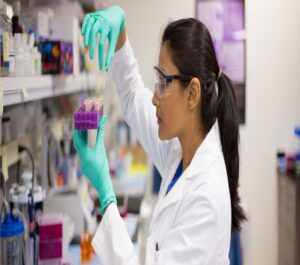 “We are the ones who diagnose people for the COVID-19 virus. We are doing this every day in the face of risk. Yet, we are not being paid what we deserve,” said a 27-year-old contract medical lab technician at a Government Hospital in Telangana’s Karimnagar district, as he explained the daily hardships of hundreds of technicians like him. The lab technicians and biochemists are invisible soldiers in the fight against COVID-19 unlike their other frontline workers such as doctors, nurses, sanitation and security or police personnel.

#KhabarLive caught up with a couple of lab technicians working in the private and public sector to understand what exactly the past 14 months of the COVID-19 pandemic has been for them. While some said they are not being paid per the desirable scale, some said they don’t even have security for life besides the nightmares of getting the infection.

It is important to understand that testing for COVID-19 is the primary and key tool in this pandemic. Containment measures, treatment or quarantine, admission to hospitals, travelling to other states or countries — everything depends on the test results. Every day, lab technicians collect and handle scores of samples from individuals, not knowing if the latter is infected or not. As the daily COVID-19 cases are increasing and experts are urging for more tests per day, they have to be extremely careful how they collect the swabs, label them, and issue the report.

ALSO READ:  Why KCR Wants To Defeat This Congress 'Trio' In Telangana?

Suresh KT, a 28-year-old lab technician with a well-known laboratory in Hyderabad attached to a super-speciality hospital, said, “Before the pandemic, one section of the lab used to diagnose at least 1,000 samples per day. Now, this has gone up to 2,000 samples per day. Unlike normal circumstances, with COVID-19, we fear being infected. Our workload, too, increased. No matter how much precautions we take, we are scared to touch our family members.” 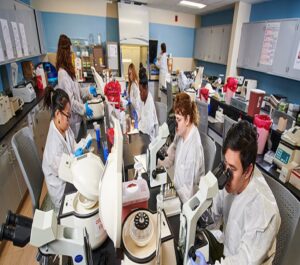 Despite the increase in the workload, nothing much has been changed in terms of his salary or wage, said Suresh. “Except for an insurance policy offered by the company, we did not receive any increment in the salary since the pandemic began. As these are private-sector jobs, we are probably not expected to put forth our demands. None of the employees will come together to approach the management for hikes, fearing loss of jobs, as it then becomes difficult to find another job during a pandemic,” he explained.

With five years of experience, Suresh said he earns Rs 25,000 per month, which, he said, is not adequate in the present situations given the prices of essentials have shot up.

Wilson Kumar, another lab technician in Kamareddy, a small town and district headquarters in the state, has another story to tell. After the pandemic broke out, he worked for six months, thinking the demand and salary for technicians would increase. But, what he experienced was an overwhelming workload and fear of getting infected, thus impacting his mental health.

“Many employees like me quit their jobs due to low pay, although the laboratories are making good money. There is also a risk factor with this disease, due to which families, too, are scared. Many laboratories may not be sterilised in a standard manner,” said Wilson, who quit his job in October 2020 and is now an agriculture worker at his family-owned farm.

Harsha, another technician in a Karimnagar-based corporate hospital, said, “I earn a monthly salary of around Rs 12,500. When the pandemic began, we started receiving Rs 5,000 as an allowance. Yet, even with this, the income is meagre, given the work we do by coming in direct contact with the patients who may not be aware of precautionary practices.”

It is not just the medical lab technicians in private hospital labs, in the government sector, too, technicians are overworked and underpaid, some staff told #KhabarLive.

Shiva K, a contract lab technician at a Government Area Hospital under National Health Mission (NHM), said several technicians who just entered into the field are quitting the jobs due to pressure. “Unlike the government-appointed or regular technicians, outsourced workers are being paid less, How much can one survive with just Rs 17,000 these days. Despite this, many lab technicians, including contract and outsourced staff, continue doing this job only because there is no immediate alternative,” he said, adding that their requests with the authorities to hike the salaries for technicians have gone unheard.

ALSO READ:  Inside Story Of Rajasthan Royals - A Review

Shiva said that technicians in each Government Area Hospitals and Primary Health Centres (PHCs), Urban Health Centres (UHCs) have tested over 20,000 samples for COVID-19 so far.

According to the Telangana State Government Medical Laboratory Technicians Association (TSGMLTA), of the 1,300 sanctioned positions for medical laboratory technician in the state. 20% are filled by regular staff while 30% is filled by contract-based and outsourced staff. The remaining 50% is lying vacant in government hospitals and medical colleges due to low salaries for contract-based and outsourced technicians.

Speaking to #KhabarLive, GMLTA State Secretary Manchala Ravinder said that the Telangana government should increase the monthly salary of outsourced workers from Rs 17,000 to at least Rs 25,000 and give allowances. “Lab technicians are dying due to the precarious work environment. All frontline workers, including technicians, should be given allowances for travel and nutritious supplements,” said Ravinder.

TSGMLTA has been demanding the state government for Rs 25 lakh-worth health insurance to health care professionals in the state. “We have been seeking the authorities to address our concerns on a priority basis, but we neither have access to officials nor they listen to our requests,” added Ravinder.

Last year, the Telangana government announced a 10% increment in pay to the government health care workers, which, the GMLTA secretary alleged, was given only for one month. There are also thousands of medical laboratory technicians in the private medical sector who are less visible in the gallery of frontline workers. #KhabarLive #hydnews