The Telangana CM KCR’s radar is powerful and ubiquitous, which picks up all kinds of signals and does not miss anything important. Result: the conspired person will be shown doors or kicked off from the party. 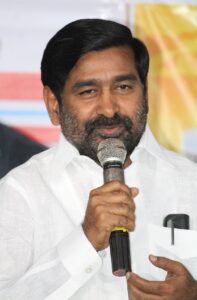 After, ousted health minister Etala Rajendar’s episode, it seems, was not the odd man out in the Telangana Rashtra Samiti. Another storm is brewing within, centering around energy minister G. Jagadish Reddy.

Jagadish Reddy is on the radar of the party’s top leadership after he held a private event in January last, at which several “unsavoury” comments were made by some participants against TRS president and Chief Minister K. Chandrashekar Rao, his leadership style and the growing trend of “family domination” in the ruling party.

The meeting took place at a resort in Hampi, Karnataka, where Jagadish Reddy was celebrating his son’s birthday. Four TRS MLAs besides some other dignitaries attended the birthday party.

As per TRS sources, these MLAs and other dignitaries discussed the political situation in the state extensively. They also discussed the already simmering Rajendar issue in the party. The discussions hovered around the possibility of Rajendar launching his own party if Chandrashekar Rao’s son and minister K.T. Rama Rao was made Chief Minister.

ALSO READ:  Can't Get A Loan? These Fintech Lenders Want To Help You When Traditional Banks Won’t!

One of the TRS MLAs sang a song on the situation existing in the TRS and gauging what would happen if Rama Rao becomes Chief Minister. A video of these promptly reached the Chief Minister’s Office. It was noticed that minister Jagadish Reddy did not admonish the MLA. Instead, he remained silent while the detractors had a go at Chandrashekar Rao and his family.

An intellectual, whose loyalty to the Chief Minister was a criterion for his appointment to a nominated post, too was very aggressive in his criticism of Chandrashekar Rao. It was noticed that the minister kept silent, including on the remarks against Chandrashekar Rao in relation to the “mishandling” of the Rajendar issue.

There are eerie coincidences to the Rajendar saga. TRS sources had, in a similar setting, likened it to the beginning of the end for the former health minister. In a meeting held by Rajendar in Bengaluru last year, he was vocal about how unhappy and disappointed he was at the governance styles of Chandrashekar Rao. A leaking of such comments at this meeting eventually sealed Rajendar’s fate. 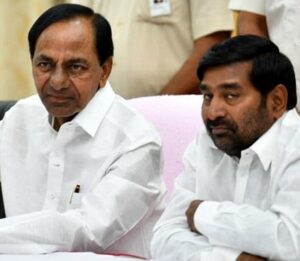 On his return from Bengaluru, too, Rajendar made sensational remarks against the government and the party high command. The sequences of such remarks continued despite Rajendar being grilled once by the party leadership over such of his “indulgences”. Rajendar came on the Chandrashekar Rao family’s radar after this episode and it eventually ended with the CM forcing his health minister out of the Cabinet.

Now, it’s Jagadish Reddy’s turn to be on the radar of the TRS top brass. As the proceeding at the January meeting leaked and reached the high command, the CM made enquires about Jagadish Reddy and his meeting with the MLAs.

Party sources say the minister has explained to the CM that he organised the celebrations for his son’s birthday along with his family and close friends. He stressed that there was “no significant political discussion” at the event.

The CM’s radar is powerful and ubiquitous, which picks up all kinds of signals and does not miss anything important, especially matters that involve his ministers and party leaders. Chandrashekar Rao keeps getting reports about the meetings and movements of all key political figures. His rivals are specially kept track of.

The state intelligence closely monitors all key political activities every day, and reports to the CM as to who meets whom, who is going where, and the sleuths are invariably keeping a close watch on ministers and other influential people.

A close look at the suspected anti- Chandrashekar Rao moves was not done immediately because of the Nagarjunasagar bypoll. Now, discussions have turned to an impending Cabinet reshuffle. Sources say Jagadish Reddy could be replaced by Palla Rajeswar Reddy, who had recently been re-elected as a graduate constituency MLC.

The matter does not end there. The TRS is looking for a strong leader from the Reddy community, a leader who could play the role of in-charge of the erstwhile Nalgonda districts. Palla fits the bill, and he’s close to the CM as well as minister Rama Rao.

Only time will say if the Jagadish Reddy saga too ends like that of Rajendar or get “settled”. The TRS party meanwhile is keeping its eyes and ears open. #KhabarLive #hydnews