It is evident that loads of welfare schemes and development works in Telangana takes towards the KCR’s dream project Golden Telangana or Bangaaru Telangana. 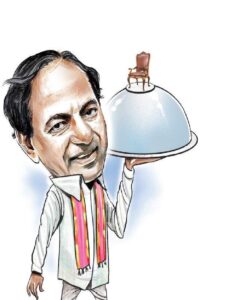 The crux of the Telangana statehood movement was based on the tripod of doing justice on the irrigation front, providing funds for development, and boosting employment opportunities. Telangana Rashtra Samiti chief K Chandrasekhar Rao, as the leader of the separate statehood movement, was clear right from the beginning that only in a separate Telangana State justice could be done to all the sectors.

Post bifurcation, after becoming the Chief Minister of Telangana, KCR got down to clear-cut action and planned governance. From June 2, 2014 — when the Telangana State was formed– till date, welfare and developmental programmes have been implemented faithfully, despite the slowdown in the economy and the subsequent severe economic crisis, which has been aggravated by the corona pandemic. Against odds, the state is marching forward, reflecting KCR’s perfect and visionary governance for the past seven years.

In the united Andhra Pradesh, due to non-availability of water for irrigation, farmers remained poor. The poor in the Telangana region, under the united AP rulers, were not able to get even a square meal a day. Starvation deaths were common.  As CM, KCR firmly resolved that there should not be any starvation deaths in the State and total food security should be provided to everyone. This is precisely the reason why in Telangana State welfare programs are being implemented at a cost of Rs 40,000 plus crore per year.

Today Telangana State is a role model for other states in several sectors. Prior to bifurcation, there was power crisis. Power cuts were common. Farmers used to sleep near their borewells in their fields waiting for power supply to be restored. Now uninterrupted, quality power is supplied 24 hours to the farm sector for free. It is not just for the agriculture sector; every sector gets quality, uninterrupted power.
In undivided AP, irrigation projects proposed in the Telangana region remained only on paper, with agricultural lands becoming arid patches. Now all the pending and new irrigation projects are being completed in record time. The quintessence is the Kaleswaram Lift Irrigation Project. Water is now given even to the tail-end areas of the ayacut. Now agriculture in Telangana State has become profitable.

Under the undivided AP, quality education for the poor was a distant dream. Now all over the state 995 residential schools are functioning, imparting education to underprivileged sections free of cost. Previously students in welfare hostels of the government were served meal cooked with coarse rice, often infested with worms. Now they are served meal cooked with fine quality of rice. Previously the birth of a girl child was treated like a pain and burden on the family. Now, with schemes like Kalyana Laxmi and Shadi Mubarak, marriages of girls are taking place in poor families with a lot of celebrations.

The retirement age for RTC workers and employees was increased to 61 years from 58. Home guards, who used to get a pittance, are now given good salaries.  Now, each home guard gets Rs 23,000 salary per month.  The salaries of low-rung employees like ASHA workers, Anganwadi teachers, Workers, Municipal workers, VRAs, VAOs, contract employees, outsourced employees, employees with MGNREGA and other such staff are getting more salaries than their counterparts in other states.

ALSO READ:  The 'Velocity Junior College' At Vengalorao Nagar In Hyderabad Closed Suddenly As Students, Staff And Parents Left In The Lurch 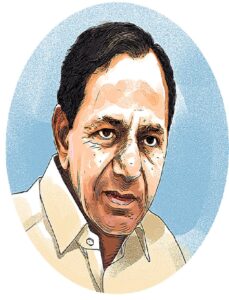 Now, the administration and governance have reached the doorstep of people. Unlike in the past, gram panchayats and municipalities are getting funds every month. Every village has a plant nursery, dumping yard, cremation and burial ground. Similarly, every village has a tractor with trolley and a water tanker.

There is substantial improvement in the green cover across the State. Telangana State has become a favorite investment destination for several major and medium industries, thanks to its unique policies.

The Telangana State is number one in the country in several aspects, including welfare programmes and power sector. The state, with its innovative Mission Bhagiratha programme, is supplying pure drinking water to all households in the state.

JLL has declared that Hyderabad is among the best livable cities in the world. TS is also number one in Asia in terms of having the highest number of CCTV cameras for crime control. The state has become a role model for other states in terms of extending financial assistance to farmers at the rate of Rs 10,000 per acre for two crops in year.

The poor are being allotted double-bed room houses. For the first time in the country, only in Telangana State those adopting hereditary occupations are being given massive assistance. Sheep are distributed among members of Golla Kurumas communities. Fish culture and shrimp farming are encouraged at the irrigation project sites, barrages, tanks, ponds and other water bodies, thereby helping the Bestha, Mudiraj Communities. 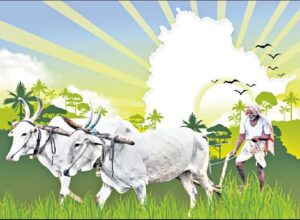 More funds are being allocated to the most backward communities. Power subsidies are being extended to SCs, STs and they are given up to 101 units of free power. This has been extended also to hairdressing saloons and laundries. Micro irrigation is given 80 per cent subsidy. Through KCR Kits, a pregnant woman is given Rs 15,000 financial assistance. The massive eye screening drive Kanti Velugu is conducted all over the state and spectacles are given free of cost to the needy. In some cases, operations were also done free of cost. This has evoked appreciation from all over the country.

It is no exaggeration to say that, under the visionary, practical and dynamic leadership of Chief Minister K Chandrasekhar Rao, ‘Golden Telangana’ is a distinct possibility. #KhabarLive #hydnews