Nevertheless his more than three decades reign that shaped the ancient to modern Hyderabad state, Mir Osman Ali Khan vilified for wanting to stay independent after British left India. September 17 conjures up images of a bloodless transition of power in the princely state of Hyderabad in 1948, though it was preceded and succeeded by bouts of violence and human misery.

It was on this day that Nizam VII, Mir Osman Ali Khan, surrendered to the Indian Union, ending 13 months of political uncertainty in Hyderabad state after India attained freedom on August 15, 1947. Though the military-administrator took control of Hyderabad on September 18, 1948, all government orders (firmans) continued to be issued in the name of the Nizam till January 25, 1950 – a day before India became a Republic. The Nizam became the Raj Pramukh (governor) of Hyderabad state on January 26, 1950.

This is not a history but an attempt to understand what probably happened in those last years that led to the demise of Hyderabad as an independent country and its annexation by the newly independent India. It is speculation; perhaps informed speculation; I hope, intelligent speculation, but speculation nevertheless.

I am not speaking chronologically or relating incidents but attempting to understand why the Nizam of Hyderabad took the decisions he did, which led to the calamity called Police Action (Operation Polo of the Indian Army).

Calamity not because it was the end of the Asif Jahi Dynasty because all dynasties end. But calamity because, as is reported, thousands of innocent people died as a result of Police Action. They died in what we would today call, Collateral Damage; killed not by the Indian Army but by their opportunistic neighbors who used the period of transition to grab their land, by making them vanish. 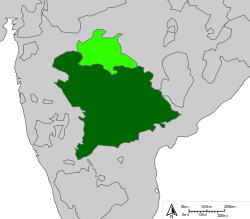 Entire families were murdered, entire villages were depopulated in a massive ethnic cleansing before the term was invented. I know that the figures range from 15,000 to ten times that and more. The reality is that exact figures are impossible to get. And the death of even one innocent person is highly deplorable and tragic, so numbers mean nothing. Whether it was 15,000 or 150,000 is immaterial when the truth is that not a single one deserved to die.

I am saying this because I don’t want you to get mired in discussing incidents, numbers of dead, who killed whom but try to look at why all this happened and what if anything can be learnt from this to be applied today. What is clear is that we are a nation which seems to be cursed with internecine conflict, brother killing brother, with or without pretext.

I am saying to you that it is time this stopped. Stopped totally and completely. It is not difficult to find examples of how such things were stopped. Until 100 years ago, there was blood in the streets in Europe. Both World War I and II were essentially European wars, with Europeans killing each other. Yet out of that emerged a universal, silent, shared and solid pact, that European blood will not be shed by Europeans ever again.

One wishes that this could have been extended to non-Europeans also but be that as it may, the fact remains that today in Europe, even the thought of a mob lynching an individual or attacking a neighborhood in which a certain religious or ethnic group lives, is simply unthinkable. It is high time we in India changed our direction 180 degrees and walked the same path before we reach a point of no return on our present path. We like to talk about India’s potential. 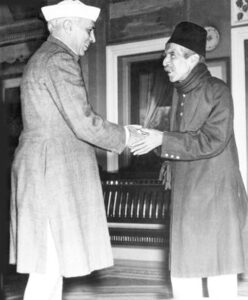 The reality is that if we want that potential to be translated into actual development and economic growth, we must deal with social strife and lay it to rest. If we use religious and ethnic difference to constantly fan the flames of communalism and xenophobia and have our nation embark on periodic bloodletting sprees, then the result can only be one thing; civil war and total collapse. It is amazing how otherwise intelligent people seem to fail to read the writing on the wall.

ALSO READ:  'Char Kaman' - An 'Archial Gates' To A Planned City Of Royal Nizams Of Hyderabad

The tendency when speaking about any monarchy is to speak in terms of its king alone. Usually this is a mistake because whatever the king may think of himself, he is a man and is influenced by his times and the people around him. Some of this influence is overt but a lot of it is hidden and covert. Included in this are his own feelings, aspirations, anxieties, insecurities.

At a time of transition which may result in a fall of the monarchy all these fears are hugely enhanced, because in most cases, a fall of the monarchy usually means death for the king or at least life in enormously reduced circumstances. To be able to still think with a cool head and take decisions that are morally and ethically right while being strategically wise, is no mean task. For this it is not only essential for the king to have the guidance of wise people around him, but even more importantly, for him to listen to them. 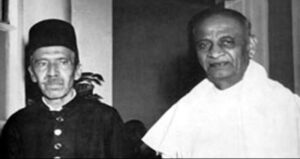 In the case of the Nizam of Hyderabad, Nawab Mir Osman Ali Khan Bahadur, I believe we have a case where, to put it mildly, things went awry.

My understanding of the factors at the time, from my reasonably extensive reading of different books on this subject as well as having known some of those who were present at the time of Police Action, and were close to the Nizam, is as follows:

ALSO READ:  The 'Fall Of A State' - A Peep Into Hyderabad's Glorified Historical Past 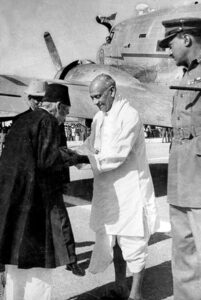 What should the Nizam have done?

I think that is fairly clear and I don’t really need to write this but am doing so in the interest of closing the loop as it were. Here is what should have happened:

a. It would have created massive employment opportunities for youth, the best way to deal with all kinds of social unrest, give them something to lose.

b. It would have increased the personal wealth of the Nizam and his nobility and made them free from dependence on Privy Purses and State charity.

c. It would have acted as a shield against any political adventurism, just as the presence of Trump business interest in Middle Eastern countries has kept them safe from his travel ban on Muslims. The travel ban as you know, applies only to countries where Trump has no business interests. #KhabarLive #hydnews 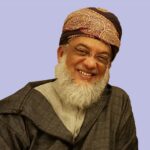 About the author: Mirza Yawar Baig is an author and columnist, International Speaker, Life Coach, specializing in Spiritual Development helping people understand Islam in a modern perspective. based in Hyderabad. The views expressed are purely personal.