What is decentralized finance, otherwise known as DeFi? Many new terms are coming out of the world of blockchain, but this one may very well be one of the most essential to learn.

Basically, DeFi is one of the most promising, up-and-coming ways to keep and use your money. And it’s pioneering a new paradigm for finance itself in the process.

A Tale of Two Paradigms: Centralized vs Decentralized Finance Function

The current paradigm that most of us are accustomed to is using a traditional bank with the currency a nation creates and manages — US dollars, euros, yen, etc. — which is generally called fiat currency.

Then there’s cryptocurrency, which is transacted and exchanged through two major new paradigms: DeFi and centralized finance (CeFi).

If you keep your cryptocurrency in an account with exchange platforms such as Coinbase (not Coinbase Wallet, which is DeFi) or Binance, you are using a centralized exchange. This means that there are third-party intermediaries that take a piece of the pie — the same as banks in the traditional financial setup.

But with DeFi, there are no third-party intermediaries. It’s just you and the crypto miners and stakers who validate transactions to make decentralized finance blockchain what it is, an immutable, globally crowd-verified way to keep your money secure.

Technically, unlike with a CeFi provider, DeFi transactions are made through a Decentralized Application (dApp), with smart contracts executing all transactions. In a sense, it’s like buying something at wholesale prices without the drawbacks of buying wholesale.

Furthermore, there’s a kind of control over your funds that CeFi doesn’t provide. Finally, CeFi transactions are relatively less private, as they require users to disclose personal information during the registration process. DeFi transactions should not require it.

DeFi on the Rise

To say that the use of decentralized finance on blockchain has skyrocketed in recent months is an understatement — it’s more like a whole solar system is being colonized.

The chart above shows the meteoric rise of the DeFi finance token, more than tripling in just four months. Multiple other metrics also show that DeFi is not stopping or holding back.

Not Just Valuable, But Also Value-Added

One of the main benefits of DeFi for the average Joe is being able to do more with your crypto than just hold it. You can leverage your funds as collateral to borrow more crypto, not “take out a loan” such as you do at a bank — if the bank even lets you — because decentralized finance apps base their lending decisions solely on collateral — on dApps such as Compound or Uniswap. In fact, you can lend out your crypto itself! Don’t need a bank — BE a bank! 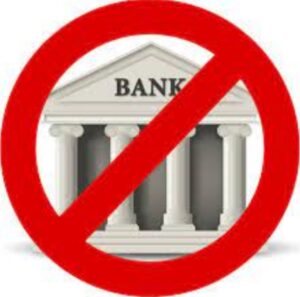 It’s true that traditional banks and CeFi platforms still dominate the world of everyday finance. But DeFi is growing quickly, and as with many new paradigms, such as dial-up Internet or a refrigerator cooled by an actual block of ice, CeFi could end up just being a bridge to something greater.

How DeFi Regulation Could Be a Good Thing

Lack of regulation is a lot of what keeps corporations away from participating in decentralized finance — for now. But fear not, true believers!

As Paul Brody, Global Blockchain Leader for Ernst & Young, writes, “The regulators will be acutely aware of the millions of users they risk angering if they move with too heavy a hand… It is difficult to kill a decentralized system. Just ask the Recording Industry Association of America. Streaming music services today are a veritable miracle compared to the world we lived in during the 1990s. My children will never know the horror of having to buy an entire album just to listen to one good song.”

At this point you might be asking yourself, isn’t the point of decentralized finance to not be regulated and restricted the way a bank is? But the issue here is thinking of regulation and restriction as being the same thing. In fact, government regulators will be limited in how much they can restrict what DeFi platforms do.

As Zaki Manian, co-founder of cryptocurrency infrastructure firm Iqlusion, Inc. says, “Unfortunately, for regulators, I think a lot of the stuff that happens before a project is live is really covered by the First Amendment. It’s talking about ideas, it’s writing code, it’s creative expression … And there’s a very small window between that and having a live project as more and more of the software matures.”

Not only will regulation not ruin it for decentralized finance, but it could also help eliminate one of the most significant disadvantages of DeFi — vulnerability to scammers, who are less likely to be successful with more regulated financial platforms.

Moreover, Stani Kulechov, himself the CEO and founder of Aave, a decentralized finance platform, says that U.S. government regulators are “interested in the first place to remove market operations that are clearly scams or malicious… No bad thing for a market intent on attracting institutional investors.”

Finally, government regulators are more apt to target more centralized, unregulated entities. As Paul Brody analogizes, Napster, a centralized peer-to-peer music file sharing service back in the day, was taken down by regulators, but BitTorrent, which was doing the same thing but which is decentralized, wasn’t.

Likewise, sources say that DeFi platforms aiming to increase decentralization, which is both essential to the purpose of DeFi and what most DeFi platforms want, will avoid being taken down as the regulatory environment around crypto matures.

On the Frontier of Decentralized Finance

DeFi platforms such as Algorand and AIKON are not only blazing trails in this sector, they’re also securing the best territories to stake a claim in.  Both of them exemplify the core benefits of DeFi — permissionless participation, transparency, and optimization of transaction speed — beyond what a CeFi platform or conventional bank can offer.

AIKON, specifically, stands apart from the whole pack in its commitment to a crucial front — blockchain secure authentication. AIKON’s signature platform, the ORE Network, or Open Rights Exchange Network, provides a single network that allows users to sign on to multiple blockchains with a  single email address, phone number, or social login. AIKON’s signature offering, the ORE ID provides superior authentication, through an API, protocol, and software that’s GDPR- and CCPA-compliant, open-source, and available to anyone.

What’s more, AIKON provides a high level of security that’s a huge step ahead of the norm: multiple-signature signoff, also known as multisig, with multisig wallets through its ORE Vault feature. Multisig reduces multiple risks associated with conventional single-party signoff, such as losing authentication keys, falling victim to phishing attacks, or transferring funds out of the company account accidentally or inappropriately.

Ultimately, AIKON shows that decentralized finance can’t just blaze trails, it can connect them, too, and defend trailgoers against attacks like nothing else can. #KhabarLive #hydnews

ALSO READ:  ‍A Journey Of 'Covaxin' With Travails And Triumphs