Strict regulations and curbs help to eradicate the pain points, weed out unscrupulous players and create uniformity ensuring a fair, transparent, secure and responsible environment for players in Skilled games.

With states having their own laws governing gaming, there is much ambiguity in interpretation of the law. Many of the skill gaming sites operate with models derived from countries where online skill gaming is legal. As with all new technology innovations, regulations are not clearly defined, resulting in varying interpretations and enforcement. .  This ambiguity has resulted in some states banning the online skill gaming sites, while in some states they are operating legally.

Given this situation, The Online Rummy Federation (TORF) was set up by the online rummy game operators to create a level playing field and standardise regulations for the entire online rummy skill gaming sector. However being a voluntary organization has its limitation and so TORF has repeatedly request that regulations be bought in to regulate this sector.

Regulation would protect players and also generate meaningful revenues for the state. TORF has worked over the last two years to set up a self-regulatory framework in the form of a Code of Conduct based on similar regulatory frameworks in regulated markets internationally.  Operators, who cater to over 80% of all players, currently follow this code of conduct and are audited for it by one of the big 4 auditing firms. We strongly feel that the state governments should regulate this sector to ensure only legitimate, legal operators who follow strict protocols are allowed to operate and a clear distinction drawn from those who try and operate above the law.

TORF has recommended the government to set up a joint committee to explore the possibility of setting up a licensing regime to regulate the gaming sector as a whole and the Skill gaming Sector in particular.

In India, the skill gaming industry has a huge potential. Nationwide, online skill gaming has an estimated 300 million players of whom 60-80 millions play rummy. Largely driven by smart-phones and affordable data, the sector’s rapid growth is expected to boost the total media and entertainment industry by 4% to 5%.

The federation is keen to work with the government to evolve a regulatory mechanism, which will be beneficial to all. Self-regulation is already embedded in the current system to ensure that the player experience is fair and transparent. For example, underage players are not allowed, there is a limit for players and KYC and SSL encryptions are integrated in all accredited sites.

Niti Aayog has also pitched for setting up a single self-regulatory organisation for the online fantasy sports industry to be governed by the independent oversight board and also had suggested restricting online fantasy games to users of 18 years and above, in a paper it published. 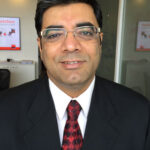 Sameer Barde, CEO – TORF said that “The skill gaming industry wants to contribute to the government’s pro-growth vision, and to provide a healthy and responsible form of entertainment for the people. The Indian gaming sector has tremendous potential, and  has attracted several marquee investors who have supported the development of the overall market .A common self-regulatory body will result in the removal of a lot of uncertainty for foreign investors, spur foreign investment to the tune of a few billion dollars, and drive innovation, employment and taxes”.

With this clarity in law there is a chance of significant foreign investment coming into the skill gaming space which is generating over Rs. 1,500 crores in GST revenue every year and has the potential to generate over Rs. 10,000 crores in GST revenues by 2025This ambiguity in law sends a mixed signal to potential foreign investors, those who have already invested in the skill gaming space in India, and care deeply about a stable regulatory environment.

India is one of the top five mobile gaming markets in the world, with a 13% share of global game sessions, and is expected to add 40 million online gamers during 2020−22.The online gaming industry is expected to grow at a compound annual growth rate (CAGR) of 40% to $2.8 billion by 2022, up from $1.1 billion in 2019, according to a Deloitte India report.

The gaming industry also employs over 70,000 highly qualified technologists, design, and product development resources, and there are many more that are indirectly dependent on the online gaming industry. The findings of the study highlighted that covid-19 has pushed the growth further as users latched on to online gaming platforms in absence of entertainment options during lockdown. The time spent on skill gaming apps, increased by 21% during the initial national lockdown, with the total customer base crossing 300 million users. #KhabarLive #hydnews