Hyderabad is a plateau region and it is highly impossible to build such a long tunnel on that time, many historians claims on this debate on social media. 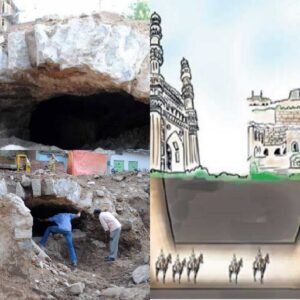 The Charminar and the Golconda fort are the two great leitmotifs of Hyderabad, giving the city a continuous history of 426 years. The lore of the city abounds with tales of a secret tunnel between the two monuments, which are 8.5 km apart. Despite the abundance of lore, the passage has never been found although there have been plenty of discoveries of old structures that might lead to it.

The curiosity of Hyderabad’s history buffs was stoked yet again last weekend, when contractors building new barracks for policemen at a site just a stone’s throw from the Charminar stumbled upon two underground arches and tunnel ways. The stone masonry could lead to anything, but around the Charminar, any such discovery quickly stokes the mythology of the tunnel to Golconda. As eager residents swarmed the site to see the Golconde ka surang it was decided to refer the find to the state archaeology department.

At this site, in a locality called Chelapura, just a turn from the crumbling 400-year-old Sher-e-Batil Kaman, one of the four archways around the Charminar, there used to be until a few years ago some decrepit Nizam-era police lodgings which were demolished down to build modern amenities for policemen. The structures below could have been bunkers built for the Nizam’s constabulary. Or even the Golconde ka surang. 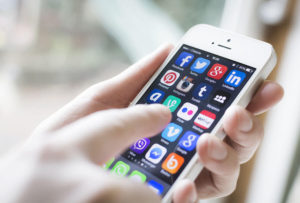 As the debate started by a Facebook group and that taken shape of Gossip matetial and spread across Twitter, Instagram, YouTube and LinkedIn platforms. As the photographs or sketches of a tunnel or an underground bunker in the Bella Vista Palace (now Administrative Staff College of India) in Hyderabad have rekindled discussions on age-old, still unconfirmed but compelling stories of a network of tunnels connecting the historic Charminar with the imposing Golconda Fort.

ALSO READ:  Thunderstorm Warning Issued In Telangana For Next 48 Hours

The Bella Vista bunker is no story but a fact, with city-based photographer and heritage enthusiast Mohammed Habib-ur-Rehman confirming it with his photos of the structure, which has a board calling it the Prince Azam Jah Tunnel. Discussions on a Facebook page run by Habib-ur-Rehman, ‘Paigahs of the Deccan’, indicate it could be a bunker that was built by the royals during the Second World War, presumably to escape air strikes. Habib-ur-Rehman says though it is mentioned as a tunnel, it was actually a bunker. 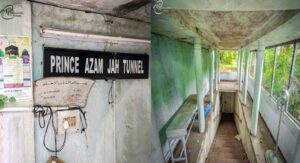 Even as the discussion on the tunnel-bunker is continuing, the old debate over the existence of a tunnel connecting Charminar and Golconda is also being revived in several circles. Legend has it that there was a tunnel connecting Charminar and Golconda Fort and that kings used to traverse through it frequently. The tunnel was supposedly patrolled by soldiers on horseback.

“I heard the tunnels were constructed during the Qutb Shahi period to enable an escape during attacks. Also, our grandparents used to narrate tales of hidden treasures kept in those tunnels,” says Mohd Farooq Taher, a government school principal.

Retired Assistant Director of Census Operations, Khaja Moinuddin, who conducted a survey of Hyderabad in 1962, also has mentioned about the tunnel. He wrote that in 1936, during the Nizam era, the then Commissioner of Hyderabad Municipality Inayat Jung and Director of Archaeological Ddepartment Ghulam Yazdani conducted a detailed survey of the tunnel and a map was also prepared by them, which was officially submitted to the then ruler Nizam VII Mir Osman Ali Khan. He adds that tunnel excavation works were taken up at different places around the Charminar and a tunnel was indeed found and a report submitted. However, there is no clarity on what happened afterwards. 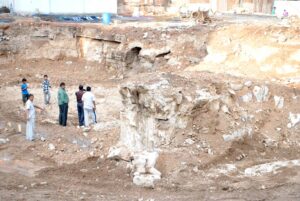 “Some years ago, there was lot of buzz about the tunnel when an ancient construction was found at Petlaburj. However, archaeology officials could not find any evidence and a police quarters was constructed there later,” says Ahmedi Begum, a social activist.

Mohd Safiullah, historian, says the existence of the Charminar-Golconda tunnel is a myth. “Hyderabad is a plateau region and it is highly impossible to build such a long tunnel. There was an underground palace though, around the Mahboob Chowk tower, spread over 4.5 acres which caved in,” he says.

Some historian claim the unveiled reality of that era which is still a mystery. And the ASI officers make a clear statement of tunnels, underground bunkers and underground palaces were exists in Golconda rulers history in Hyderabad.

According to ASI authorities  a  comprehensive survey of Hyderabad done in 1962 led to several clues and evidences of a secret passage between Charminar and Golconda. In 1936, the then Commissioner of Hyderabad Municipality Inayat Jung and Director of Archaeological Department Ghulam Yezdani conducted a detailed survey on the tunnel and a map was also prepared by them. The map was officially submitted to the then ruler Nizam VII Mir Osman Ali Khan. 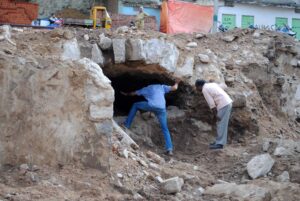 The excavation works were also done to locate the tunnel. The excavation was started from a place near Nawab Saif Nawaz Jung Ki Deorhi and after digging about 10 feet, huge granite slabs were found. Beneath these slabs, a 30-feet deep and 15-feet wide tunnel was found. The depth of the tunnel at some places was about 40 feet. Excavations were also carried out near Doodh Khana Allah Rakhi Begum and the tunnel with same dimension was found.

The excavations revealed that the tunnel had at least two branches, one from Saif Nawaz Jung-ki-Deorhi to Mitti-ka-Sher and from Mama Jameela-ki-Deorhi to Doodh Khana Allah Rakhi Begum passing through Sahr-e-Batil Kamaan.

The tunnel passed through Laad Bazar, Saif Nawaz Jung-ki-Deorhi, Doodh Khana Allah Rakhi Begum, Koka-ki-Tatti, Puranapul Darwaza, Karwan Sarai, Toli Masjid and Langar Houz area. A detailed report in this regard is believed to have been submitted to the VIIth Nizam. However, it is not clear why no follow-up action was taken on that report.

Is Study and Research On?

Since then, no official attempt was ever made to explore this historic hidden treasure. A few years ago, a cellar having 80 pillars of Daad Mahal, one of the seven Qutb Shahi Palaces demolished by Moghal emperor Aurangezeb, was found near Chowk-e-Murghan. The Department of Museums and Archaeology conducted a brief study, but did not take up any excavations.

Still study and research is in full swing with reputed history scholars and researchers in Hyderabad universities and institutions. Let’s wait and see, what result will come out in near future. #KhabarLive #hydnews