The present flaring issue of mal-administration and poor governance in India’s Sports, many experts believe, is not just underfunding but also the underutilisation of existing resources and lack of good planning. 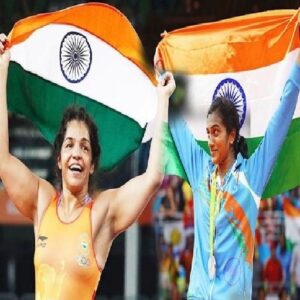 India’s abysmally poor performance at the Olympics is nothing new. India has consistently failed to foster players with a competitive edge in any sport other than cricket. Even a large amount of public and private investment in sports has failed to produce substantial results.

These failures are often attributed to the model of sports governance in India. Allegations of nepotism, fiefdom, unaccountability and financial irregularities give credence to such views. But in the recent past, it seems, the Indian state has started taking a keen interest in sports. Funding has increasing for programmes such as the Khelo India Games, which saw a hike of Rs 312.42 crore (about $46 million), from a revised amount of Rs 578 crore (about $78 million) in 2019-20 to Rs 890.42 crore (about $120 million). However, it remains to be seen if the increase in the budgetary allocation will galvanise any significant change at the ground level.

Lack of clarity on key issues 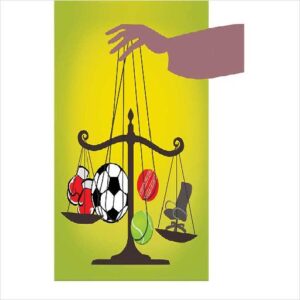 The Government of India’s attempt to promote sports and fitness has led to many changes, at least at the policy level, in the last five years. These changes also seem to have created duplications in policy; both the Samagra Shiksha Abhiyaan and Fit India Movement are called upon to provide sports equipment to government schools and ensure maintenance. This raises questions about whether schools will get funding from both these programmes and about who these schools will be accountable to.

It is also unclear what the objective of these programmes is, considering that the experts endowed with the responsibility to conceive, articulate and implement the policy have conflicting views on it.

Some experts advocate inculcating a sports culture minus the competitive aspect, others desire excellence in sports, and then there are also those who want to include traditional and regional sports within the ambit of sports. There also seems to be less clarity on the differences between sports for excellence and sports as a pastime or a hobby or a leisure activity or just for fitness. Then, some have been talking about physical education (PE) being part of the school curriculum.

The Khelo India programme talks about “reviving India’s sports culture at the grass-root level by building a strong framework for all sports played in our country and establishing India as a great sporting nation”. The Fit India Movement mentions that the schools are also allowed to include their traditional and regional games. Does this mean the schools will have three sets of designated periods during school hours: one for physical education, one for sports that will lead to the participants striving towards fulfilling Khelo India objectives, and one for maintaining fitness that could include traditional and regional games?

ALSO READ:  How 'Covid-19 Sanitation Duty Workers' Get Burns, Rashes And Allergy Without Any Safety Gear Provision In Andhra Pradesh?

At the governance level, corruption, lack of transparency and unclear demarcation of rights and responsibilities have created an environment of confusion and malpractice. For instance, in 2012 the Indian Olympic Association (IOA) was suspended from the International Olympic Committee (IOC) for electing members with pending criminal cases against them in its governing body. This forced Indian athletes to compete at the Sochi Winter Games under the IOC flag, instead of the Indian banner.

In an interview with us, Joy Bhattacharjya, former team director of the Kolkata Knight Riders and former director of the FIFA U-17 World Cup, observed, “There is a need for structural changes. The worst thing today is that federations have power without responsibility. Primarily, this is because we are apathetic to how sports fares. Unless we resolve this apathy, there will be no change.”

He further added, “Federations will always exist, but we need to find better people to manage federations. We need a watchdog on federations to ensure they do their job.” 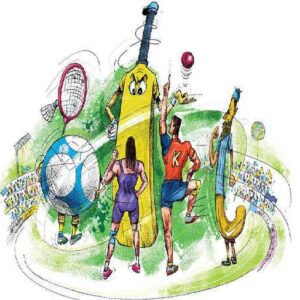 Many experts, at both the national and international levels, feel that if India wants to become a sporting nation, the country will have to invest heavily in building a modern infrastructure and a robust grassroots system.

Even the budgetary support for meritorious sportspersons was reduced by almost 40% from the previous financial year. And mind you, 2020 was supposed to have been the year of the Tokyo Olympics. When the 2020-21 budget was presented, we were still in a business-as-usual mode, blissfully ignorant about the devastation that would soon befall on the world!

Commercially, the market size of the sports industry in India was over Rs 91 billion (about $1.2 billion) in 2019. The majority of media consumption of sports in the country could be attributed to the Indian Premier League.

Just as a comparison, let us see what China has been doing to promote sports. A few years ago, Forbes reported that “the Chinese government plans to build an US$ 813 billion sports industry by 2025, where most of the sports industry’s growth is directly tied to government intervention.” The same article reported that “President Jinping wants to see the construction of 70,000 new soccer pitches by 2020.” But then the Chinese are known to overstate, too.

In a recent interview with a business News channel, Arun Navaratna, a senior economist with the ANZ group, noted, “Scarce public investible resources have eluded sports (in India). This is further compounded by misallocation, lack of transparency, poor asset management, and an absence of a framework for measuring the impact of public spending. This is unlikely to change, despite the government’s best intentions.”

Nitish Chiniwar, the founder of Bridges of Sports, talks to us about the uptick in infrastructure in India.  “Keeping cricket aside, if we look into sports overall, then there has been significant investment particularly in building infrastructure and making it available across India. Karnataka, for instance, has reasonably good infrastructure for track and field (athletics) – around 10-14 tracks including synthetic and mud tracks are available and well maintained.

ALSO READ:  Why Caste And Religious Emotions Are 'Different Politics' In Andhra Pradesh?

Other than this, we also have sports hostels and other provisions by SAI. All these ensure that we have facilities available for sports for excellence. States like Haryana and Punjab have provisions available for their specialty sports such as wrestling, boxing, etc.”

The issue, Chiniwar feels, is not one of infrastructure but that facilities are underutilised. He highlights the importance of promoting local sports interests by pointing to an example in Kenya.  “There is a small town called Iten in Kenya. Iten has produced more than 10 world champions in the last couple of decades and almost every middle-distance runner in the world has been to Iten for training at least once in their lifetime. It started back in the early 1990s, with a Kenyan world champion who wanted to start such training in Iten.

Initially, they did not begin with big infrastructure or huge equipment, rather their initial focus was on the education of sports- focusing on questions like how can you train better? Essentially focusing on the soft part of learning. Even today if you visit Iten you can see the makeshift gym made with pipes, paint boxes, and cement.” Chiniwar feels that India needs to place far more emphasis and investment on the learning aspect of sports.

Narayana Ramachandran, the former president of IOA, admits that the IOA has not done enough for the athletes. But, according to him, the problem goes much deeper than a shortage of cash or organisation. He opines that “sport is rarely at the top of anyone’s agenda – and that includes athletes and their families. Sport has always taken a back seat vis a vis education.”

We spoke to Luv Kapoor, a young professional footballer trying to break into a topflight La Liga football club in Spain. Kapoor feels India is one of the biggest sports markets in the world at the moment. He notes, “At the end of the day, investors globally want to see how they can make money out of a certain sport. This finance factor has changed Indian football for the better over the years.” He, however, feels a four-month ISL is not really ideal from the perspective of sponsors, investors, and the Indian players. “If you compare it to the Premier League in England or La Liga in Spain, they have a season for almost nine months. Also, the short duration of the league impedes the development of players, they do not get enough time to develop their skills.”

A new model of governance 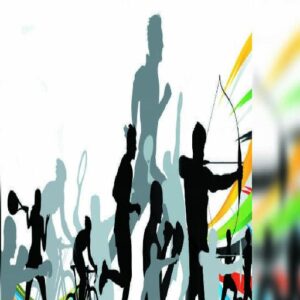 Needless to say, the current model of governance of Indian sports clearly lacks accountability and transparency, which creates an environment that is conducive to wide-scale corruption, threatening a tournament’s overall credibility. Even India’s most profitable sports league, the IPL, despite being one of the better-managed Indian professional leagues, has been embroiled in controversy in the recent past. Hence, unless mechanisms are brought in place to govern the huge sums of money and the interests of various stakeholders, such tournaments will always run the risk of losing credibility, negatively impacting the future of its players and stakeholders.

Having said that, several civil society organisations are now stepping up to the challenge of transforming India into a sporting nation by equipping children at the grassroots level with the means to dream big.  By incorporating sports into children’s daily lives, they are not only seeking to boost their confidence, self-image and personality, but also open the gateway to a possible career in sports. #KhabarLive #hydnews