Horsley Hills is home to a 160-year-old eucalyptus tree, reportedly planted by WD Horsley, the erstwhile Collector of Cudappah district, who made the hills his summer retreat in the 19th century.

It was a pleasant drive up the 8-kilometre stretch leading to Horsley Hills in Andhra Pradesh’s Chittoor district. As the car wove through the hairpin bends amid luxuriant vegetation teeming with eucalyptus, teak, sandalwood, mahogany and bamboo, looking out for forest denizens like bears, leopards or even deer. However, if you are travelling in summer, you will be greeted by the exuberant hues of the blooming gulmohars and jacarandas along the winding road.

After settling in my room at the Governor’s Bungalow, #KhabarLive enjoyed the most unusual luxury – a languid pace of life! Despite the verdant foliage around and the temptation to trek, opted not to venture out. As relaxed on the verandah with #KhabarLive travel crew, sipping cups of steaming tea in between nibbles of samosas. 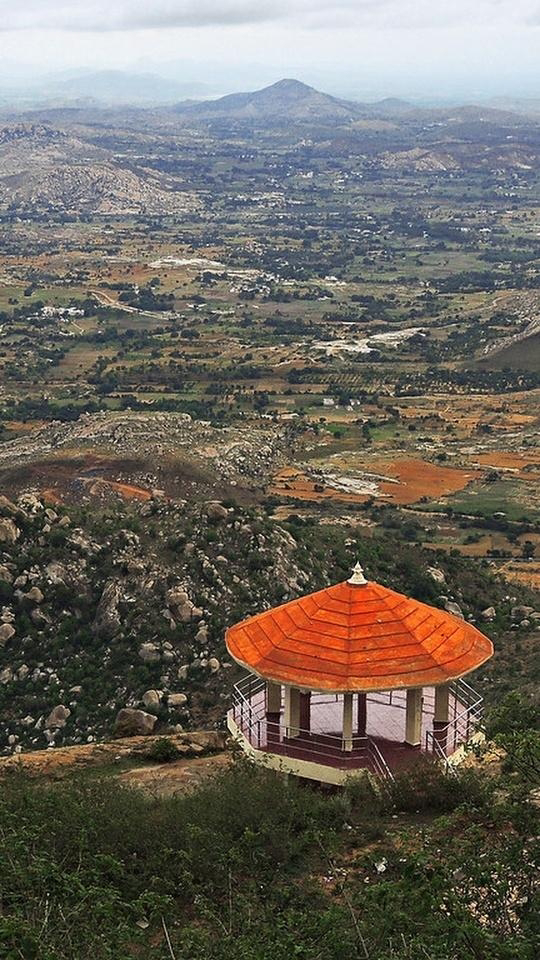 The magical stillness of the evening was broken by the raucous cries of the birds as they returned to their roost. Some common langurs were prancing from one tree to another, indulging in playful pranks.

The overhanging branches are large enough to lull you to sleep. Soon learnt that one of the unique features of this part of the world is that you will find trees of all shapes and sizes, ranging across diverse heights, each of their flowing boughs sheltering hundreds of birds.

The more than 160-year-old eucalyptus tree called Kalyani, reportedly planted by WD Horsley, the erstwhile Collector of the Cuddapah district, is the star attraction of the place. The lush forests around these hills have plentiful activities to keep you engaged. If the outdoors fascinates you, you can indulge in birdwatching, trekking, or camping under a starry sky. If your goal is only relaxation, take a leisurely stroll amidst rich flora and fauna. 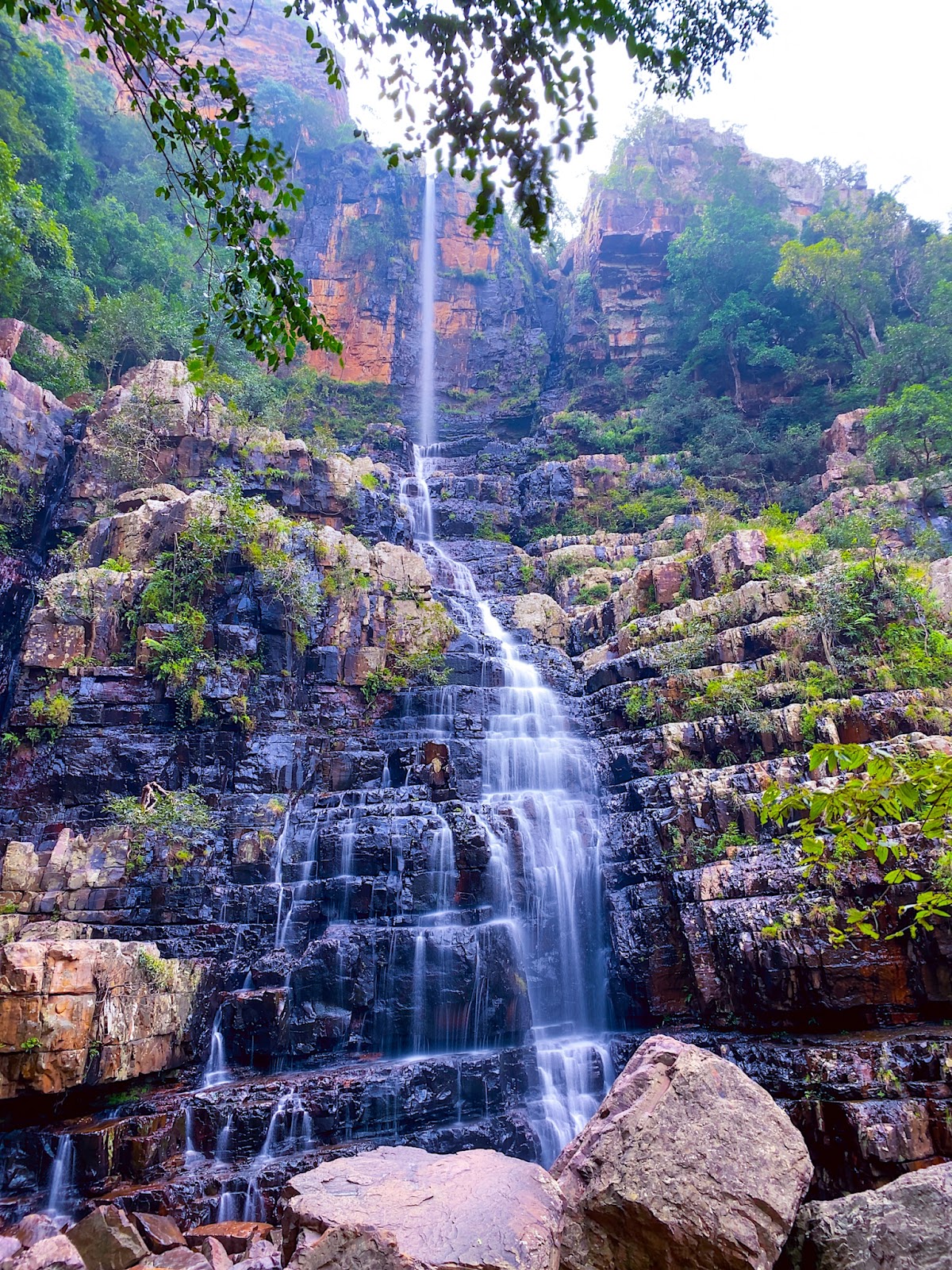 The place abounds in legends. According to popular lore, a religious woman called Mallama, lived in solitary isolation on a hill in the Nallamala Range of Andhra Pradesh. She was protected and looked after by an elephant (yenugu in Telugu). Subsequently the place came to be known locally as ‘Yenugu Mallamma Konda’ (Konda meaning hill in Telugu).

WD Horsley, the Collector of Cuddapah District in the late 19th century, heard of the legend and decided to make a trip there to escape the heat, dust, and spicy food of the plains of Andhra Pradesh. During one of his meanderings through the hill ranges of Chittoor district, Horsley chanced upon these pristine tracts. Enthralled by their natural beauty and cool environment, he constructed a cottage and spent his summers here.

In 1870, he constructed two quaint houses and thus laid the foundation of a hill resort, which was duly named after him. Today, the beautiful house in which Horsley once resided still remains.
It was in 1958 that the hilltop villa became the summer residence of the Governor of Andhra Pradesh for many years. Since then, Horsley Hills has taken its place on India’s tourism map. 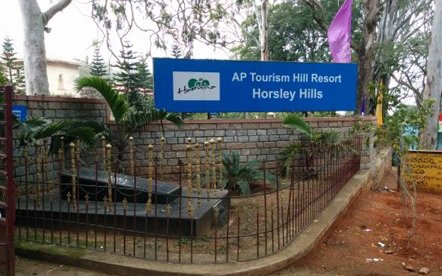 Unlike other hill stations, Horsley Hills is sans the hustle and bustle of commercial delights. Now it has metamorphosed into a popular trekking escapade and a watering hole for day-trippers.

However, this small hilltop has sights that are quite unique and unexpected – it flaunts a botanical garden with rare plants and a deer rehabilitation centre. The Forest Department has developed parts of the Horsley area into an attractive tourist park called ‘Environment Park’. The children’s park with a mini zoo has rhesus monkeys and crocodiles.

The densely-wooded slopes developed by the department are abound with flocks of exotic birds. The hoopoe is the star attraction among them. The Environment Park is well-maintained; the birds and animals here are well fed and cared for, sheltered as they are in individual cages.

From the ‘Valley View Point’, just behind the Governor’s Bungalow, we had panoramic views of the valleys, a patchwork of paddy fields, and the hamlets in the neighbouring places. The perpendicular drop on one side reminded me of ‘Tipu’s Drop’ at Nandi Hills. If you are in an adventurous mood, climb up the rocky escarpments to view spectacular sunsets. The magnificent boulders are an ideal place to practice rappelling and rock climbing. You can laze around or even doze off on the rocky outcrops of these hills.

Another prominent tourist spot is Gali Bandalu (Windy Rock ), a rocky slope that derives its name from the gusty winds that blow nearly all day. Gurram Konda, 40 kilometres from Horsley Hills, is another interesting spot nearby. 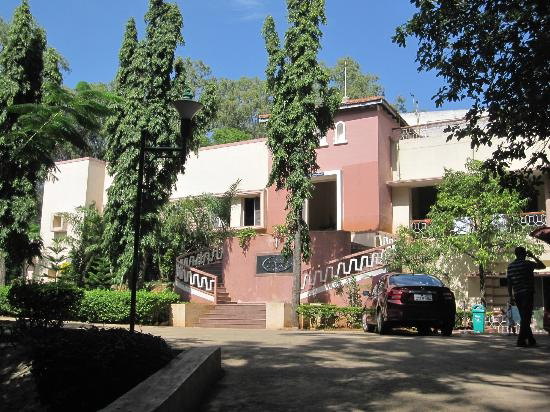 On our return journey from Horsley Hills, we took a detour to Talakona Falls, 57 kilometres away from Tirupati and nine kilometres from Nerabilu. En route we saw a sign board indicating the presence of a 300-year old, 5-km-long killer weed that spread its tentacles for some distance around and had killed all the plants in that radius.

A short trek from here led to a small waterfall surrounded by ruby-coloured quartz rocks. It’s an ideal place for rock climbing and rappelling. There was nothing to disturb peace in the serene locale except the gentle trickling of water. Talakona is well-known in these parts for the famous temple of Sri Siddheswara Swamy and the picturesque waterfalls in the midst of thick forested land. About 2 kilometres from the temple is ‘Sirodronam’, a sacred grove. 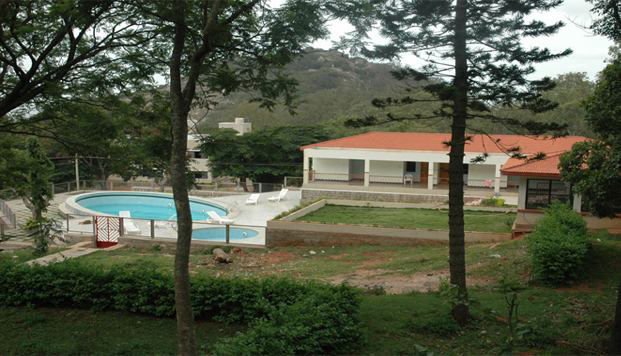 The Talakona Waterfalls which cascades down from a height of 300 feet is a 4 kilometre trek from the temple. Though the waterfalls are an all-year-round phenomenon, there was hardly any water during the visit. #KhabarLive saw numerous silvery streaks cascading  down the cliff face into the ravines below. Descending the virtually untouched locale, we promised to return when the falls were in full spate. #KhabarLive #hydnews