Hyderabad is home to several meat stores. It is home to 4000 chicken, 2000 mutton, 2000 fish shops and hundreds of street-side sales also happen. Now, to add professionalism, the butchers academy will train the qualified butchers to serve the city soon.

Necessity is the mother of invention. Thanks to Proteins Hygienic Non-Veg Mart, Hyderabad based bootstrapped phygital (physical stores & e-commerce) startup is soon going to have (probably India’s first city) a Meat Academy that will teach lessons of Butchery Skills. It is probably the first city in India to think in this direction of professionalizing Butcher Craft.

Proteins Hygienic Non-Veg Mart, the Hyderabad based first modern meat retail chain that is expanding its footprint from current 11 stores to 75 by the end of March 2022 by investing about 22 crores is facing a huge shortage of trained and skilled butchers. To overcome this problem it is coming out with the Academy to train people in butchery skills.  Srinivasa Rao Potini and Vijay Chowdary Tripuraneni, the founder​s​ of the company who are also serial entrepreneurs and invested in My Stores, Lenin House Exclusive Stores; Goa Grills announced in the city in a press conference held recently. 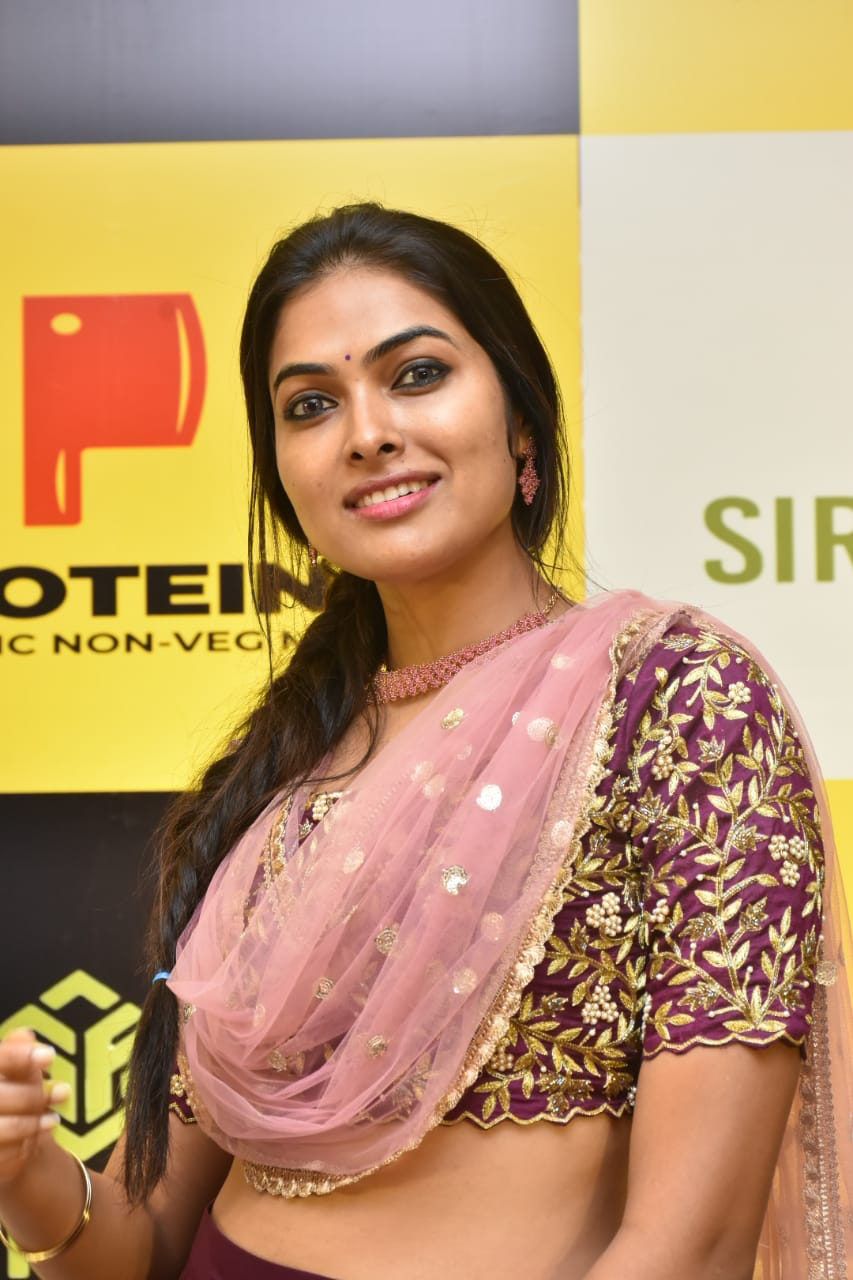 We are thinking about the Academy because we are seeing a huge potential for the space.  What was 2010 for general retail and e-commerce, these few years will be the same for the meat industry: Manchala Vamshi Rai, alumni of Bits Pilani and Director of Proteins Hygienic Non-Veg Mart.

ALSO READ:  Beware Of 'Chikungunya Virus' This Monsoon In Hyderabad

Butchers are meat cutters who prepare the meat for the purpose of sale.

The training will be a short term course that offers skills and training on how to expertly perform Butchery/Meat Cutting, informed Mr Vijay Chowdary Tripuraneni, founder of Proteins Hygienic Non-Veg Mart and the brain behind this novel academy.

Many hotel management colleges have this subject as their course curriculum. Butchery craft is also taught as part of the course. 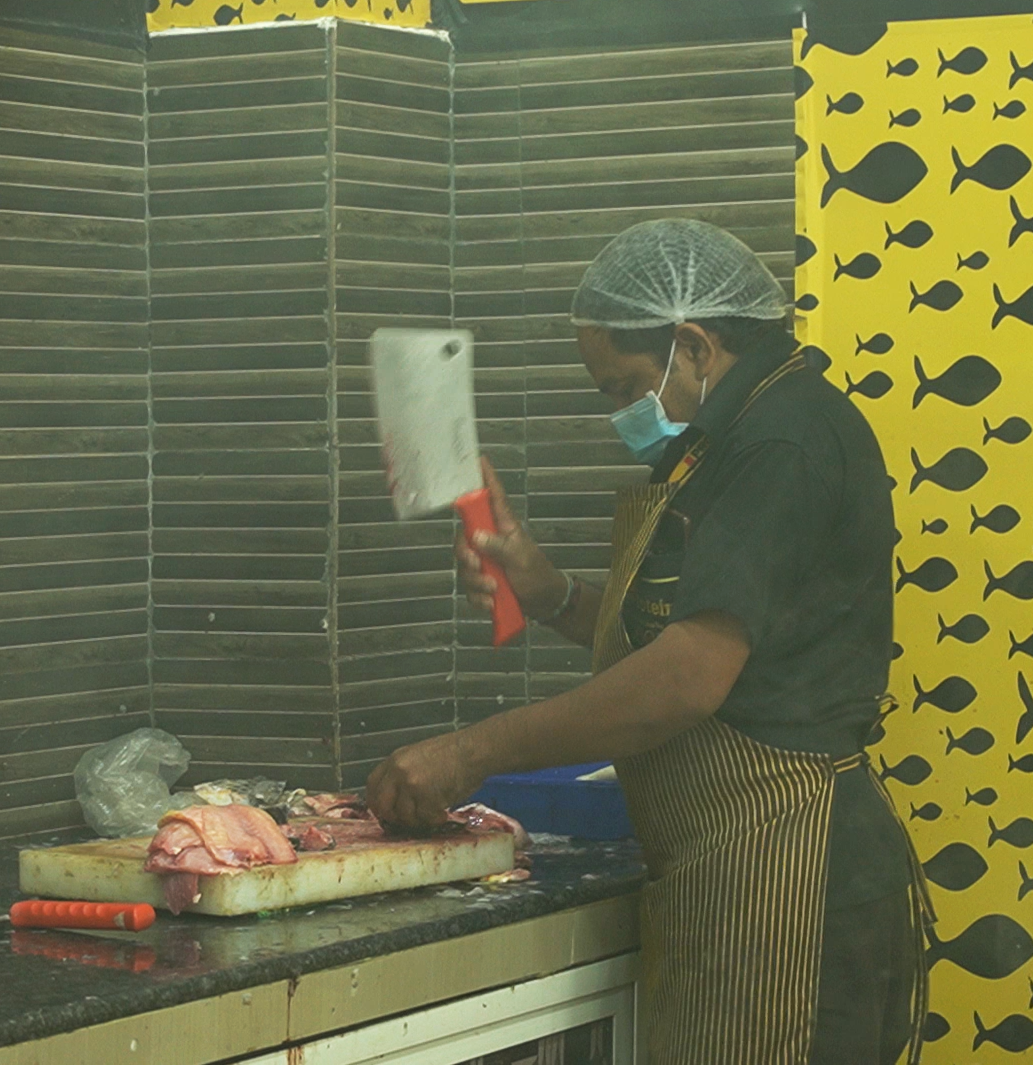 But, there is no exclusive Butcher Craft Training Institute in Hyderabad. Also, there is no information available on the internet about such an exclusive training institute. That is why it is going to be probably the first city in India to have a Butchery Academy. Though this is not open for people who just want to come and learn and go. It is going to be started with the exclusive purpose of training people for their internal use. 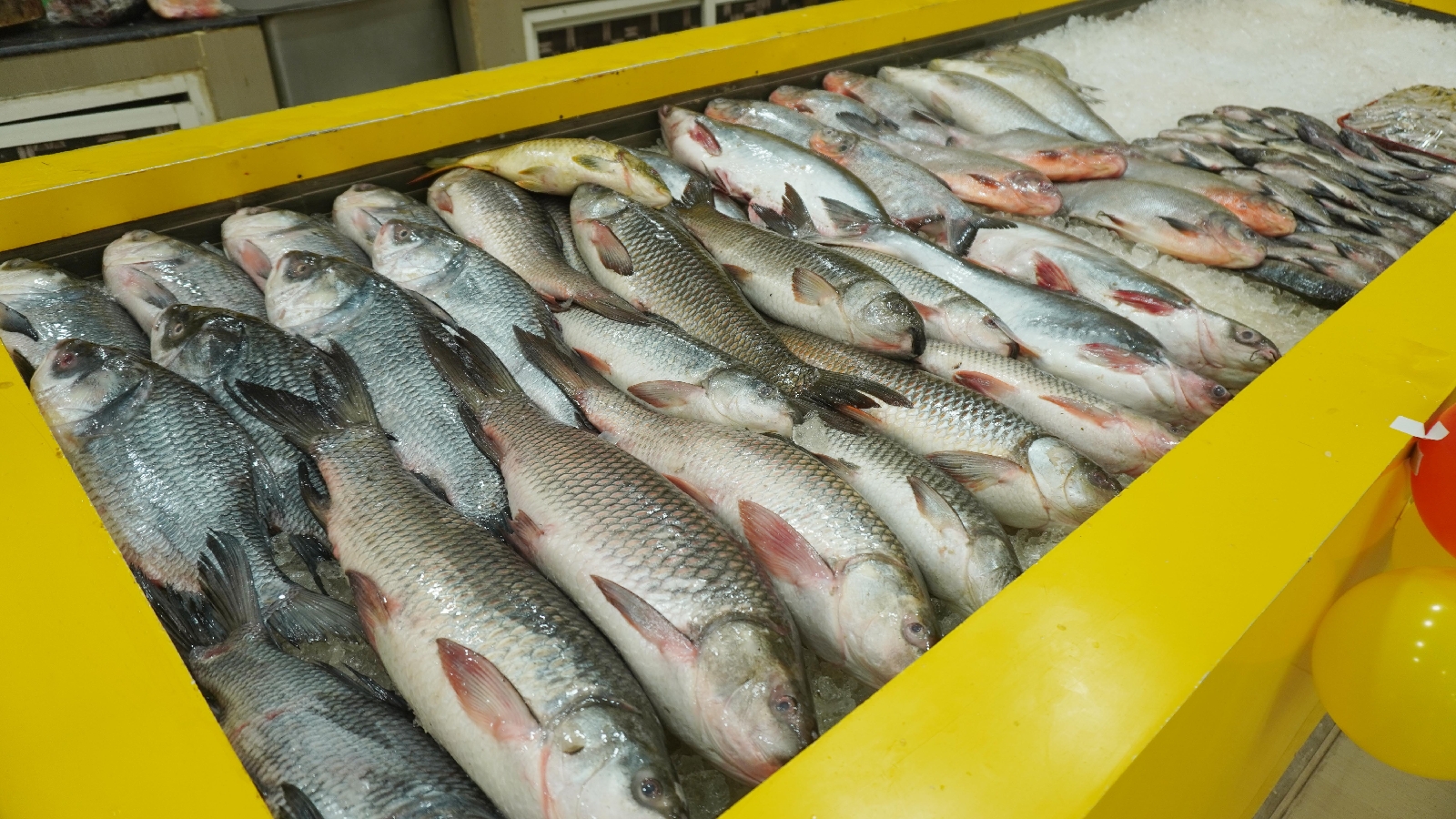 Emmanuel, Director of the IIHM—International Institute of Hotel Management, Asia’s largest Hotel Schools Chain says there are Meat Technology and Meat Certification Technology courses  etc and many other.  There are plenty of organizations in abroad.  But, I haven’t come across any exclusive Butchers Academy  If anyone is starting an exclusive academy it is really good for everyone, he said.

The butcher as we all know is a meat cutter. He chops, portions and grinds various kinds of meat. To identify meat cuts, cut meat properly, avoid waste, identify good quality meat, store it properly, waste management etc. His job responsibilities include preparing the meat, packaging and serving the customers.

Hyderabad is the meat consuming city and top in the country. Meat worth INR 3500 crore is consumed every year in the city. The city boasts of conventional shops. The city, according to Vijay Chowdary Triperaneni, the founder of the chain of one-stop meat shops, is home to 4000 chicken, 2000 mutton, and 2000 fish shops. But most of them are untidy and unhygienic. 95% of the meat industry is unorganised, known for poor infrastructure, unhygienic and have an unfriendly atmosphere, and are unreliable for quality and availability. 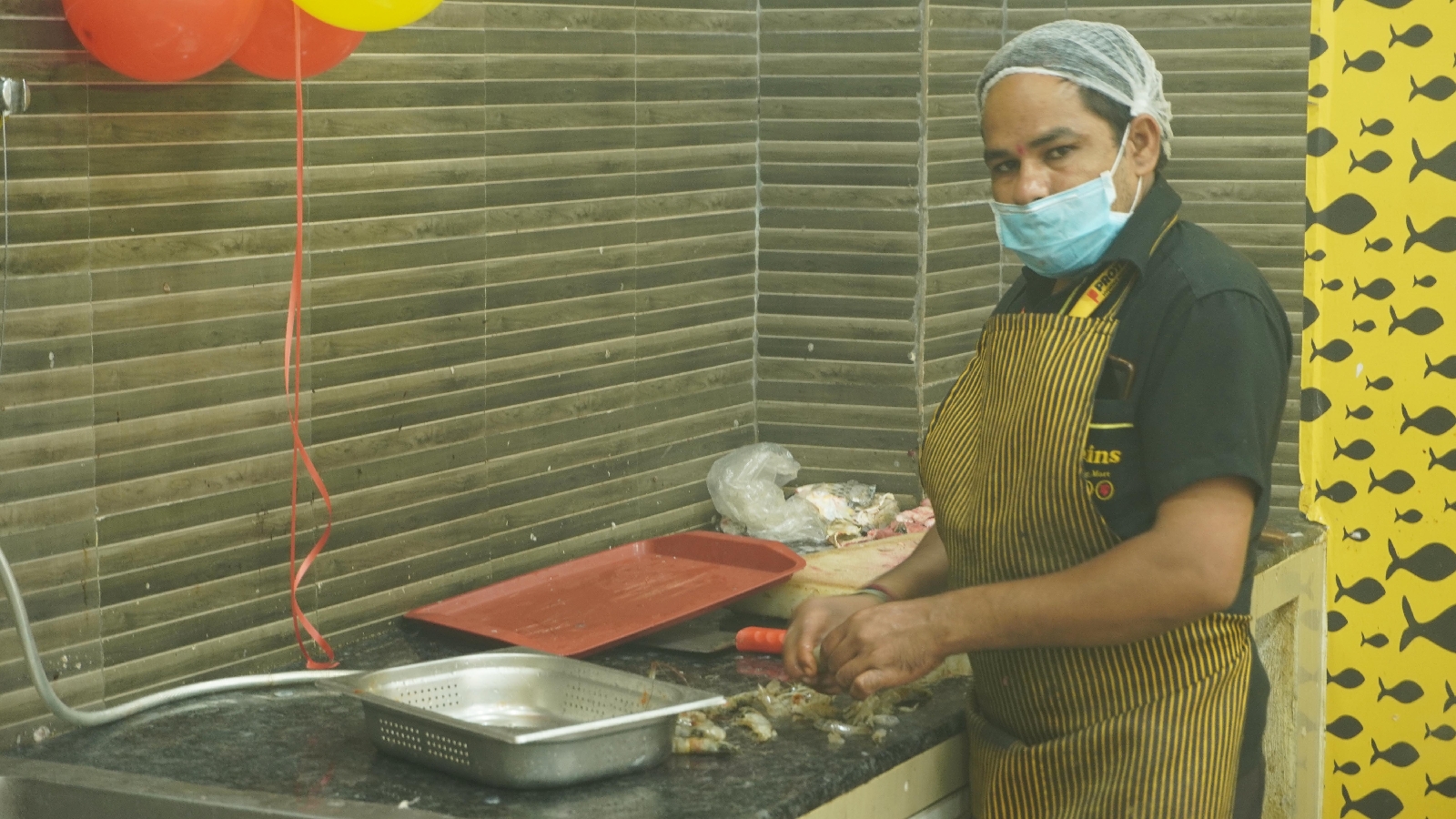 Ever since the pandemic hit, people have become more hygiene conscious. They have been giving a lot of importance to fresh food. Now things are changing slowly and steadily.

The traditional meat shops are being modernised. According to Mr. Manchala Vamshi Rai, an alumnus of Bits Pilani and Director of Proteins Hygienic Non-Veg Mart, more and more professionals are getting into the industry. More investments are being pumped in to offer a modern experience similar to supermarkets.

The stores are now made women-friendly. They have a rich ambience.

Conventionally more men go to shops to fetch meat. Though women go to vegetable shops, we don’t see many women going to meat shops because of un-women-friendly ambience and poor infrastructure. So things are changing and they are changing for good.

The potential of the meat market in India is 4 lakh crore. There is a huge potential for the growth of modern meat retail chains. Keeping this in mind, the Hyderabad based bootstrapped phygital (physical stores & e-commerce) startup has embarked on this initiative.

Vision is to provide the best professional shopping experience to meat buyers. We must make available the most hygienic, fresh and quality meat for the common man at affordable prices in the most professional manner possible. By meat, it means fish, prawns, crabs, mutton, chicken and their products says Mr. Vamshi.

In pandemic times like these eating hygienic meat is as important as wearing a mask and maintaining social distance.

Professionalizing butcher’s work is a good idea. I am sure a lot of takers will be there for the training program.