Hyderabad housed several slums which are in horrible conditions since last 30-years. No permanent housing, pathetic living conditions, no development in these areas. The big promises before elections will remain unfulfilled hopes to them. 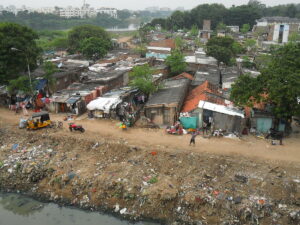 One of the oldest slum, Lakshmaiah Huts is a densely-packed 300-house slum where people from marginalised communities, most of them who had migrated to Hyderabad in search of employment, have lived for 30 years.

Most women living in Lakshmaiah Huts, an urban slum adjoining the Musi river in Teela Guda, Malakpet mandal, Hyderabad, wake up at around 5 am every day. Before there is any movement in the rest of the locality, these women go to the banks of the river to relieve themselves. “We go in a group of two people each. While one person goes to the toilet, the other one is guarding, preventing men from coming there. It is a nightmare,” says Varalakshmi, a resident of Lakshmaiah Huts.

Lakshmaiah Huts is a densely packed 300-house slum without a toilet facility where people from marginalised communities of Scheduled Caste, Scheduled Tribes, Backward Class and Muslims live. Most of them have migrated to Hyderabad from rural areas in search of employment. The only basic amenity these people now enjoy is potable water and electricity – but these too are also technically illegal. 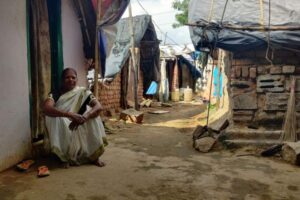 Unable to pay rents, these people have had to erect temporary sheds along the bank of the Musi and have been living there for nearly 30 years, waiting to get a permanent house, only to be deceived by the subsequent governments since 1991. The location of their houses is such that sewage water flows beside the homes throughout the year, making the residents prone to dengue, malaria and other diseases.

Recently, Telangana Municipal Administration Minister K Taraka Rama Rao (KTR) inaugurated 288 units of two bedroom-hall-kitchen (2BHK) under the dignity housing scheme in Pilligudiselu, Saidabad. Though this has revived the hopes for permanent housing for some residents in this slum, others are more sceptical. “Our patience has died now. We have been living under these miserable conditions for so long; no government has shown an ounce of mercy to provide a permanent shelter to us,” a dejected Varalakshmi says. 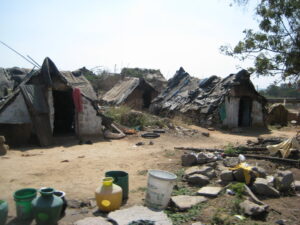 The residents of Lakshmaiah Huts recently held a meeting in which they made a resolution to reiterate their long-standing demand of permanent housing, and not at the cost of displacement. “Most of us women are domestic workers in the neighbourhood. Our livelihood depends on it. If we are given a house in some faraway, isolated place, how will we make a living? Wouldn’t that affect our children’s education, too? That is the reason we want the government to issue a 2 BHK house in the same locality, where we will continue to lead our lives,” says Vimala, another resident.

The recent flood threats in Hyderabad have also made the residents anxious: firstly, because the government could demolish their huts, and secondly, due to fear of snakes and rodents. “We are scared of the floods. Last year many snakes entered our houses. We were living under constant fear,” Chennamma, the leader of the slum says.

ALSO READ:  The Enchanting Glory Of Golconda Fort In Hyderabad 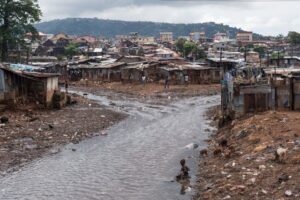 Syed Bilal, Vice-President of Human Rights Forum, which is one of the organisations fighting for the residents’ right to housing, says, “It is absolutely shameful that these people have been denied housing for three decades. These people have been surviving in unliveable conditions, in small make-shift houses that cannot accommodate more than two people.” Bilal also argues that several NGOs which have taken up the cause for permanent housing for these people have failed to bring this demand to fruition. He alleges that many organisations have “used these people for their dharnas” without providing consistent support.

Lakshmaiah Huts comes under the Malakpet constituency, the legislator of which is Ahmed bin Abdullah Balala of the AIMIM. #KhabarLive has reached out to the MLA for his comments on the issue, and will update this story with his response. #KhabarLive #hydnews