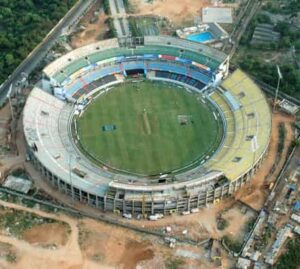 As you enter the Rajiv Gandhi International Stadium in Uppal, the torn canopies in South Block, which were ravaged by the April 2019 gale, greet you. It is more than two years since the evening storm took place but the Hyderabad Cricket Association (HCA) is yet to the repair the canopies. That itself describes in nutshell the inefficiency of the association. The long delay in repairing the canopy could put obstacles in claiming the insurance money now. Usually, whenever these types of mishaps happen, the repair work is done immediately but this delay by HCA is still a mystery.

‘Kya hua, abhi tak canopy repair nahi hua,’ is the common refrain by an outside player visiting the stadium whenever they come to play a match here. Interestingly, the HCA has even conducted IPL and international matches with torn canopies presenting a bad picture. Recent BCCI decision not to award a single international match to HCA is indeed a tight slap from the board. The international matches will be played far and wide of the country but not in the happening city of Hyderabad.

In fact, the last time in April this year when #KhabarLive contacted secretary R Vijayanand on the canopy issue, he said: “We have to carry out repairs as early as possible otherwise we won’t be able to get the insurance money. Though we had called for tenders, they got delayed.’’

A club secretary said BCCI should now themselves be directly involved to repair the canopy by calling the tenders. Apart from the canopy, there are many broken chairs in the stadium. They need to be replaced immediately. HCA heaved a sigh of relief a few days ago as a major mishap was avoided when the match referees room caught fire because of a short circuit. Luckily it got extinguished quickly. These are the many issues that the faction-ridden HCA is facing now.

Incidentally, under YL Chandraskehar, who is in BCCI Panel of curators, the Uppal Stadium received the best ground award in IPL three times and two times in Ranji Trophy. He is the only certified curator of Telangana.

Meanwhile, with less than a month away from the Syed Mushtaq Ali T20 tournament, Hyderabad has yet to announce the five-man senior committee and name of the coach. Though officially in the last Special General Meeting, MV Narasimha Rao, Sudip Tyagi, Sravanthi Naidu were named as Cricket Advisory Committee (CAC), they have to sit formally. As per the Lodha Committee Reforms, the CAC have to announce the selectors and the coach. The good news is that the Test cricketer G Hanuma Vihari is back from Andhra and would be playing for Hyderabad team this season. 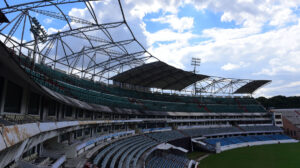 The poor planning of the association came to the fore with the State under-19 team flying out to play their matches in Ahmedabad without official kit. According to a club secretary, the team got only three bag kits. The players have not yet received the dress apparel even as they play their practice matches in two days’ time. #KhabarLive #hydnews