As activists challenge the police’s version, many have expressed anger against the deterioration of women’s and children’s safety in Telangana. Rights groups have questioned the circumstances leading to the cremation of the accused in the case of the rape and murder of a six-year-old child at Singareni Colony in Hyderabad. 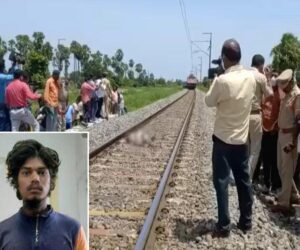 Police claimed that accused Palakonda Raju (30), who was on the run, died by suicide on the train tracks. His body was, according to police, recovered from the railway tracks at Ghanpur station in Jangaom district. Raju’s wife Mounika has accused police of having killed him.

Meera Sanghamitra of the National Alliance for People’s Movements (NAPM), who is one of petitioners who moved the Telangana high court seeking to halt the cremation and for an order for an independent post-mortem, told #KhabarLive that police have violated the basic guidelines of the Supreme Court and the National Human Rights Commission (NHRC) to be followed in cases of suspicious deaths.

“Preservation of bodies naturally offers opportunity for the conduct of another postmortem by a team of independent doctors. This could have helped resolve the mystery as the death is of suspicious nature. Such a possibility is ruled out now,” Meera said.

In the case of the police killing of the four accused in the 2019 rape and murder of the Hyderabad veterinarian, intervention of the court had made it possible for the bodies of the four to be preserved for another round of post-mortems.

Narayana Rao, general secretary of the Telangana Civil Liberties Committee (TCLC), questioned the police’s version of Raju’s death. Rao said that even before Raju’s body was found, Telangana’s labour minister Malla Reddy had publicly stated that the accused would be caught and subjected to an “encounter death”.

When police had said Raju was still at large, another state minister, K.T. Rama Rao, had first tweeted on September 12 saying he was caught. He later backtracked.

While the perpetrator has been arrested within hours, I request Home Minister @mahmoodalitrs Garu & @TelanganaDGP Garu to ensure that justice is delivered expeditiously ?

Rao is of the view that KTR’s tweet was not a mistake at all but that his rectification is reflective of the change in how police decided it would treat Raju. “After all, KTR is the TRS working president and occupies the second position in the government after his father and chief minister K. Chandrasekhar Rao. I do not think he would have taken to Twitter without definite information received from official channels,” Rao told #KhabarLive.

Rao said he has spoken to a train driver and guard whom he met at the place where Raju’s body was found. Railway employees allegedly questioned the fact that his body was largely intact, with a fracture on his hand and disfigurement on his face, even though he came in contact with the wheels of a train. 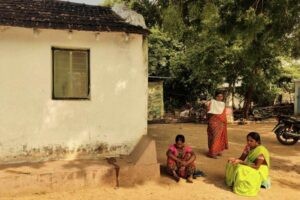 Raju’s family has told local television channels that they believe that he was murdered. Speaking with #KhabarLive they said that Raju’s wife Mounika, mother-in-law Suguna, father-in-law Venkanna and two other family members were allegedly taken to Saidabad police station from from Addagudur, their native village, and kept there. Police allegedly told them that they would not be released until Raju was caught, Raju’s family said.

A day before he was found dead, the family said, they were all allegedly released and dropped at Uppal Ring Road on the city outskirts in a police vehicle. Suguna told local TV channels that police offered the family Rs 700 as travel expenses and helped them board a bus bound for their village.

Safety of children and women still under cloud

Vanaja C, a Hyderabad-based independent journalist and film maker, told #KhabarLive that the mystery over the accused’s death does not in any way help the cause of children and women’s safety. 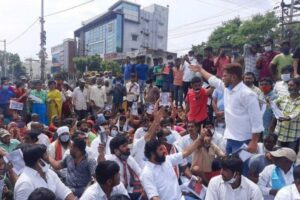 Vajana, who took an active part in the statehood movement, expressed her anguish that the new state has failed to deliver women and children safety in the six years since its formation.

“The representation of women in the legislature is less than 5%. The first four and a half years of KCR’s rule had no woman in the cabinet,” Vanaja pointed out.

Bannuri Jyoti, who edits the bi-monthly Mahila Marg underlined the need for the powers-that-be to introspect instead of rushing to deliver justice.

“When the Hyderabad vet’s parents frantically called police with ther request to rescue their daughter, the response was quite disheartening. Similarly, the police failed to save the latest minor victim on time,” Jyoti said.