This day of September month always remembered as Telangana’s struggled liberation day with many bravehearts sacrifices their lives to get the state free from the clutches of feudalism.

As the September 17 has special significance in the history of Telangana. This was the day when in 1948, Indian armed forces took control of the princely state of Hyderabad in a “police action”, ending the 200-year-old Nizam rule and merging the vast Hyderabad Deccan region, which comprised present-day Telangana, parts of Maharashtra and Karnataka into India. Nizam conferred enormous powers to feudal landlords, who in turn exploited the masses. 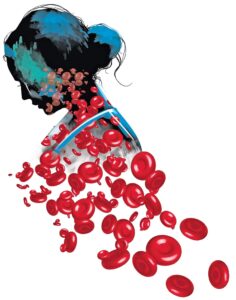 The Telangana armed struggle must be analysed from different angles. The poor, agricultural labour, small peasants led by the Party, a broad section of middle peasantry, small, petty business people and intelligentsia supported the armed struggle and saved our underground leaders during the most difficult times. The struggle saw women coming out on the streets and participating in armed struggle against the Nizam rule. The armed movement lasted from 1946-1951.

One of the most popular leaders of the movement was Chityala Ailamma popularly known as Chakali Ailamma. She fought for the rights of the labour class particularly women to cultivate their own land rejecting the supremacy of the upper castes. Her defiance of Razakars inspired hundreds of women to join the armed struggle. By the end of 1940’s women’s participation in the urban and the rural areas picked up momentum. One of such living legendry women leader is Mallu Swarajyam. She was known as iron lady of Telangana who fought against the landlords.

She is sister of revolutionary leader Bhimreddy Narasimhareddy, who is a famous Telangana warrior and parliamentarian from Nalgonda district. Born in 1931 in Kothagudem of Tungaturti Mandal in Suryapeta District. Swarajyam, took part in the Telangana armed struggle along with her brother and displayed supreme bravery. She was inspiration to many women at a time when it was considered a sin for women to step out from the house. She went round villages and enlightended the people through her songs and lectures. She also awakened the tribal in Warangal, Karimnagar and Adilabad districts during the armed struggle. Razakars burnt her house in 1947-48 and announced a prize money of Rs 40000 on her head if anyone informs about her whereabouts. At this point she went underground.

Mallu Swarajyam continued to play active role in politics after the end of the armed struggle. She was elected to the legislative assembly twice in 1978 and 1983 from Thungaturthi constituency from CPI (M) and rendered valuable services to the people of not only her constituency but also in the entire state . She also served as the General Secretary of State Women’s Association of CPI ( M) party.

Walking down the memory lane, she shared some of her memories with The Hans India. She said those were the days when Jagirdars of the region used to exploit poor people. Elders of the families used to tell their children emulate other successful children in order to reach the top positions in the society. Girls of the elite families used have the privilege of having access to quality education, swimming and horse riding by private tutors at their houses to carry forward the legacy of zamindary system in case if something happens to men in the family .

Recalling her entry into the armed struggle she said she joined the Andhra Maha Sabha movement through her elder brother Bhimireddy Narasimhareddy who was studying in Hyderabad then. Those were the days when even well-educated women were reluctant to speak on the stage. She said, “Listening to my speeches at the age of 15, many used to think that I finished my graduation. In fact, I studied only up to fifth, she said. Sharing her bitter experiences in the forest during the Telangana Armed struggle , she said ‘Once our troop slept in a forest. It was a very dark place as we had to hide ourselves from the police. A bear attacked me. I had narrow escape as I threw a blanket on it and escaped getting injured.

In another incident, I escaped from the attack of the tiger by firing the gun in air. She feels that our education system was not inculcating a sense of patriotism among youngsters. She said at the age of 13 , she started going from village to village singing songs of revolution. At 16 , she picked up the gun to fight against landlords (doras)who to fight against their atrocities against the peasants. About 300 women were trained in the art of armed combat by an ex serviceman called Jaipal Singh and the womenfolk took up arms against private militia of Nizam and succeeded in liberating 3000 villages from Razakars who terrorized innocent people. It was movement where more than 4000 people sacrificed their lives in Telangana armed struggle . My Red salute to those martyrs, she said before signing off.

On later stage of events, despite India has got independence on August 15, 1947, the Hyderabad state had to wait for a period to get out from the clutches of Nizams and Razakars as they were ruling the state. The seventh Nizam Mir Osman Ali Khan, who had a pact with the British has been ruling Hyderabad independently. Although the people of Hyderabad were in support to merge in India, the Nizam Nawab did not agree to the proposal. 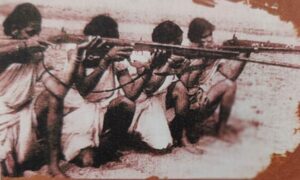 During the rule of the Nizam, the Razakars erupted and created many atrocities on people looting money. At the instigation of the Nizam, Razakar leader Qasim Razvi challenged that he would hoist the Asaf Jahi flag over the Delhi Red Fort. Against this backdrop, the State Congress, the Communist Party, and Arya Samaj launched a struggle against the Nizam’s tyrannical rule. However, all these institutions were banned by Osman Ali Khan.

Apart from Telangana, Marathwada, Hyderabad, and Karnataka were ruled by the Nizam Nawab. Believing that there will be a threat to the survival of the country if the state is not merged in the Indian Union, the then Home Minister Sardar Vallabhbhai Patel decided to take military action against the state of Hyderabad. While the Nawab of Nizam sent a message to Pakistan for help and turned to the United Nations. The Indian Army launched the siege of the State of Hyderabad on September 13, 1948, under the name ‘Operation Polo’.

The Indian army launched a siege from all over Hyderabad. In the battle, first, the army led by Nal Durg took over all the villages from the Maharashtra side. On September 14, Aurangabad, Jalna, Nirmal, Warangal, and Suryapet were captured and then returned to Hyderabad.

General DS Brar led an army that left from Tuljapur and Talmadi and AA Rudra led the army from the Madras side. Brigadier Sivadatta led the army from Karnataka respectively. As the Indian Army taking the control of each village from all directions, the people of those villages welcomed the Army. Razakars and Nizams could not withstand in front of the Indian army and within three days, the Deccan state was completely taken over by the Indian Army.

By noon on the 16th, the Indian Army was deployed in the vicinity of Hyderabad. Idrus, the commander-in-chief of the Nizam’s army, surrendered out of fear of Indian military property. At around 5 pm on September 17, the Indian Army took complete control of Hyderabad. For a while, the Nizam Nawab announced on the radio that he was surrendering to the Indian government. Thus Operation Polo was completed. Since then, September 17 has been celebrated as ‘Telangana Liberation Day’. #KhabarLive #hydnews