As a matter of fact, this time any political party will easily grab the power from ruling TRS party with gaining public confidence, solving the much awaited promises and assure the easy life without much hard work. All these BJP can provide in the state if the party becomes Secular and much transparent in terms of getting vote bank in Telangana.

Time is running out for the seven-year-long dictatorial rule of Telangana Chief Minister K Chandrasekhar Rao. KCR has played with the lives of students who led the separate statehood movement. He became the CM by playing politics, not leading the movement.

In 2014, on the Floor of Assembly, he vowed to fill 1.07 lakh vacant posts in various departments. In 2017, he announced filling up of over 1.12 lakh posts and promised to issue notifications annually.
However, the number of vacancies in government departments has now piled up to 2.5 lakh. There are many vacant teaching and non-teaching posts in universities even as many government schools have been closed. There has been no instance of filling even one teacher post.No efforts were made to fill Group-I, junior college, degree college teacher and university teachers posts. In fact, except in the police department, no other vacancy has been filled. The number of districts has been increased, but no effort was made to recruit people needed to administer the districts.
For the post of police constable, PhDs, and those who have done MTech have applied, indicating the desperation of the unemployed. The number of unemployed has shot past the 50 lakh mark if the number of applicants for various posts is any indication.
A glance at the Statistics and Programme Implementation Department’s periodic labour force survey statistics or state-wise unemployed data being maintained by the Centre for Monitoring Indian Eco 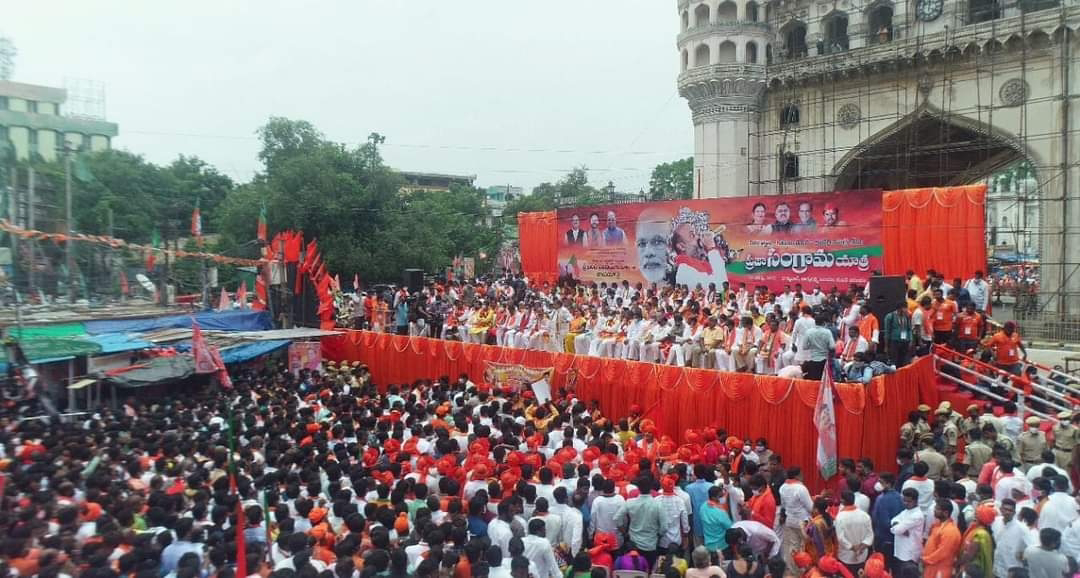 nomy reveals that the unemployment rate has reached 25 to 33 percent in Telangana. At many places, the unemployed are resorting to suicide. Is this the Bangaru Telangana promised by KCR?
It’s clear that KCR is victimising students who played a crucial role in the Telangana statehood movement. It’s clear that during the past seven years, those who benefited the most are his family members and those nursed by him.Corruption under the KCR regime has reached dizzy heights. 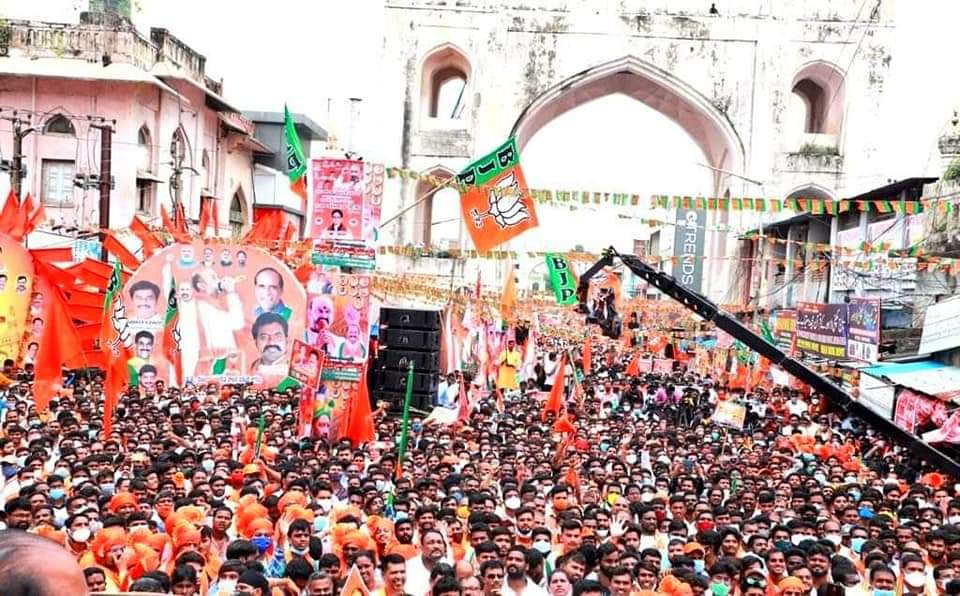 Thousands of crores of corruption is taking place in projects, contracts, construction of projects, sand quarrying, liquor sales and in almost every transaction but nobody raises a voice against KCR. For example, the Kaleswaram project, which was estimated to cost less than Rs 40,000 crore, has been revised to Rs 1.30 lakh-crore. Not surprisingly, the government is accused of swallowing the funds meant for migrant workers.

ALSO READ:  'Vemulawada' - The Land Of 'Temple And Textiles' In Telangana
KCR has shown the door to many leaders – like Ale Narendra, Vijayashanti and now Eatala Rajender – who questioned his activities.His coterie consists of all those who play second fiddle to him. After coming to power for the second time, his ego has become inflated as he feels he cannot be challenged.

KCR went back on his promises like three acres of land to Dalits, construction of 7 lakh 2BHK houses, stipend for unemployed, waiver of crop loans, free KG-to-PG education and construction of a hospital in every constituency.

The Covid second wave exposed the shortcomings of the public health infrastructure. He is also accused of diverting BC, SC and ST Sub-Plan funds to other purposes. Besides misusing Central funds, KCR diverted the funds meant for infrastructure development projects to implement vote bank politics.

The government did not build new projects, but re-designed old ones and inflated the cost many times over to loot public money. KCR claimed credit for implementation of the free vaccination programme, five kg of rice to the migrant workers and old age pension. In fact, the Centre should be given credit for these programmes.

ALSO READ:  AIMIM And The Fight To Garner The Secular Vote 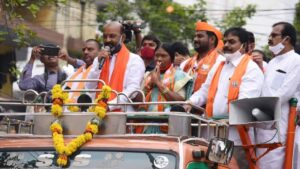 Buying votes by spending crores, bringing MLAs elected on other party tickets into the TRS fold, repressing those who question him are some of the skills nurtured by the CM. The debt burden of the State in 2014 was Rs 60,000 crore and has now risen to Rs 4 lakh-crore.

KCR promised to celebrate September 17 as Telangana Liberation Day, but failed to implement it. Moreover, KCR is in league with communal forces who are heirs to Razakars. Against the Constitution, he provided 12 percent quota for Muslims. There is no check to the atrocities of the Majlis because of the appeasement politics being practised by KCR.

Majlis leader Asaduddin Owaisi, who opposed triple talaq, is supporting the atrocities perpetrated against women in Afghanistan saying that even more severe atrocities are being perpetrated against women in India. KCR joining hands with people like Owaisi, who wants to see Muslims confined to the Medieval Age to protect his interests, is atrocious. People are realising that the seven year rule of KCR exploited the state. 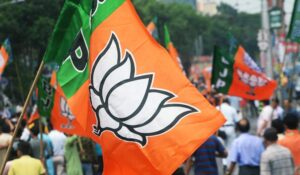 Cracks are now appearing in the fort of KCR. The people are witnessing the failures of KCR; his popularity graph is on the decline. People have realised that there is no congruence whatsoever between his sayings and doings.

That is why the Praja Sangrama Yatra by BJP Telangana president Bandi Sanjay has received overwhelming support. It shows the fall of KCR is imminent. #KhabarLive #hydnews