The ailing Telugu Desam Party is in deep troubles in Andhra Pradesh and its 71-year-old chief Chandrababu Naidu is grappling with such diminished status, that his visit to Delhi last week hardly created a flutter.

Almost two years after a humiliating defeat in Andhra Pradesh, which stripped him of power, former chief minister N. Chandrababu Naidu is desperately looking to revitalise his Telugu Desam Party (TDP), which is facing arguably its greatest crisis in the four decades of its existence.

Such is the desperation that Naidu has even hinted at the possibility of re-allying with the BJP, in a bid to take on the ruling YSR Congress Party (YSRCP). 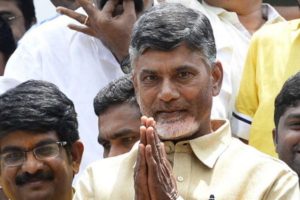 Naidu, who was in Delhi last week, has sought an appointment with Home Minister Amit Shah. He reportedly said that the TDP does not have major political ideological differences with BJP and the split in 2018 from the National Democratic Alliance (NDA) was purely for the “state’s interests”.

The TDP had exited the NDA alliance in 2018, just before Assembly polls in the state, on the grounds that the BJP had not honoured its promise to grant Special Category Status to Andhra Pradesh.

But such has become his diminished status, that the former Andhra Pradesh CM’s visit to Delhi hardly created ripples.

Naidu, who was once one of the most influential politicians in the country, a king-maker who had played a crucial role in picking Presidential candidates such as A.P.J. Abdul Kalam and K.R. Narayanan, is now struggling to find space in the Capital.

“When Mamata Banerjee went to Delhi after elections, all the top leaders met her. Even though Naidu is senior to her, the same impact could not be seen. Ultimately, in the streets of Delhi what matters is numbers. If you have numbers you have respect, otherwise no.”

But, Naidu’s position in the state is no better. Even before he can think of mending ties with the BJP, there are a lot of challenges within the party that need attention, point out party insiders. 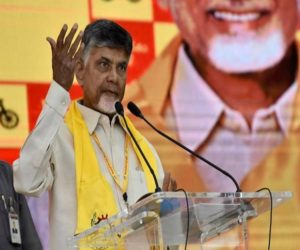 The TDP is grappling with a scattered cadre, top faces having gone silent, internal issues among leaders and Naidu himself, who at 71 years old is an ageing party chief.

ALSO READ:  Save 'Lives' With Your Blood

Party leaders admit their troubles began with the humiliating defeat in the 2019 assembly elections, when the TDP won just 23 seats. The YSRCP, led by Chief Minister Y.S. Jagan Mohan Reddy, won 151 of the 175 assembly seats.

“It took almost 100 days for us to even digest what happened — the numbers we won. The cadre was obviously very demotivated. I think it took similar amount of time for the party chief to come to terms with it,” Nara Lokesh, Naidu’s son and a former minister, told #KhabarLive, adding that lack of presence on the ground was one of the biggest reasons for the party’s fall at a time when Jagan, then an opposition leader, went on a 3,600-km padayatra across the state.

“The disappointment was so much because none of the cadre expected that we would lose, forget scoring such low numbers. The expectation was that TDP will definitely form the government,” TDP’s Ashok Babu, a Member of the Legislative Council, told #KhabarLive.

Since the 2019 polls, the TDP’s trajectory has only spiralled downwards. The party has faced a slew of defeats in the local body polls and even a bypoll in Tirupati.

In fact, the party did not contest last month’s bypoll at Badvel constituency, citing a decades-old tradition of not fielding a candidate when a family member of a deceased is contesting on the opposite side.

This move, however, led to a buzz that TDP’s withdrawal from the poll had more to do with supporting the BJP, which had fielded a candidate against the YSRCP.

But in its efforts to cosy up to the BJP, the TDP faces another hurdle — the Jana Sena Party (JSP) headed by actor-turned politician Pawan Kalyan, which is already in an alliance with the BJP. 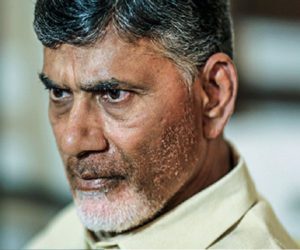 A senior TDP leader, who wished to be unnamed, however, told ThePrint that on ground, TDP and JSP cadre have been secretly working together to take on YSRCP.

“Ground-level cadres of TDP and JSP have already been working together. And if that magnitude increases and reaches the top level, the top leaders will have no choice but to take a decision in line with the choice of the ground cadre,” he said.

Jana Sena’s political secretary P. Hariprasad, however, denied the claims. “There is no such thing of cadre working together. That’s just wishful thinking,” he said.

Another JSP leader, on condition of anonymity, told #KhabarLive that some ground cadre of both parties might be working together because they hail from same caste.

ALSO READ:  Can An Anti-Modi Alliance Defeat The BJP In 2019?

The TDP has been taking steps to bounce back. Soon after the 2019 polls, the party chief hired a strategist who earlier was associated with Prashant Kishor’s team. The team, with Kishor at forefront, had assisted YS Jagan in the 2019 elections.
There is still a lot of ‘course correction’ that the party needs to do, insiders said.

One of the first challenges that the party is focusing on is wooing cadres who have moved away and leaders who have shunned the limelight.

“In 2019, Naidu mostly focused on development and could not give much time to the party. It took us a year-and-a half to realise YSRCP’s strategy and get back in action. But now, the party has started restructuring, from ground level to mandal level, and is only getting people on board who are active,” Deepak Reddy, TDP leader and a MLC, told #KhabarLive.

“Even MLA candidates who contested and lost, and went absent following the loss, have been given an ultimatum that if they don’t become active, they would be replaced.” 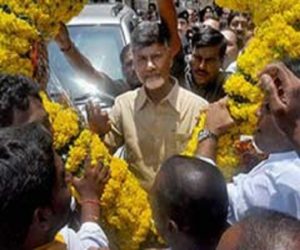 Several party leaders, including Reddy, allege that TDP veterans have gone silent fearing that the ruling government would foist ‘false cases’ on them, which they claim has been the case with some of their other leaders.

Another key issue that the party is grappling with is an internal clash of ideologies between its ‘younger’ and ‘older’ generations.

“There is a serious issue among leaders. For instance, at least 30 younger generation candidates contested in 2019 and most of them were children or siblings of senior leaders. Now in the same constituency, there are senior leaders too and there is a clash of power there,” a party leader told #KhabarLive on the condition of anonymity.

“Even at district and mandal levels, the party made sure youth are at the forefront but in the same districts, there would be a senior leader who would not agree with the younger generation’s ideas and this is creating a lot of issues.”

“There is also no clarity on who does what. There are 25 general secretary and 100 organisational secretary posts in the party, but we do not know what role they should play.  The hierarchy is messed up,” the leader added.

Former TDP MLA J.C. Prabhakar Reddy had just last month attacked his own party leaders, especially in his stronghold Anantapur district, accusing them of not taking care of the party cadre, which he added was leading to a dissent. Reddy also called on Naidu to seriously start caring for the cadre.

“TDP is facing the problems of internal squabbles because they are out of power. If there is confidence in the leadership and a hope that it will come to power, the discontent factions would be submissive. But the TDP is not getting strengthened, going by the recent elections,” senior political analyst Prof Nageshwar Rao said. 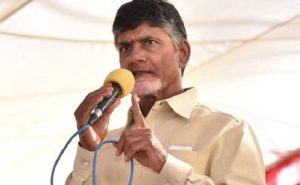 “The TDP leadership is not able to give confidence to its workers. Within the party there is also uncertainty over its future as Naidu would be too old to lead in the coming years.”

Analysts say anti-incumbency against Jagan in urban pockets and among the youth, could benefit the TDP in the long run provided it is able to revive itself and cash in on the situation.

They added that what’s concerning is the party’s future in 2024, when Naidu would be 73 years old and situation could be worse if his touted heir, Nara Lokesh, isn’t ready to take the party forward.

“People in 2014 felt Jagan was too young and he will not be able to handle a new state AP and hence they chose experienced veteran Naidu. Now, the same age factor could become a minus factor for him,” senior political analyst Purushotham Reddy told #KhabarLive.

“People might think why give him a chance at this age and instead prefer the young Jagan. The problem for TDP would be if it has to get Lokesh at the forefront. His comparison will be with Jagan because they’re of the same generation.

“But the question remains — is Lokesh ready to take over? It does not look like that in the current situation; so, he needs to rework on himself and give people that confidence because they don’t have that on him right now,” Reddy added.
“Lokesh does not have any successful political journey. Even the party is not pitching him well — if there’s a serious situation, we still see Naidu at the forefront.”

When #KhabarLive had earlier spoken to Nara Lokesh about him taking over the reins of the party, he had said it was still “soon” for that and that the party was working to help Naidu. Lokesh was a minister during his father’s regime and contested an election for the first time in 2019 but lost. #KhabarLive #hydnews