As the unauthorised cab drivers nudging out the app-based cabbies, the passengers arriving at the Rajiv Gandhi International Airport (RGIA) are going through a harrowing experience. 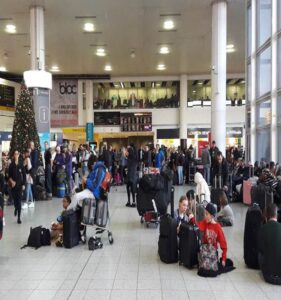 The app-based cab drivers are reluctant to go to the airport as they cannot compete with the unauthorised colleagues and have to return without customers for nearly 20 to 25 km, which they cannot afford.

For the past year, there have been complaints galore over the non-availability of app-based drivers as unauthorised cabbies, who are referred to as ‘hunters’, persuade and hijack the passengers. With a lack of assistance on landing and non-functional booking kiosks, the passengers are forced to give in to these ‘hunters’.

ALSO READ:  It's Time For Telangana Farmers To Get Their Dues

The practice has gone out of control in recent months and authorities remain helpless. Most of the domestic travellers have started taking their own vehicles to the airport if they have a couple of days of work in some other city.

“I stopped booking cabs as they are cancelling at the 11th hour, impacting all my plans. Back in February, I complained to authorities but of no avail,” said Vinod Kanumala, chief functionary of the Indian Federation of Road Safety.

Following Vinod’s tweets, RGIA police then tweeted: “We are booking cases against them. For the safety of passengers, we are running the help desk and also a women’s help desk at the airport. We are also arranging regular pickets and patrolling duties. Even now if any such incident comes to our notice, we take immediate and necessary action.”

Like Vinod, many other passengers stopped booking cabs and are now taking their own vehicles to the airport. Some are urging the RGIA authorities to resolve the issue, while others want the TSRTC to run more services between the airport and major areas of Hyderabad city.

“Recently, I had to drive to the airport four times and park the car there for two days,” tweeted Ravi Varma, complaining against the cab drivers, tagging this time to Minister KT Rama Rao. On November 26, he complained about bargaining drivers, who were harassing passengers, even as app-based bookings were not working.

However, as per the cabbies, app-based cab drivers were avoiding going towards the airport, fearing 20-25 km of dry run. Even if they wait in queue for five to six hours, these “hunters” snatch away their business. 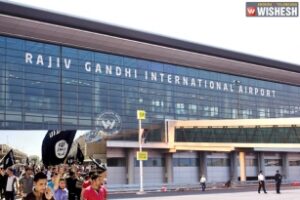 “On several occasions, we have lodged complaints with both RGIA and local police authorities. These “hunters” force the passengers to cancel pre-booked cabs while luring them with better offers. Those who are waiting for long hours are at the receiving end and hence airport business has turned not very attractive,” explained Shaik Salauddin, chairman, TS Taxi and Drivers JAC.

He pointed out that most of the cab booking counters at RGIA have remained non-functional.

Meanwhile, the RGIA authorities say that they were working out a formula to control the menace in light of the TS Prevention of Touting and Malpractices against Tourists and Travellers Act, 2021, whose provisions came into force in October. “We will be coming out with a solution in the light of this Act, after taking into consideration the opinions of the stakeholders,” informed an official. #KhabarLive #hydnews