Food lovers no longer have to live with only nostalgia, as Hyderabad House restaurant was re-launched last month in Hyderabad.

Finding delectable Deccani cuisine in the city has always been a little difficult, given that most restaurants have standard menus – a combination of soups, starters and north and south dishes – devoid of it. All that barring the Biryani of course, which is the undisputed king in most menus.

And that is where Hyderabad House, a brand known to serve traditional Hyderabadi dishes like Kheema Lukhmi, Haleem, Marag etc., comes into the picture. Scores of Hyderabadis, including many abroad, were left disappointed when the restaurant chain shut shop in 2014 (due to a host of reasons). It left a gap which no restaurant was able to fill. There was a lot of nostalgia left afterwards.

However, fans no longer have to be disappointed as Hyderabad House was re-launched last month on November 21. The new outlet (technically old!?) has been set up at Sardar Patel Road, just before the Rasoolpura Junction. It may be noted that it is also a quick serve restaurant and not a fine-dining place.

ALSO READ:  A 'Plateful Of Culture' - Does 'Hyderabadi Cuisine' Merit A 'Heritage Tag'?

The menu is also fairly restricted, but perhaps that is what is most needed in today’s world of endless food options in menus. Zubair Ahmed, the son of Hyderabad House’s promoter Mir Mazharuddin, told #KhabarLive that as of now this is the only outlet that they are running, and that he will not compromise of the quality of the dishes sold.

“There is a lot of nostalgia about Hyderabad House. My father and his brother were well known here for their catering business. That’s how it started and we opened the first branch at Masab Tank in 1998 and later opened other outlets. Due to a host of reasons, those ran into losses so we had to shut those down,” Zubair told #KhabarLive.

Let’s get to the food!

Food reviews are always subjective, but most Hyderabadis know what good food is, or at least that’s what we’d like to assume. So for this review, we stuck to two starters, Marag, Haleem (which is available everyday for those who crave it beyond Ramzan) and Biryani. So here goes:

ALSO READ:  No 'Haleem' During Ramzan Month Due To Covid Pandemic In Hyderabad

1. Kheema Lukhmi/Shikampur kebab: Finding a mutton stuffed Lukhmi in Hyderabad these days is a rarity, and Hyderabad House did a fine job. Served hot, and with chutney, one won’t have to hunt for meat inside, which is most important. (other notable places that also serve this not-so-common dish are Khan Miya, Fanooz, Shadab in the mornings and a few others). The Shikampur also did not disappoint, and was up to the mark.

2. Marag: This is another item which is not very easily available in menus across restaurants in Hyderabad. Most important here is the mutton which needs to be cooked well, or else it can ruin the entire experience. Here also Hyderabad House did a perfect job. (I can think of Hotel Sohail at Malakpet which is also usually very good as another option).

3. Haleem: This was honestly a surprise, given that I didn’t go there with the intention of eating this. But it was perfect! In fact, I must admit that I enjoyed this more than the Biryani itself (honestly though, I’d always recommend or argue that Biryani alone in itself is a wholesome dish and should be relished alone). For Haleem lovers, Hyderabad House is certainly a must. A thumbs up for this from my end!

4.Biryani: The best is always for last. And the Biryani did not disappoint either. Unlike the usual spiced up version we get in most restaurants, the quantity and quality were both up to the mark. Some may find this a little dry, but nevertheless it was good. And we can only hope the brand is consistent with the taste and quality of its food this time around. #KhabarLive #hydnews 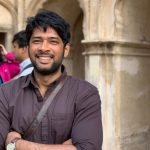 (About the author: Yunus Y Lasania – Over 9 years of experience in reporting, he is a journalist who has worked with 3 national dailies in his career. He last worked as the state correspondent for Andhra Pradesh and Telangana with Mint (HT Media). The Hyderabad History Project, and is also the host of Beyond Charminar, a podcast series on the history of Hyderabad, focusing on the lesser known aspects of his city.)

Understanding The Significance Of Energy Transition