The ‘Bulli Bai’ app controversy, the latest in a series of such attempts over the last few months at shaming and objectifying outspoken Muslim women in the public sphere, has brought to the fore again the need for reform in the legal mechanism to deal with the harassment of women online in India through foreign-based platforms. 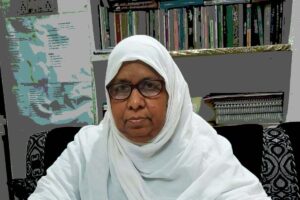 On January 1, the Mumbai Police registered a case against the developers of an app, “Bulli Bai”, hosted on GitHub, which used photos of approximately 100 Muslim women, obtained and doctored without their permission, to mock-auction them to other users on the app. First information reports (FIRs) were also registered against Twitter handles that promoted the app. Based on a complaint by Hyderabad’s social activist Khalida Parveen, an FIR against the now-deleted app has also been registered in Hyderabad. The National Commission for Women too, wrote to the Delhi Police Commissioner, to immediately register an FIR.

This is not the first time something like this has happened. In May 2021, a YouTube account, under the name ‘Liberal Doge’, mock-auctioned off Muslim women from India and Pakistan to its 87,000 strong audience. Then in July 2021, an app called “Sulli Deals”, also hosted on GitHub, generated profiles of more than 80 Muslim women, using images from their social media, and described them as “deals of the day”. The police had registered an FIR against unknown persons at the time, but no arrests were made. Thereafter, in November 2021, accounts on the popular social audio app, Clubhouse, were also created to mock-auction Muslim women using the Sulli Deals tag.

In all instances, outspoken women from mostly Muslim backgrounds have been listed, and their pictures morphed. These include Ismat Ara – an investigative journalist, Sayema – a radio jockey, Shabana Azmi, Swara Bhasker – actors, Fatima Nafees – the 65-year-old mother of Jawaharlal Nehru University student Najeeb Ahmad, who disappeared from his campus in 2016, and Pakistani Nobel Peace Prize laureate Malala Yousafzai, among many others. Some of the profiles that have been generated on the app are of teenage girls. Both “Sulli” and “Bulli” are derogatory slangs used to refer to women belonging to the Muslim community.

Imagine waking up to the horror of seeing one of your worst nightmares come true. This still stands far from conveying the accurate experience several women in the country have been going through since the dawn of 2022. More and more Muslim women have been approaching police after finding their photographs put for auction through the Bulli Bai app.

Repeated incidents of women’s photographs being uploaded and auctioned on Github directly points towards a disturbing trend for online safety. 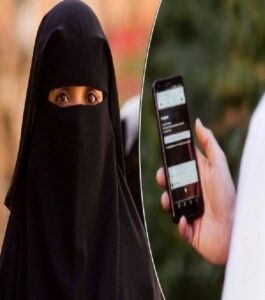 Two women from Hyderabad became victims of the shady app. They open up to CE about the harrowing experience. Speaking about how it all started, one of the victims, a city-based journalist, says, “One of my social media acquaintances reached out to me saying that they saw my name on the app.” Once she learnt of it, she rushed to look for it herself. “I checked the database file that got archived and found my name on it too,” she says.

A sociopolitical activist is the second woman from Hyderabad whose photo was morphed to be auctioned through the Bulli Bai app. “Three days ago, I was consoling another woman who told me that her pictures were put up on the app. When I learnt that many such women were being targeted, I took the mic and demanded that the perpetrators be punished. I told her not to worry and that we are all with her in this. I told her that she has nothing to be ashamed of and the culprits will pay for their deeds. My heart pained as I comforted her because it was shocking to know that something like Sulli Deals (which made headlines last year) was making a comeback with this app.”

Cyberviolence, especially that with sexual overtones such as the Bulli Bai app, is a symptom of a bigger problem – a society that deprives women of their right to equally participate in political, social, and cultural life; one that is mysoginistic and Islamophobic.

But, little did the activist know what was to come a day later. She was in a meeting and was in for a rude shock when somebody called her up to inform her that she was the latest victim whose photograph has been put for auction on the the app. “I asked them to share some screenshots or proof and was shocked to see my picture on the list.”

But her only reaction to what happened to her was that of pity. “At that very moment, I felt pity for the mindset of the perpetrators. I knew that women between ages 20 and 30 were being targeted on the app, but to think someone would do that to me is just so sad. It reeks of their rotten mindset,” says the 67-year-old activist.

Agitated and determined to put an end to this, she wasted no time and rushed to police. “I consulted my advocate and lodged a complaint. I realised that social media, too, is a great way to garner support and be vocal. So, I took that route too. The cops responded to our tweets, took our issue seriously and assured speedy justice.” 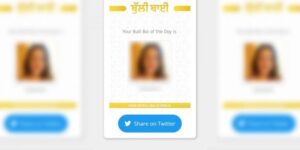 A day later, she approached the Women’s Commission where several activists from the city, Muslim and non-Muslim, vowed to fight this with her. The activist believes that she and many vocal Muslim women like her were being targeted for a reason. “We had demanded the arrest of people like Narsighanand Giri, who had made vile comments about Muslim women and Islam. We even spoke against provocative speeches made by Kalicharan Maharaj. The radicals felt pressured, with even the international media watching us. These people behind Bulli Bai and Sulli Deals aim to shut us up. It’s either that or to divert people’s minds from these and other important issues.”

Asserting that such plans would backfire, she says, “Whatever the reason, this is us telling them that we won’t stay silent. Despite the backlash, Shaheen Bagh went on strong. So, things like this won’t silence us. If anything, we’ll come back stronger and louder. Let them do whatever they wish to, we won’t let them change the true fabric of India — will fight hate by promoting love.”

Meanwhile, the online gender based violence is just as harmful as offline violence, and is rooted in the gender equalities persistent in society. Not only will continued online violence such as this have a chilling effect and lead to self-censorship by women, it will also have long-term mental health consequences if left unaddressed.

Cyberviolence, especially that with sexual overtones such as the Bulli Bai app, is a symptom of a bigger problem – a society that deprives women of their right to equally participate in political, social, and cultural life; one that is mysoginistic and Islamophobic. In this case, the targeting of vocal women, largely belonging to a minority community, is an express assertion of power. This power imbalance must be addressed with awareness programmes and complaint and protection mechanisms, accompanied by strong punishments that will deter such behaviour in the future. #KhabarLive #hydnews