Hyderabad’s prominent personality Dr.Krishna Ella is recently conferred with the Padma Bhushan award by the government of India. Covaxin’s success proves that Bharat Biotech and Dr Krishna Ella’s efforts were on the right path and it is time to wear the ‘Made in India’ badge more confidently. 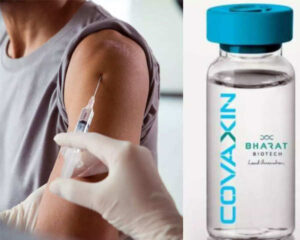 As COVID-19 ravaged the country, stealing people of their loved ones and hope, several superheroes emerged from ordinary citizens as well as big corporations to help the country grapple with the unprecedented crisis.  Among the changemakers of Ibdia, Bharat Biotech that braved all odds and criticism to give India its first homegrown vaccine just on time. As its founders Dr Krishna Ella and his wife Suchitra Ella are conferred the Padma Bhushan, we bring you their journey of vaccinating India.

It was a big day for Dr Krishna Ella, Chairman and Managing Director, Bharat Biotech, when India approved Covaxin, along with Covishield, for emergency use on January 3, 2021. But the sense of glory was short-lived as it was followed by constant criticism and the various scanners that the vaccine was put under. There was also the indignation for vaccine shortage that had gripped the country. The World Health Organization’s pending approval for its emergency use only made things tougher. It seemed like people had little faith in a vaccine made in India to fight COVID-19. 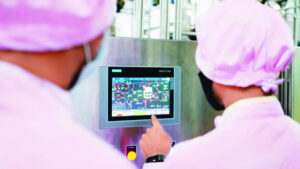 Today, the same people who questioned the efficacy of the vaccine are getting the jab confidently. As of November 15, 2021, 126.8 million doses of Covaxin have been administered in India.

With Covaxin’s efficacy proven against most variants of Covid-19, the criticism and questions have finally died down. But for Dr Ella, the pain remains. “Many people, who have never been involved in the development of a single vaccine, criticised every ef- fort of ours without understanding the technical, clinical, commercial, or regulatory complexities. It was disheartening but we soldiered on because we were acutely aware of the critical importance of what we were doing,” he says.

While Bharat Biotech already had experience in developing vaccines for rotavirus, typhoid and Japanese encephalitis, coming up with a vaccine for COVID-19 was different. Normally, a vaccine takes more than a decade to be developed and here we were, looking at a vaccine in weeks.

The announcement by PM Narendra Modi on August 15, 2020, only added to the pressure. But Dr Ella took the announcement as a challenge. “One of the most difficult parts was transporting the live virus from NIV Pune to the Bharat Biotech campus in Hyderabad. Our team took Biosafety Level 3 for live viruses to execute the transportation. They had to personally travel from Pune to Hyderabad by road, taking utmost precautions to safeguard their own lives and those of others,” he says.

ALSO READ:  ‍‍Is IT Meltdown A Sign Of Dotcom Bubble Burst In 2022?

Several teams were formed to work parallelly. Hundreds of experiments were designed and executed simultaneously to obtain varied data read-outs. A specific adjuvant (a substance that increases or modulates the immune response to a vaccine) for Covaxin was developed in partnership with the Indo- US Vaccine Action Programme, a bilateral program between the Indian and US government. 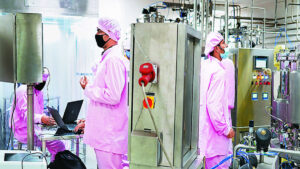 “We finally developed the prototype vaccine within a few weeks and immediately initiated quality control testing for safety, immunogenicity and virus characterisation. Ani- mal testing was commenced within the first month of the availability of vaccine candidate, and human clinical trials were initiated during the third month,” says Dr Ella.

The pressure was high on Bharat Biotech also because they were not only involved in the manufacturing and quality control testing but also in product development and large-scale clinical trials of the vaccine. It hired several hundred more people to help bring out the vaccine in record time.

The company also collaborated with the Indian Council of Medical Research (ICMR) for its highly characterised virus strains and expertise in virology. “We continue to maintain an excellent working relationship with ICMR and NIV Pune from our partnership for JENVAC, our Japanese encephalitis vaccine,” says Dr Ella.

But dealing with criticism was difficult for Bharat Biotech. “Vaccinology is a complex science requiring expertise from more than 50 academic disciplines ranging from biological sciences, mathematics, engineering, medicine, veterinary sciences to electronics, chemistry, physics, statistics and so on. Very few novel vaccines have been developed in India,” he says.

Regarding the delay in the WHO approval, Dr Ella clarifies that it is in accordance with the time taken by the organisation to approve other vaccines for Emergency Use Listing (EUL). “The timeline for EUL for a vaccine has to be calculated from the availability of its phase III efficacy results and submission of data to the WHO. In the case of Covaxin, phase III efficacy data was available in June 2021. Data submission to the WHO began on July 6, 2021, and EUL was received within four months,” says Dr Ella.

As of now, the company is concentrating on the vaccine use on children. The trials for pediatric indication for Covaxin have been completed and submitted to the Central Drugs Standard Control Organisation (CDSCO) and have been approved by its Subject Expert Committee. The final approval from the Drug Controller General of India (DCGI) is awaited. “We have also submitted this data to several other countries that have recognised Covaxin as one of the safest COVID-19 vaccines for children,” says a confident Dr Ella. #KhabarLive #hydnews