The fate of folk artists,  dancer will change with this year Padma Shri awardees in Telangana. Kinnera artist Darshanam Mogulaiah, singer Sinneri Ramachandraiah and dancer G Padmaja Reddy won the Padma Shri awards for 2022 for their extraordinary performances and services to their respective fields. 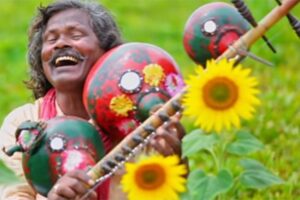 Kinnera artist from Telangana, Darshanam Mogulaiah, is elated with the honour bestowed upon him. The 67-year-old from Nagarkurnool district’s Avusala Kunta village was announced as the recipient of the fourth highest civilian award, the Padma Shri for 2022. The award has given a fresh lease of hope to the Kinnera artist, as he is now hopeful that the government will take some initiative to preserve the art form.

“Kinnera would have died along with me, as nobody knows how to play the instrument, but now others will be encouraged to learn it,” Mogulaiah says that he is the only artist who can play the 12-step Kinnera, and intends to keep the music alive by sharing his knowledge with others. “The art should survive, and steps should be taken towards it,” he says.

ALSO READ:  How 'RTI Commissions' Are Functioning In Telugu States?

Kinnera is an exquisite string instrument made with a long bamboo neck and dry hollow pumpkins that work as resonators. The strings are made of animal nerves, which have now been replaced with metal. Kinnera is synonymous with Dakkalis, a Dalit community and the Chenchus tribe. Mogulaiah belongs to Dakkali community, categorised as Scheduled Caste. People from Dakkali community seek alms for a living from the Madigas, also a Dalit community, by singing their praises.

Coming from an extremely marginalised background, Mogulaiah had expressed regret at not being able to provide a good life to his children when several news channels interviewed him after Tollywood star Pawan Kalyan offered him an opportunity to sing for his film Bheemla Nayak, four months ago.

The government, which learnt about his plight, had provided him with a monthly salary of Rs 10,000. “I thank the Telangana government for all their help. They helped me earn the prestigious award by identifying my talent and constantly encouraging me. I particularly thank the Department of Language and Culture,” Mogulaiah says.

ALSO READ:  Why The Holy Books Mention 'Good Doctor' Is Equa To 'God'?

The ease with which Mogulaiah sings the stories of Panduga Sayanna, Miya Saab, Endematla Fakeeriah – all popular folklore heroes – earned him the Ugadi Puraskar award in 2015 from the Telangana government. 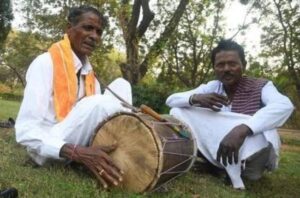 Along with Mogulaiah, two other artists – Sakinam Ramachandraiah, a singer, and G Padmaja Reddy, a Kuchipudi and Kakatiyam dancer – from Telangana have won the Padma Shri title for the year 2022.
Ramachandraiah, a native of Kothagudem Bhadradri district, belongs to the Koya tribe. He is believed to be the only man from the community who can recite the oral history of his tribe, an ancient practice.

“From the age of 12 my father has been practicing this art,” says Babu Rao, Ramachandraiah’s son. “For four generations this art has been passed on. My father can flawlessly recite the history of Adivasis, our culture and our gods. Now I am also trying to learn it, but it’s still a long way to go. But to preserve our culture, I am documenting this art form so that our young children will be educated about our glorious culture and tradition,” he adds.

ALSO READ:  'KCR Or Any CM Has To 'Bow His Head' And 'Hold Umbrella' Before Us': Akbaruddin Owaisi 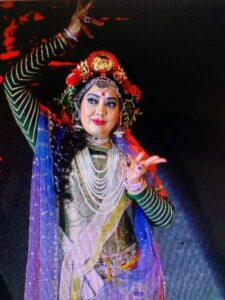 Padmaja Reddy has been awarded the Padma Shri for reviving the Kakatiyam dance form, which was created from folklore from over 1,900 years ago in the Kakatiya dynasty. The dance was composed from the book Nrutya Ratnavali, which took three years of research, according to the awardee. “With the award I feel like I have been given a lot of responsibility,” she laughs. “I am extremely grateful for the honourable recognition.”

Recalling her efforts to revive the Kakatiyam dance form, she says, “The dance form was written, it was theoretical. I had to present it in a visual manner. It was a great experience.” #KhabarLive #hydnews