Many gas-filled crematoriums are lying defunct, whereas a few others are awaiting for inauguration in pandemic time.

The surge in the prices of commercial LPG (liquified petroleum gas) cylinders has hit the operations of several crematoriums in the city, said sources. Some crematoriums are lying defunct, whereas a few others are awaiting inauguration. 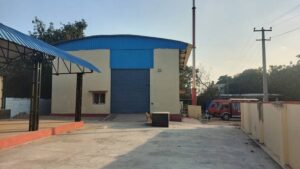 For instance, the dual gas-and oil-fired crematorium adjoining SP Nagar graveyard in Malkajgiri has been awaiting inauguration for a few months now. A worker overseeing activities at the Hindu graveyard said that using commercial LPG cylinders to cremate bodies has become economically non-viable. Notably, the company that has the contract to run the crematorium has already installed machinery worth Rs 45 lakh.

“Several factors have contributed to the delay in starting operations. One is definitely the rising prices of commercial LPG cylinders. The price of a cylinder has risen almost 70 per cent over a short period of time… It won’t be possible to cremate bodies now at rates fixed by the corporation a year and a half ago,” said an official from the Chennai-based contracting agency.

In Hyderabad, a cylinder of commercial LPG has risen from Rs 1,180 in May 2020 to Rs 2,278 in December 2021. The agency said the Greater Hyderabad Municipal Corporation (GHMC) should raise the rate of cremation to Rs 9,000 from the existing charge of Rs 8,000. The facility can house up to 20 cylinders at a time and at least a cylinder and a half are required to cremate a body. The company also said that it is difficult to find operators to run the machinery. 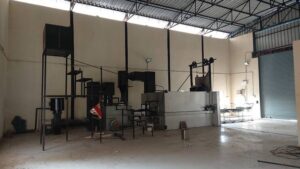 The in-charge of another oil- and gas-fired crematorium at Hindu Smashana Vatika in Vijayanagar Colony blamed the GHMC for the delay in starting operations. According to a source, the facility has been ready for over a year and a trial cremation was performed several months ago.

“We have not heard from the GHMC for four months now. Some people enquire about LPG cremation because it is a faster process. We need about 12 cylinders (commercial) to start operations but the GHMC has not given us anything yet. We do not know the reason,” said Sudarshan, who has received training in operating the furnace.

A similar LPG-powered crematorium was inaugurated by the GHMC at the Hindu Smashana Vatika in Moosapet in April 2021. Established at a cost of Rs 90 lakh, GHMC officials had reportedly termed it as an asset during the Covid-19 pandemic. But Singuri Shivalingam, whose family has been running the crematorium for centuries, said: “We won’t allow cremation of Covid-19 bodies here. Moreover, the LPG crematorium has been lying defunct for several months now.”

According to him, the LPG-fired crematorium has handled only eight to 10 bodies in two months of its operation. “It has been lying defunct for three months now. The machine is not stable. There are not many takers. We did wonder why such a crematorium is being set up inside a traditional graveyard, especially when the public preferred traditional means of cremation,” added Shivalingam.

According to the Corporation, there are a total of 11 oil and gas-fired crematoriums across six zones of the GHMC.

When contacted, Mayor Gadwal Vijayalakshmi admitted that certain technical issues have been plaguing the gas crematorium at Moosapet. “Modernizing graveyards is one of our highest priorities. Some are already functional; some are at different stages of completion. We are going to inaugurate them soon,” she said.

Another LPG-powered crematorium located in a slum at Sankeshwar Bazar in Saidabad, too, has been out of use. The crematorium, according to Ram Reddy, who is in charge of the graveyard, has been ready for a year but has not been used even once. “There is a lot of protest from people living in the vicinity. Especially in the wake of the Covid-19 pandemic, people are concerned about the smoke from the chimney. Rising LPG cylinder prices is also a concern,” Reddy said.

At the peak of the first and second waves of Covid-19, when graveyards were overwhelmed with the number of bodies, people turned to electric crematoriums. However, many of these crematoriums run by the Corporation have been out of operation since.

ALSO READ:  How To 'Help The Birds' This Summer In Hyderabad?

There are two electric furnaces at Bansilalpet cremation ground in Secunderabad, two at Amberpet, one in Panjagutta, and one in SR Nagar. Notably, owing to objections from the public, operations have been stopped at Bansilalpet for a long time now. At Amberpet and Punjagutta, operations have been stopped due to lack of patronage and huge costs involved in maintenance. “In general, patronage has been very poor in Hyderabad.

“There are objections from people due to various misconceptions. Our officials and corporators have been trying to educate the public. People don’t prefer electric crematoriums because of the odour they emanate. They object to the use of LPG because they associate it with cooking food. That is why they choose traditional firewood for cremation,” the mayor added.

Acknowledging that rising prices of commercial LPG cylinders is a concern, the mayor said, “Gas crematoriums are a necessity today and the GHMC has fixed the price of cremation per body at Rs 8,000.” #KhabarLive #hydnews