The ace cricket pacer of Team India Mohammed Siraj in a Informal chat with #KhabarLive has opened up on his conversation with sharing best spent time with Virat Kohli after his fantastic performance in India’s tour of Australia and many more good personal and professional memories during a short visit to Hyderabad recently. 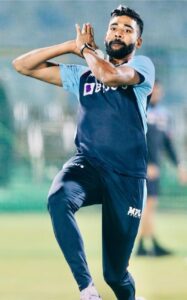 On the back of a personal tragedy, Siraj made his Test debut Down Under during the Boxing Day Test at the Melbourne Cricket Ground (MCG). He picked up a total of five wickets as India sealed the game by eight wickets.

In the series-sealing Test at Gabba, Siraj bagged his maiden five-wicket haul and finished the series as India’s leading wicket-taker with 13 scalps.

Siraj, who is one of the three players retained by Royal Challengers Bangalore (RCB) ahead of the mega auction, spoke to RCB’s Podcast about various things, including the time when he thought his Indian Premier League (IPL) career was over and the memorable Australia tour amid difficult time for him as he had lost his father just before making his Test debut.You can catch all the latest news and updates about Siraj, the IPL and other cricketing events on https://in.pokermatch.com/en_in. 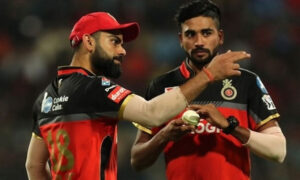 IPL 2019 was a forgettable campaign for both RCB and Siraj. The 2016 finalists started the tournament by losing six straight games. In the nine games that Siraj played, he conceded at an economy of 9.55 and took a mere seven wickets.

In a game in the 2019 edition, Siraj leaked five sixes in his 14-ball spell as Kolkata Knight Riders (KKR) chased down 205. 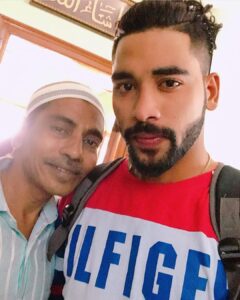 “When I bowled those two beamers against KKR, people said ‘quit cricket and go back and drive autos with your father’. There were so many such comments. And people don’t see the struggle behind all this. But I remember when I first got selected how Mahi bhai [MS Dhoni] told me to not listen to everything the people have to say about me. ‘You do well today and they’ll praise you and when you don’t the same people will abuse you. So don’t ever take it seriously.’

And yes, the same people who trolled me incessantly back then say ‘you’re the best bowler bhai’. So, I know. I don’t want anybody’s opinion. I’m the same Siraj I was back then,” added Siraj, who went on to redeem his IPL career the following season.

In IPL 2020, interestingly against the same opponents – KKR, Siraj bowled an excellent spell of 3 for 8 as he became the first bowler to bowl two maidens in the history of the tournament.

ALSO READ:  Inside Story Of Rajasthan Royals - A Review

“2019 the performance with RCB was so bad that I thought that’s the end of my IPL career. But then I realised that I still have age on my side. So I decided to trust myself a bit and thankfully the RCB management also backed me a lot at that time. I almost thought any franchise in their position would have let go of a bowler after that kind of performance, but they backed me and then 2020 the game against KKR was a life-changing game for me,” said Siraj. 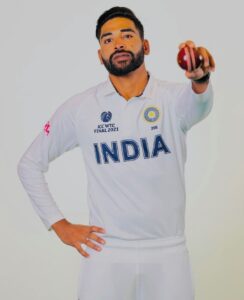 Siraj was included in India’s squad for the Australia tour on the back of his impressive performances in the IPL 2020. While the tour Down Under would go on to be one of the best moments of his career, it happened amid a personal tragedy.

“Dad wasn’t keeping well in 2020. So whenever I used to speak to him, we were always crying on the cal. So I didn’t talk a lot with him because he’d keep crying and it made me feel very helpless,” Siraj revealed.

“When the IPL got over, nonbody told me dad was so seriously ill. Whenever I called or asked, they’d say he’s sleeping or he’s resting, so I’d tell them okay don’t disturb him. It was only when I reached Australia that I got to know that dad was in such a critical condition. I fought with my entire family … ‘why didn’t you tell me sooner’. They’d say we didn’t want it to affect your career or your concentration and it made me angry. I told them if you would’ve told me earlier I would have at least met him before leaving for Australia.

ALSO READ:  What Would Cricket Star Dhoni Have Done For IPL 2018?

When he finally spoke to me, all he asked of me was to focus on playing for the country, fulfilling my dream and making the country proud. That’s all I remembered and that’s the only reason I stayed back, because my dad wanted me to play for my country and make my country proud. I thought of leaving the day he passed, but his words were the only thing that kept me back in Australia,” added Siraj, who now has played 12 Tests for India.

“My dad used to save the cut-outs from newspapers if my photo got published after a good performance and standing there [on Test debut] singing the national anthem I couldn’t stop thinking how proud he would have been and how proud he would have been of me seeing him in India jersey, playing for the country. His words kept ringing in my ears even as I sang the national anthem,” added Siraj. #KhabarLive #hydnews