Over 92% electoral bonds sold in the last four years were of Rs 1 crore denomination in Telugu States. 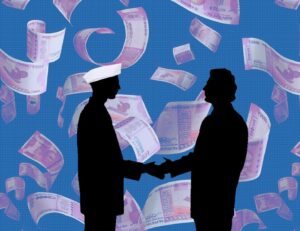 Even as two petitions challenging the constitutional validity of the electoral bonds are awaiting adjudication in the Supreme Court, data obtained through the Right to Information Act has revealed that in the 18 phases of sale of these bonds over four years – from 2018 to 2021– over 92% of the bonds sold were of the Rs 1 crore denomination. This, transparency activists insist, shows that most of the large anonymous political donations through the scheme are from big companies eyeing bigger returns.

So far there have been 19 tranches of sale of electoral bonds, through designated branches of the State Bank of India. The last round of sale took place from January 1 to 10 this year.

The capital/reserve fund is the amount set aside by the parties after subtracting liabilities from the total assets, every year, for party expenditure. The assets include fixed assets, loans & advances, deposits made, investments, etc. 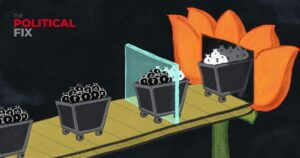 ADR used the data from the audited accounts submitted by the national and regional political parties to the Income Tax Department and the Election Commission of India to prepare its report- “Analysis of Assets & Liabilities of National & Regional Political Parties – FY 2019-20”.

Of the total YSRCP’s assets, Fixed Deposits/FDR constituted the largest share of Rs 135 crore followed by other assets worth Rs 7.562 crore.

Interestingly in the FY 2019-20, among the total 44 regional parties, TDP declared the highest total liabilities of Rs 30.342 crore followed by DMK which declared Rs 8.05 crore. TRS has only Rs 4.41 crore and YSRC just Rs 0.29 crore of liabilities.

These guidelines lay down principles of recognition, measurement and disclosure of items of income, expenditure, assets and liabilities in the financial statements of political parties.

According to data gathered by RTI activist Commodore Lokesh K. (retired), in the last four years 15,420 electoral bonds worth nearly Rs 7,995 crore were sold (Rs 7994,97,75,000 to be precise). Of these, 15,274 electoral bonds worth over Rs 7,974 crore were encashed. So only bonds worth a little over Rs 20 crore remained uncashed. These were subsequently transferred to the Prime Minister’s National Relief Fund.

In response to an RTI application filed by Lokesh on October 28, 2021, the State Bank of India informed him on November 18 that in the last four years – 2018 to 2021 – during the sale period of the 18 tranches or phases, the electoral bonds were sold through 17 of its branches. 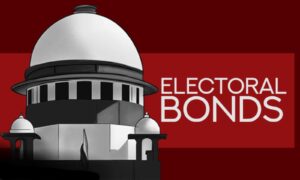 In response to an RTI filed by Lokesh on October 28, 2021, the DEA responded on November 19 with the details of the printing of electoral bonds.

Further, the DEA said “the amount for printing of EBs was paid from the budgetary head ‘2052 Secretariat General Services’ under demand number 27 of the department for the financial year 2019-20″.

Opacity of donations through electoral bonds remains a major concern 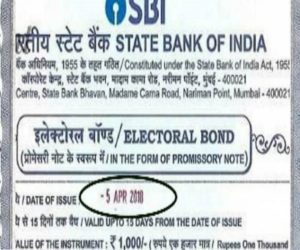 While the electoral bond scheme was introduced with the Finance Bill 2017 and notified in January 2018 to provide funding to political parties which have secured not less than 1% of the votes polled in the last general election to the Lok Sabha or a state assembly, the manner in which it allowed anonymous donations and most of the funds went to the ruling BJP had raised eyebrows.

The first to raise a red flag was the Election Commission, which in 2017 itself raised serious concerns about the scheme. Subsequently, a number of petitions have been filed in the Supreme Court since 2018 challenging its legality. The apex court has twice refused an interim stay on the scheme as sought in its petition by the Association for Democratic Reforms (ADR).

The Communist Party of India (Marxist) had in July 2021 moved the Supreme Court seeking urgent hearing of a batch of petitions that had challenged the constitutional validity of the electoral bonds scheme. In its petition, the Left party had stated that the matter pertained to “the right to know and have information of who, rather which entities/corporations are funding our political parties, potential quid pro quos, corruption, etc.”

ALSO READ:  How To Ensure 'Political Funding' In Clean And Transparent Mode?

“It is important for a functioning democracy to have a transparent system of political funding. Since the adoption of the Electoral Bonds Scheme in 2018…there has been a massive amount anonymous donations which challenges the very core of our democratic functioning,” the CPI(M) petition said.

Subsequently, CPI(M) general secretary Sitaram Yechury has on multiple occasions – the last being December 30 evening – tweeted the need for an urgent hearing in the matter. In this tweet, he said, while the petitions remain unheard for more than three years, this has permitted BJP to display obscene money power.

On December 21, the Central Information Commission ruled that voters and citizens need not know how political parties are funded, implying that they cannot be described as “public authorities”.

The issue is electoral bonds. In two decisions on December 21, 2020, a single-member bench of the Central Information Commission (CIC) said that people/citizens/voters do not have or should not have any interest in how, and from where, and from whom political parties get their money.

To quote from one of these decisions, “In absence of any larger public interest warranting the disclosure of the information, there appears to be no public interest in further prolonging the matter.”

This was in response to a second (and final) appeal under the Right to Information (RTI) Act filed by a citizen asking for some information about the electoral bonds encashed by various political parties.

The information commissioner (IC), who formed the single-member bench, passed these orders and appears to be treading on risky territory because, on this very issue of electoral bonds, no less than the Supreme Court of India said on April 12, 2019: “All that we would like to state for the present is that the rival contentions give rise to weighty issues which have a tremendous bearing on the sanctity of the electoral process in the country. Such weighty issues would require an in-depth hearing which cannot be concluded and the issues answered within the limited time that are available before the process of funding through the Electoral Bonds comes to a closure, as per the schedule noted earlier.”

Should the public have an interest in ‘weighty issues which have a tremendous bearing on the sanctity of the electoral process in the country’? This begs an answer.

Infirmities in the two orders do not end here. One of the orders says, inter alia, that “the specific details in respect of the political parties which were not covered within the definition of ‘public authority’ under provisions of section 2 (h) of RTI Act…”

This opens the proverbial Pandora’s box because the matter of political parties being “covered within the definition of ‘public authority’ under provisions of section 2 (h) of RTI Act” has a history. #KhabarLive #hydnews