Fittness is the key mantra for the Tollywood actors. From Vijay Deverakonda having a ripped body for ‘Liger’ to Adivi Sesh’s weight gain and loss journey for ‘Major’, actors from Telugu film industry are setting fitness goals. 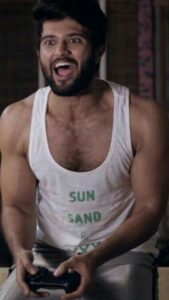 When Telugu actor Vijay Deverakonda released his first look from his Bollywood debut film ‘Liger’, fans were surprised to see his ripped and muscular physical transformation. Similarly, actor Adivi Sesh has created intrigue about his character by playing different age groups in upcoming biographical drama ‘Major’, which also marks his Bollywood debut. While a regular person would work-out on his own or enroll in a fitness plan, actors have to be very particular about their fitness as the requirement of their look changes per every movie. Celebrity fitness coaches talk what encompasses of their workout and the challenges they face when training actors to achieve their targets.

Hyderabad-based fitness coach, Vishwa Bharath, has been training Adivi for his role of 26/11 martyr Sandeep Unnikrishnan. For his role, the actor had to showcase his character’s age graph during different time periods; when he was in school, during his NDA training and after becoming an NSG Commando.

Bharath reveals what went into helping Adivi achieve the target. He tells us, “Initially when we started, he was shooting army scenes when he was the commando. At that point, I think he was around 86 kg. From there we got almost 11-10 kgs down. Luckily what happened with us was since we had 8-9 months of time with us for shooting different parts of movie, it went chronologically for us. Every time he was losing a little bit of weight, at that point we used it to shoot the timeline for the movie. By the time he was lean, he was shooting for the part of a NDA cadet where he is lean and fit.”

Not the one to encourage shortcuts, Bharath reveals that to maintain a certain weight and muscle mass, their focus was fixed on strength training.

“From the start Sesh and I were very clear that we will not get into any kinds of steroids. So, when we started it was mostly about his nutrition and training. Then we started focusing on regularising his training. In his previous movies it was just his acting and story but in this film, he also had to show off his body . He had to work extra time over his body. So, it was a challenge for him but his work ethic is that he is very consistent,” says Bharath.

To  makes ends meet, there were days when both of them ended up training in the actor’s vanity van!

“It did happen because of the shoot schedule or shift from one movie to another movie, so I had to literally go to the sets into his caravan and train him. It did happen few times and few times I had to be on sets of ‘Major’ to ensure that he looks a certain way on the screen in terms of his muscle nature or look he can get to get his basic transformation,” shares Bharath, who also trains actor Rahul Vijay.

While many might think that getting an actor is shape can be the biggest challenge for their trainers, it is actually something else. 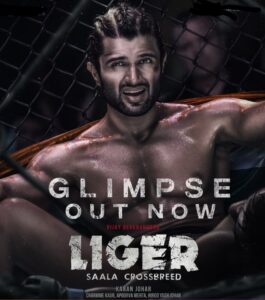 Kuldep Sethi, who has been the force behind Deverakonda’s physical transformation for ‘Liger’ and has been with him for long time reveals that matching their training hours with the actor’s fitness schedule is the biggest challenge for any celebrity trainer.

“Regular people mainly come for fitness and nowadays many people also come for transformations but if they have a specific required look, it can get delivered. However, with actors we have to work around their time period. It becomes a difficult if they are shooting also at that time. Their nutrition has to be taken care, like micro managing the minute details when they are working. Sometimes they have dance scenes and fight scenes,” Hyderabad-based Sethi says.

He adds, “Time constraint is the biggest challenge. Like sometimes what happens is that because of this Covid, what happened with Vijay was that we were training and the lockdown happened. Then suddenly it opened and his shooting also started.

Suddenly the whole schedule became unplanned. So, for example if someone has given me three  months, I know how to work with a particular actor in that time, but sometimes it gets shortened by 15 days. The most important thing is that what happens on set.” So, what kind of diet does he let Deverakonda and other celebrity clients follow?

“I let them eat most of the food. I don’t usually don’t put them on a protein diet or cut on carbs. For a short period of time its fine if you are not taking carbs, but to retain a certain body and to retain mental balance, it is not feasible as they go out and also have a social life. That time they have to be careful what they eat and have to have many options. I don’t cut down their intake. I always tell them to eat like an athlete and not starve themselves. Their body requires food and certain amount of energy and calories to sustain. If you under-eat, you lose out on muscle,” he says.

While the journey of any actor is full of challenges for them and their fitness coaches, it is also important to keep in mind that every body has its own requirement and an actor’s fitness journey cannot be blindly copied by fans.

Adding to this, Bharath says, “When we can see actors transforming in a span of few days or months, it gives a skeptical feeling. People have to understand that something is wrong with them because in a short period of time putting up so much of muscle is a questionable. People need to understand that we can get inspired from the actor but should never compare ourselves with them.

ALSO READ:  Is 'Hyderabad Economy' Paint A 'Grim Picture' In IT Collections?

An actor can transform in a certain way but we cannot get into his shoes. Things are different for a regular person, who is doing a 9-5 job and also has fitness goals as compared to an actor, who is in a shoot and has people who can make things happen for him. So, obviously you can’t compare. You can aspire to be like them but not take direct tips from their training.”

The power of influence that actors hold over their fans, especially in the age of social media is strong. While this can inspire many, an unreal attachment to their idol’s fitness journey can also harm people.

Nikita Jain, Delhi-based Clinical Psychologist and Psychotherapist, elaborates on the thought. “It is important to be mindful when following the fitness journeys of actors. It is unhealthy if you find yourself feeling inadequate or setting impossible to achieve goals. Instead look for actors who promote a healthy body image, give you the right information with the goal being self acceptance, so that you can have a better of quality of life,” she says.

Highlighting the pros and cons of having access to an actor’s body transformation journey, she says, “Social media has always played a crucial role in setting the standards of the ideal body in society. It is healthy when it inspires one to be fit while educating that all bodies are different and no single body type is perfect. Sadly, there is a lot of misinformation and myth around the fitness standards set by actors. I have seen that in the desire to achieve that ideal body, sometimes people end up getting unhealthier.

There is a constant sense of body dissatisfaction, comparison, loss of confidence, fat shaming, and bullying. It not only leads to physical health issues, but also increased mental health issues such as anxiety, depression, body image issues, eating disorders, sexual difficulties, and relationship issues.” #KhabarLive #hydnews