The Andhra Pradesh Employees agitation creates lot of trouble to Jagan government. The reality behind this agitation is shocking according to #KhabarLive sources. 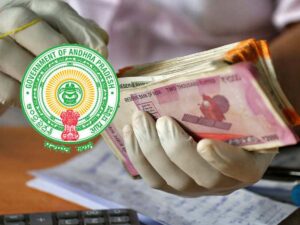 Andhra Pradesh Employees have come out onto the roads to protest against the government on the issue of PRC. As the agitation is growing bigger day by day, the common man is getting the doubt if they are really fighting for a difference of a couple of thousands of rupees in their salaries. #KhabarLive reliable sources reveal some shocking and interesting elements have come into light.

ALSO READ:  The 'Hindu Ekta Manch' Exposed - Those Are 'Heroes' Or 'Opportunists'? 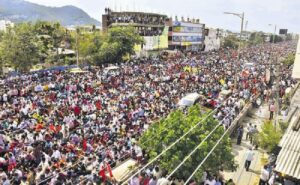 Earlier the people used to make lines with folded hands in front of the government officials at the Taluk, District and State level offices. But now, the government officials have lost their importance and also a lot of ‘extra income’.
This has been disturbing many government employees who are working only with the desire of earning through corruption. That’s the reason they are cursing Jagan Mohan Reddy with cuss words.

“Employees won’t curse Jagan Mohan Reddy just for the sake of Rs 2000-Rs3000. They are worried about losing lakhs of income through corruption. They also lost the scope to show off their power to the general public. This is the reason for this agitation. These corrupted employees motivated the other innocent and fair employees to participate in the movement on behalf of all the employees.

ALSO READ:  Sport In India: In search Of 'Commonwealth' And 'Asiad' Glory

Common man wishes the government of AP to apply ESMA on these government employees without further delay. We don’t understand why Jagan Mohan Reddy is wasting time like this without making the employees’ mouths shut”, said a businessman in Vijayawada.

“We have no sympathy for government employees. They are working by taking public money as salaries. They get increments and their financial lives are secured till they retire. Agitation for a mere cut in their salaries is ludicrous.

Moreover, when the police and military can’t do any protests against the government, how can the other government departments be allowed to do so? If they don’t like the job or salary they can resign and search for any private job. 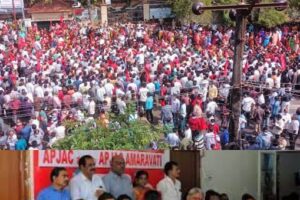 It should be seen if YS Jagan Mohan Reddy can silence the employees like KCR did with RTC employees in Telangana State. This is what the sane common man is expecting from the government now. #KhabarLive #hydnews